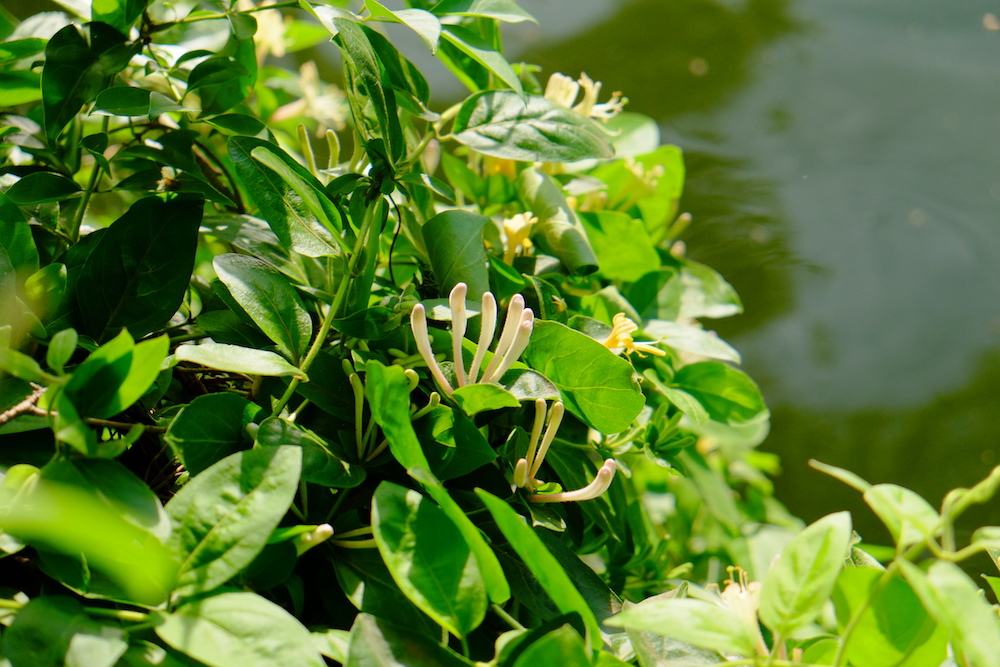 Although Japanese Honeysuckle is a popular ornamental plant, it can easily invade areas disturbed by human activity and out-compete native flora. Photo by Kumiko

Many invasive species are hiding in plain sight at plant nurseries, waiting for unsuspecting gardeners to scoop them up and bring them to a new yard from which to spread. The Southeast harbors some of the most biodiverse ecosystems in the country, but plants introduced by humans threaten the region’s ecology as they encroach on native plant species.

Invasive plants are often characterized by fast growth rates, efficient seed dispersal and rapid germination. They are especially problematic in human-disturbed areas because they often take hold faster than native species. Aggressive invasive species block the amount of sunlight, water, nutrients and space native plant species are able to get. Without natural checks, invasive species can crowd out other plants, diminishing biodiversity and limiting the food available to wildlife.

Below are some of the most common invasive species sold in garden centers. Avoid introducing these into your yard and local ecosystems. 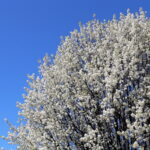 Callery “Bradford” Pear Tree
Pyrus calleryana
Widely used for landscaping in residential areas and appealing for its white blooms in spring, this tree will invade disturbed areas and displace native species, often shading them out. The Callery pear can germinate and grow rapidly, making it an especially aggressive competitor. Photo: Lee Coursey 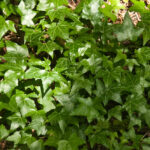 English Ivy
Hedera helix
English ivy is a popular groundcover and is swallowing woodlands and deteriorating structures. This highly adaptive species can cover trees such as maples, oaks and elms. English ivy grows from the ground up into tree canopies, impeding photosynthesis and weighing down treetops, increasing the risk of trees blowing down during storms. Photo: Luke McGuff 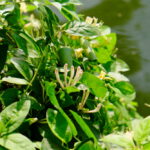 Japanese Honeysuckle
Lonicera japonica
Popular for its sweet-smelling blooms, this vine can form dense mats, invading forest floors and creeping into tree canopies where it shades everything below. Japanese honeysuckle encroaches on habitats such as wetlands, forests, roadsides and disturbed areas. Photo: Kumiko 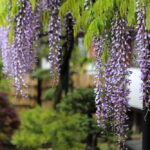 Japanese & Chinese Wisteria
Wisteria floribunda & Wisteria sinensis
Despite its weedy and destructive habits, wisteria is widely sold and planted. This species climbs trees, shrubs and structures, smothering and shading out native species. Japanese and Chinese wisteria also cut through bark, killing trees as it twists around their branches. Photo: mrhayata 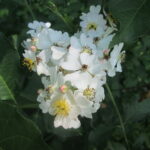 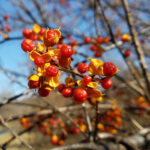 Oriental Bittersweet
Celastrus orbiculatus
A woody vine coveted for its clusters of distinctive red seeds, Oriental bittersweet can climb up to 60 feet into tree canopies and colonize forest edges, roadsides and meadows. This vine rapidly forms dense thickets and has a diverse range, threatening a variety of native species from the ground to the tree canopy. Photo: Jeffrey Shultz 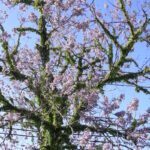 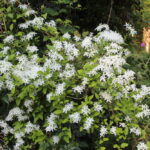 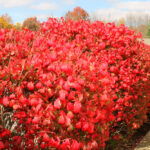 Winged Burning Bush
Euonymus alatus
This popular plant, widely sold for its hardiness and intense red foliage in fall months, forms dense thickets that can displace many native plant species. Instead, opt for a similar variety of this species that is not invasive, Euonymus alatus ‘Compactus.’ Photo: Jack Pearce