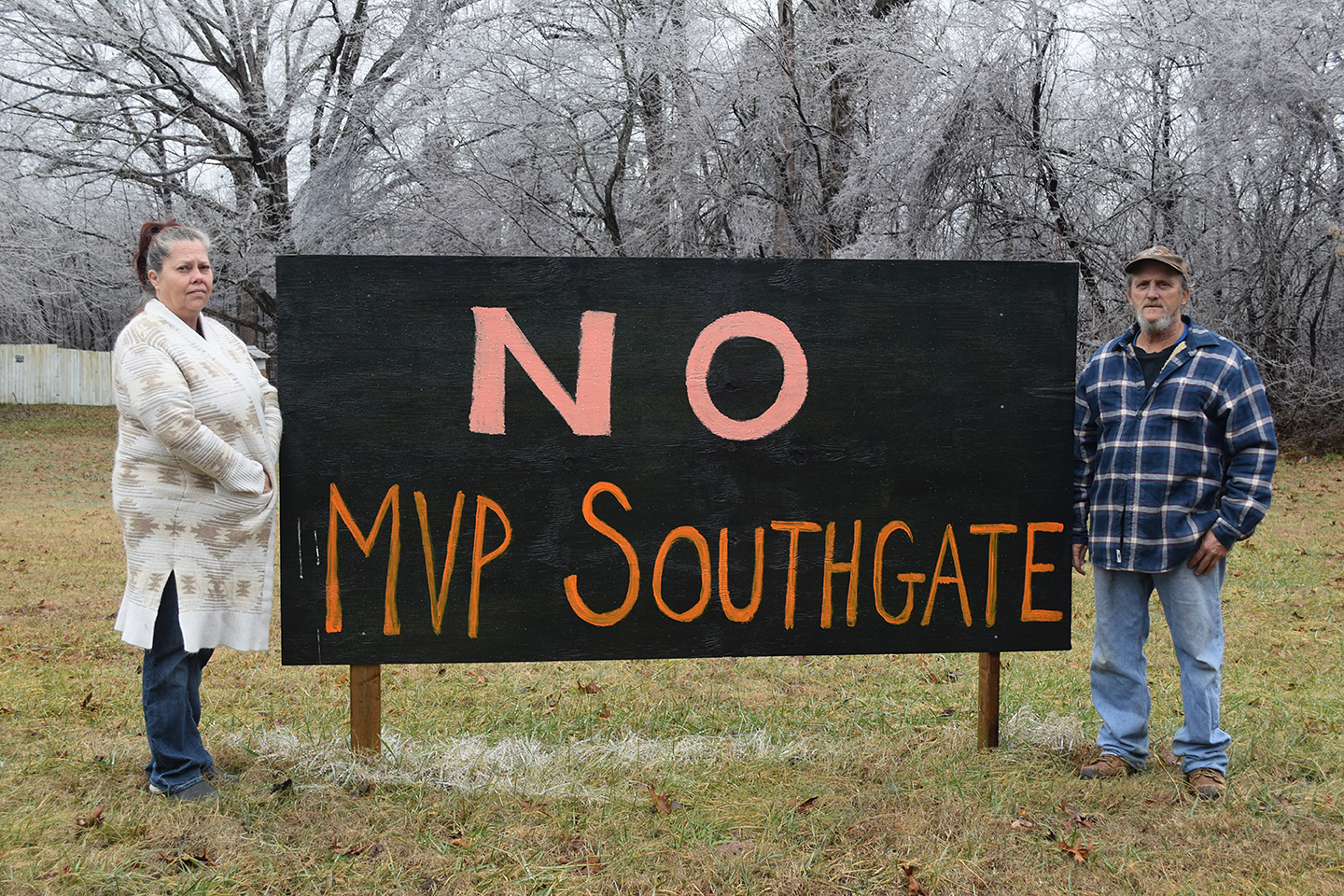 Elizabeth Ore and Peter Cowan in their front yard. Photo by Kevin Ridder 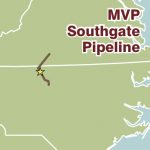 Elizabeth Ore and Peter Cowan’s location in the path of MVP Southgate.

It’s hard to miss Elizabeth Ore and her fiancé Peter Cowan’s yard in Rockingham County, N.C. Almost a dozen signs protesting fracking and the Mountain Valley Pipeline Southgate extension dot their lawn, oftentimes more; the couple encourages their neighbors to take one for their own yards.


“A lot of the neighbors started laughing when I put the signs up, because they had no clue what I was protesting,” says Elizabeth. The laughing stopped when she explained their situation.

The fracked-gas pipeline’s projected route runs directly through Elizabeth and Peter’s yard. It also crosses a water line that supplies their son’s house next door and passes close to both septic systems. The couple is concerned that pipeline construction could contaminate or dry up the old, shallow well that supplies water to both houses — not to mention the danger construction would pose aboveground. 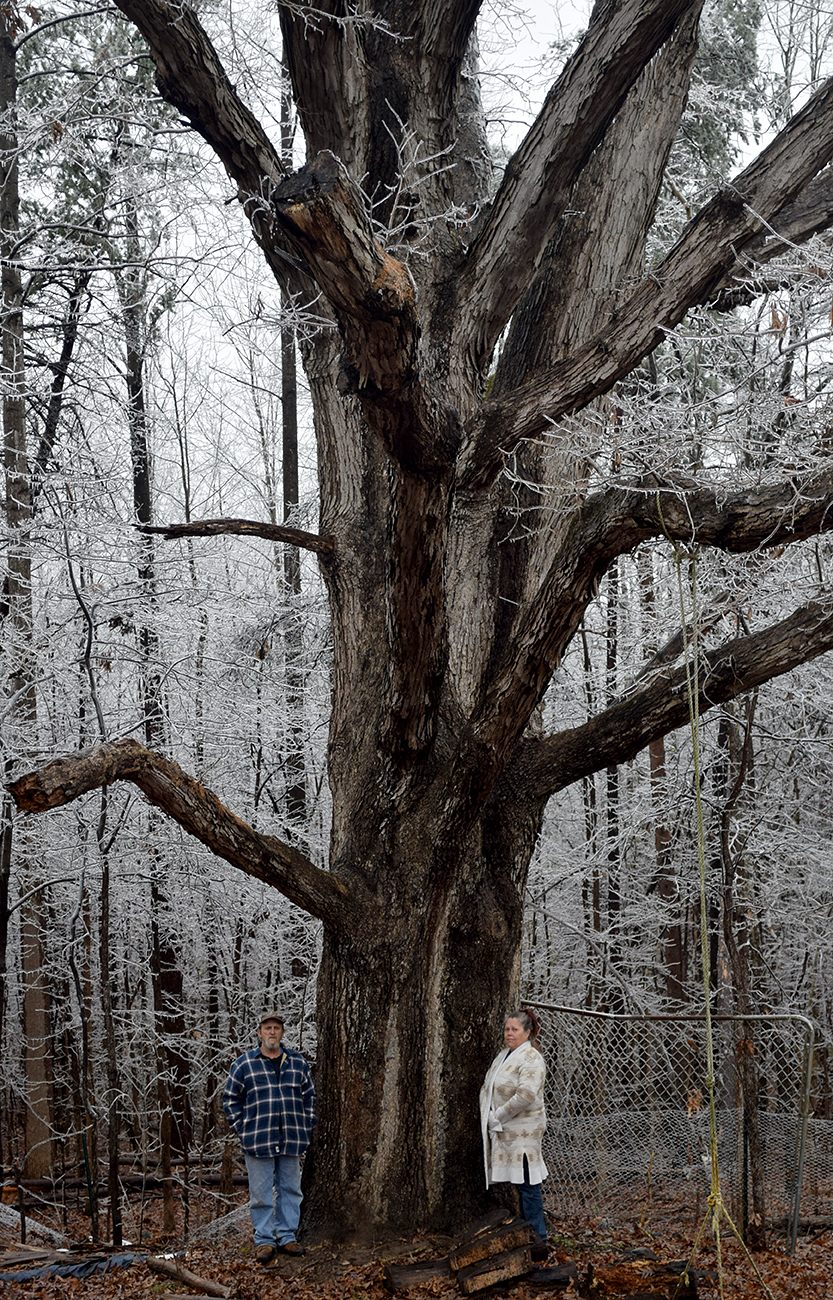 Elizabeth’s favorite tree, a massive red oak, would likely be cut down if MVP Southgate’s proposed route is approved. Photo by Kevin Ridder

“My grandkids play in that yard,” Elizabeth says. “My 4-year-old granddaughter lives right next door, and she comes across that field all the time. If something were to happen to her … mhmm. It would not be good.”

Peter states that the Southgate representative who originally spoke to them said the pipeline would follow an existing power line right-of-way and wouldn’t affect private property.

“When you talk to them, they talk nice,” Peter says. “Then you hear what they’re really doing.”

When the company held a public information meeting, Elizabeth asked to look at the pipeline’s route

“[A Mountain Valley representative] showed me where it was going straight through my property,” she says. “I was like, ‘oh, so you lied.’ Number one, I don’t take that well.”

Elizabeth states that even if Southgate didn’t go through her property, “I would still argue against it for my neighbors because I don’t want them to have to go through it either.”

At a Reidsville city hall meeting in late 2018, Peter and Elizabeth spoke to multiple local elected officials. “We were pretty much just blown off,” Peter says. “We just got the feeling that no matter what we say, [our representatives] won’t listen or do anything because it’s not affecting them.” 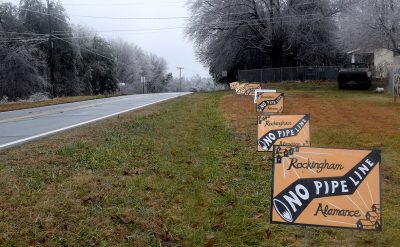 Peter and Elizabeth wonder why the route is going through such a populated area. If eminent domain comes in to play, Elizabeth says Southgate is “not worried about people like us because we don’t have the money to fight them.”