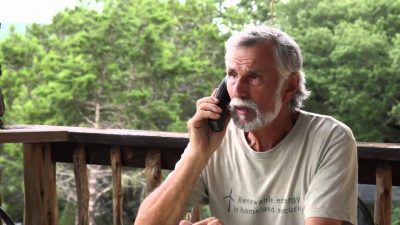 In 2006, the late Pedernales Electric Cooperative member-owner Ric Sternberg decided to look into installing rooftop solar panels. However, Sternberg soon discovered that the co-op didn’t offer policies to incentivize solar. He outlined this in his 2011 documentary “Green Dreams: The Pedernales Electric Co-op Revolution.” Curious, Sternberg looked into the co-op’s board of directors, who created the policies.

Pedernales is the nation’s largest electric cooperative, with more than 260,000 member-owners in central Texas. Although the membership elected Pedernales’ board, the board appointed the committee that nominated board candidates — allowing many board members to enjoy decades-long terms.

In 2007, a group of Pedernales member-owners filed a $164 million class-action lawsuit against the co-op for allegations including the withholding of millions of dollars in capital credits, which are the excess dollars that member-owners had overpaid for their electric service throughout the year. Testimony revealed several mystery payments, including $2 million to then-General Manager Bennie Fuelberg, according to the Austin American-Statesman. Fuelberg and a co-op lawyer were eventually convicted, fined and sent to jail.

Extensive reforms took place at Pedernales between 2008 and 2010, including changes to the by-laws referred to as a “member’s bill of rights.” Additionally, the class-action lawsuit was settled for $29 million, the board nomination committee was eliminated, meetings and records were made public and board pay was reduced, according to the Journal of Cooperatives.

Today, Pedernales offers better rates for people with home solar, compensating them for the excess power they send to the grid during the day at the same retail rate that they are charged when they draw power from the grid at night. If a household generates more excess power than they use in a month, they are credited at roughly half retail rates.

For residents without their own solar panels, Pedernales member-owners can opt to pay a small fee averaging 32 cents per month to ensure that 100 percent of their power is sourced from renewables. Additionally, Pedernales offers a program in which member-owners can buy power from 11 megawatts of co-op built solar farms. The program sold out in two weeks, and Pedernales plans to add another four megawatts.