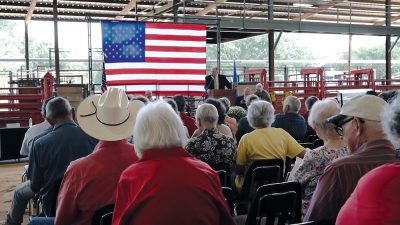 When Choctaw Electric Cooperative member-owner Stan Hammons was charged $1,100 on his first electric bill after moving back to Southeast Oklahoma, he knew something was off. He states the electric rates in Antlers, Okla., were two to three times higher than his previous home of Norman, Okla., despite the fact that all counties served by Choctaw have a poverty rate higher than the national average.

“But more importantly, I started noticing that several of my elderly relatives who were on fixed incomes were having to make decisions about whether to buy their medication or pay their high electric bills,” Hammons says.

After some digging, Hammons and other member-owners discovered that Choctaw’s then-CEO Terry Matlock had a total annual compensation of around $300,000, had recently given himself a board-approved $1.8 million bonus, was using cooperative equipment and employees for personal projects and had a history of using co-op funds to pay for escort services on out-of-state business trips.

“All of that matters, because every misspent dollar is added on to your electric bill,” says Hammons, noting that the co-op was roughly $70 million in debt in 2014.

So the group of member-owners traveled around the co-op’s service area to educate others about problems with Choctaw, holding meetings and going door-to-door. In 2014, the board fired Matlock. When three board seats came up for election in 2015, reform candidates won all three.

Since 2014, Hammons states the coop’s debt has been reduced to $49 million, a new net metering program has helped increase homeowner solar by roughly 3,000 percent, mail-in ballots are now required and board meetings are open to the public. “Rates have gone down some, not as much as we’d like,” says Hammons. He notes that the co-op’s leftover debt will likely prohibit major rate decreases for several years.

According to Hammons, one of the original reform candidates used co-op funds for excessive travel. So at September’s annual meeting, the member was voted out, and Hammons states they are working on a policy to limit travel to two trips per year. Reformers now make up a majority of the board.

“Reform is not an event — it’s a process,” says Hammons. — By Kevin Ridder