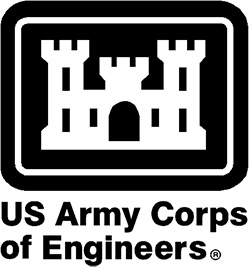 An essential permit for the Atlantic Coast Pipeline was suspended on Wednesday, effectively shutting down work at more than 1,500 stream and wetland crossings along the fracked gas line’s 600-mile route through West Virginia, Virginia and North Carolina.

The Army Corps of Engineers regional offices in Pittsburgh, Norfolk, and Wilmington issued the suspension of its Nationwide 12 permit, which authorized developers to build the gas pipeline through streams, rivers and waterways in the three states. 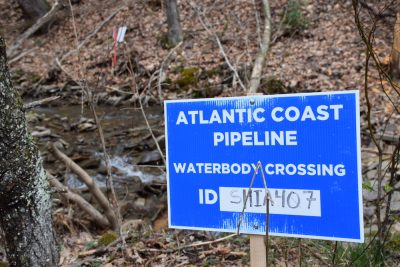 One of many Atlantic Coast Pipeline waterbody crossings. Photo by Cat McCue

“We are thankful indeed that the Corps has at least paused this project so that regulators are compelled to take a closer look at the impacts the pipeline would have on our water resources, and even whether the project is needed at all,” says Lara Mack, Appalachian Voices’ Virginia Field Organizer. “We’re confident that in so doing, they will conclude the Atlantic Coast Pipeline is the wrong project in the wrong place at the wrong time.”

The stay comes on the heels of requests filed by Appalachian Mountain Advocates on behalf of the Sierra Club, West Virginia Rivers Coalition, West Virginia Highlands Conservancy, Appalachian Voices and Chesapeake Climate Action Network. The requests were based on a November 7 federal court order that issued a temporary stay of the pipeline’s permit for stream and river crossings in West Virginia.

According to an article in the Richmond Times-Dispatch, pipeline construction partner Dominion Energy believes that the stay is temporary:

Dominion spokeswoman Jen Kostyniuk said the company had voluntarily offered to suspend the permit for all three states while attempting to resolve issues from a decision by the 4th U.S. Circuit Court of Appeals earlier this month. In that decision, the court issued a temporary stay of the permit for stream and river crossings in West Virginia.

“We are confident that this issue will be resolved in a timely manner and we do not expect the project schedule to be affected by this voluntary suspension,” Kostyniuk wrote in a statement.

The filing groups, however, are bolstered by this latest delay in the build out of this unnecessary and harmful pipeline, which threatens communities and waterways along its route.

“For the some 1,556 stream crossings in WV, VA and North Carolina these actions are a welcome pause/time-out for the valuable and vulnerable waters that bless our three states,” says Cindy Rank of the West Virginia Highlands Conservancy. “May this sensible approach continue as the Corps and our states look more closely at the impacts of this pipeline.”