Jeff Lewis lost the election for Powell Valley Electric Cooperative’s board, but he hopes they will take his concerns to heart 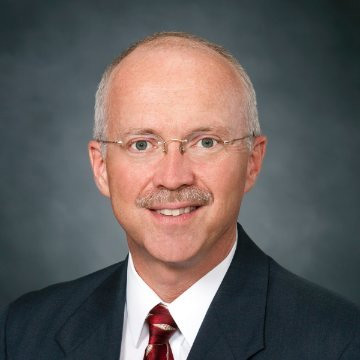 Former New Tazewell, Tenn., Alderman Jeffrey Lewis has always been an active member of his community. Save for his time at the University of Tennessee in Knoxville, Lewis has lived there his entire life. Now a vice president and branch manager at First State Bank, Lewis is also the deacon chairman of his church, works closely with the Claiborne Chamber of Commerce, and was once a director of the local fire department.

“I felt very fortunate to be able to stay close to home and raise my kids in this small-town kind of environment,” he says.

Lewis recently ran for the board of directors at Powell Valley Electric Cooperative, his local electric utility that serves about 30,000 people in Northeast Tennessee and Southwest Virginia. He has been a member-owner of the co-op for 37 years. While Lewis lost in September to the incumbent board president, Roger Ball, he hopes his concerns with how the co-op is run will be taken seriously.

Lewis’ decision to run for the board can be traced to a Jan. 23, 2017, article in the Claiborne Progress that caught his eye. Jo Ann Dillingham, a former employee of Powell Valley Electric, was suing the co-op for wrongful termination. Dillingham alleged she was fired after she disclosed “illegal activities” to third-party auditors such as the cooperative not seeking bids for expensive projects that led to customer overcharges. The board denied all charges.

“It was the accusations that she was making that were published in the Progress that really piqued my interests, being involved with the local chamber and being on the council [at the time],” Lewis says. Soon after, Lewis decided to visit a Powell Valley board meeting just to be “a fly on the wall” and see what was going on.

But Lewis says he “was told that without me having any business to discuss with the directors, they didn’t have any space for me. It was a little bit frustrating, but I went on about my way.”

A little while after, Lewis was asked to run for the board by PVEC Member Voices, a group aiming to reform the electric cooperative that has also partnered with Appalachian Voices, the publisher of this newspaper. After initial reluctance, Lewis decided to run.

“I do have respect for Powell Valley Electric’s board, I know most of those folks and have a great respect for them,” Lewis says. “But I do feel like some changes could benefit the members in general.”

Lewis wants the board to halt what he calls “indiscriminate herbicide spraying” near the co-op’s power lines.

He also thinks the board could make decisions that would help lower electric rates. Lewis disagrees with the board’s decision in the early ‘90s to keep Powell Valley’s power-purchase agreement with the Tennessee Valley Authority instead of switching to Kentucky Utilities.

He says he is still frustrated that there have been no answers. Lewis also wants the board to look into TVA’s policy on not allowing member-owners to receive capital credits, excess dollars that member-owners overpaid over the year for their electric service.

One of Lewis’ main issues with Powell Valley was its lack of open monthly board meetings and the lack of publicly available meeting minutes. When Lewis and others began advocating for open meetings, they were told that the meetings had always been open — but, Lewis says “I just don’t see evidence of that.”

“We need to make our membership aware that some of the decisions that have been made may or may not have been in the best interest [for] them,” he says.

At Powell Valley’s open annual meeting on Sept. 15, members voted for the three board seats up for election and on a PVEC Member Voices-supported motion for open monthly board meetings. A total of 1,254 of the co-op’s 31,000 member-owners showed up and waited in the hot sun for hours to vote, which was the second-highest number of voters in 15 years. Lewis lost 338 to 945, and the other two candidates supported by PVEC Member Voices lost to the incumbents with similar margins. 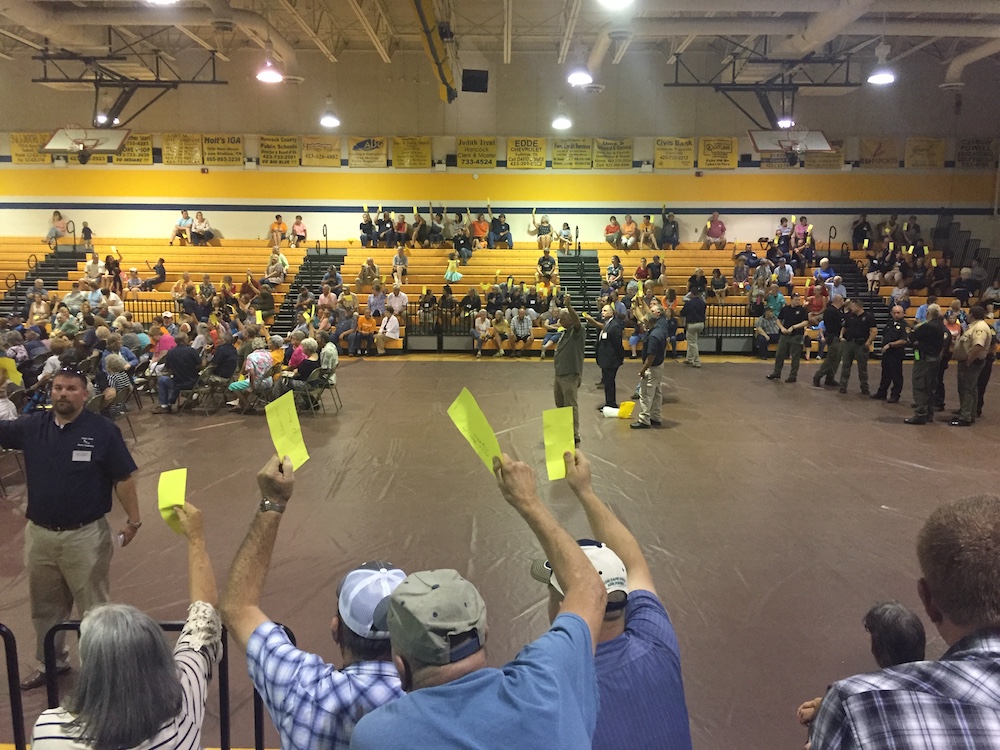 Powell Valley Electric Cooperative member-owners vote against a written policy for open board meetings as county and state law enforcement look on. Around 300 people of the co-op’s approximately 31,000 member-owners voted on the policy. Photo by Brianna Knisley

The polling place was as much as an hour drive for some member-owners, and Powell Valley does not offer mail-in or online voting like many other co-ops.

“It was sort of a disappointment,” Lewis says. “Not that I lost, so much, because I think the information was made open, but it was a little discouraging that I lost by such a large margin.”

After the board vote took place, roughly 300 people stayed to vote on proposed policies. Lewis and others with PVEC Member Voices were surprised and disappointed when the motion to adopt a written policy for open board meetings was shouted down and voted against by 182 people.

“It surprised me that although the board chairman of Powell Valley Electric said that we do have open meetings, the group that was there overwhelmingly voted no, they did not want open meetings,” Lewis says.

While prior request is not needed to attend monthly board meetings, it is needed to speak at them. “We would like to see those meetings included in the form of by-laws so that those open meetings would be [certain] to continue and not just be given and taken away as the directors might deem valuable to them,” says Lewis.

Leading up to the September annual meeting, PVEC Member Voices collected nearly 500 signatures for the board to adopt a by-law amendment for open meetings. The board, however, declined to put it on the ballot until 2019.

“Somebody’s got to make their presence known that there’s concerns here that aren’t being addressed by our cooperative, and somebody at least needs to bring those to light,” Lewis says. “Ultimately I hope that’s what I’ve done.”