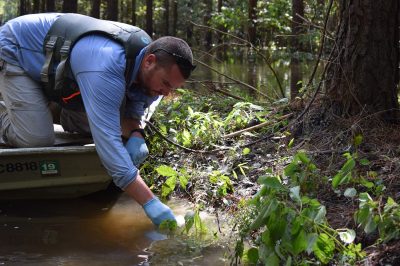 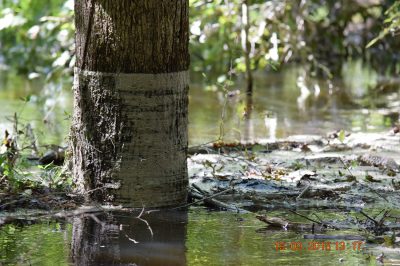 A ring of coal ash coats a tree and coagulates in the background from Hurricane Florence floodwaters inundating the H.F. Lee coal plant

On September 14, Hurricane Florence made landfall on the North Carolina coast. The record breaking storm left in its wake a slew of concerns ranging from contamination spreading in flood waters which are still rising nearly a week after landfall to the social disparity of the people it impacted.

North Carolina is home to more than 150 million tons of coal ash and the waste products from 830 million chickens, 32.5 million turkeys and almost 9 million swine, as well as dozens of other toxic sites and landfills. Due to the hurricane’s path, slow moving nature and unprecedented rains, nearly a third of the state was impacted by record flooding — even areas far inland.

The disaster disproportionately impacted poor communities across the state where homes are cheaper due in part to their threat of flood risk and distance from major employment opportunities.

“Where the hurricanes hit the hardest are the counties that have the highest number of black populations and poor populations,” stated Rev. Dr. William Barber II.” And yet in those areas the resources and the infrastructure that could be put in before we have storms is never quite dealt with.”

In addition, policies enacted by developers and the U.S. Army Corps of Engineers over the decades have contributed to the displacement of poor communities and communities of color from the coast and metropolitan areas due to targeted practices of economic growth for white, wealthier families and businesses.

The displacement of thousands of North Carolinians from Hurricane Florence is also exposing the ever-growing need for affordable housing in North Carolina, especially in the southeastern portion of the state where the Hurricane hit hardest. In several of those counties over 35 percent of residents rent their homes, and the income needed to afford a decent two bedroom apartment is often twice the state’s minimum wage. 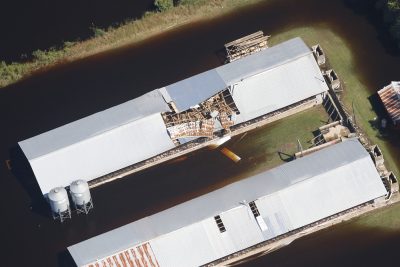 These economic factors go hand in hand with the decisions and policies that saddle poor communities and communities of color with greater environmental threats like hog lagoons and coal ash. The billions of gallons of standing flood waters across the state are far from being just “river water.” Various toxic and unhealthy contaminants including heavy metals from coal ash and dangerous bacteria from dead animals, animal waste, and sewage and septic system backflow lurk in the water.

The almost 9 million pigs in the state produce about 35 million pounds of manure concentrated in what are known as hog lagoons. These placidly-named lagoons are simply pits of feces held up by earthen dikes. 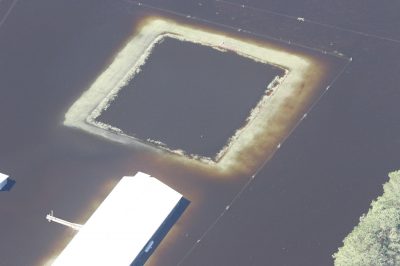 When the waters began to rise, these lagoons were unable to withstand the heavy rainfall and rising waters, and either collapsed or were inundated. The carcasses of 3.4 million chickens and 5,500 hogs that drowned during the storm also contributed greatly to the contamination.

“I’m just assuming, based on the depth of the water that we had in North Carolina and the amount of rainfall, that we probably will exceed [the hog losses] we had in Matthew,” Agriculture Commissioner Steve Troxler said in an interview.

But the waste lagoons aren’t the only concern being monitored in the state. Duke Energy’s multiple coal ash pits also lie in the path of Florence’s floodwaters.

“When a hurricane comes, if you’re leaving your ash in a big, unlined pit sitting next to a river, all you can really do is hope and pray that nothing bad happens.” says Frank Holleman of the Southern Environmental Law Center.

Praying is about all the folks just over the border in Conway, S.C., can do as they watch flood waters along the Waccamaw River draw dangerously close to overtopping the earthen berms holding nearly 200,000 tons of coal ash.

In North Carolina, coal ash has already spilled in waterways due to overtopping of earthen berms by flood waters. The first reported problems came from the Sutton Plant in Wilmington, where a newly constructed berm for a new coal ash landfill eroded and spilled enough ash to fill 180 dump trucks into a nearby lake. On Friday, Sept 21, floodwaters caused additional breaches in the dam on the south side of Sutton Lake. The extent of the damage is not yet known, but fly ash could be seen floating on top of the lake. 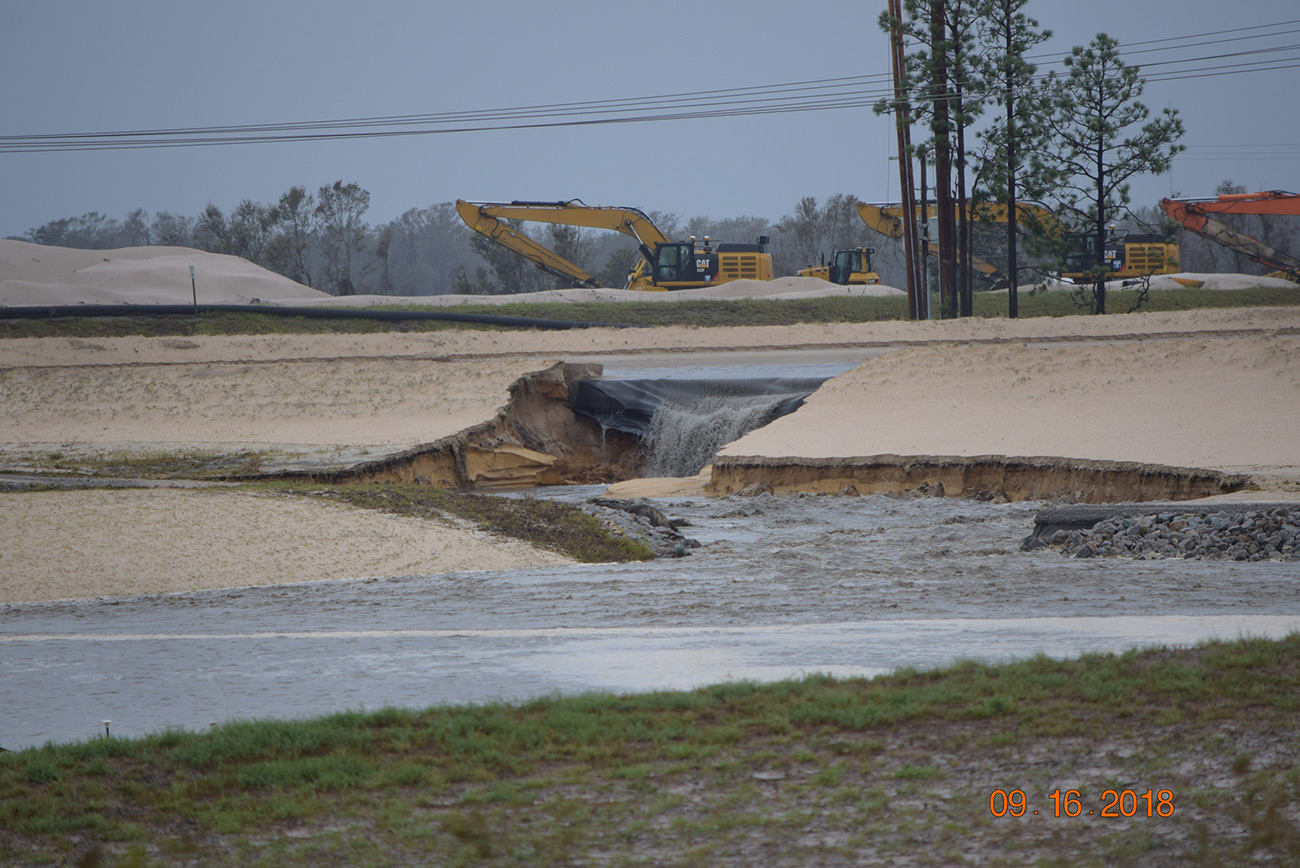 A breach in the coal ash landfill at the the L.V. Sutton Power Station outside Wilmington, N.C. Photo by Cape Fear Riverkeeper

“If Duke Energy has not been able to properly design, maintain or build a modern landfill to avoid a failure like this, we have to be even more concerned about the risk we face from their old, primitive, aging, unlined earthen pit sitting next to our rivers,” Holleman warned.

Other coal ash spills have been documented by North Carolina’s Riverkeepers, an organization dedicated to protecting rivers around the globe, including one at the H.F. Lee plant in Wayne County, N.C.

These hog lagoon and coal ash spills pose significant threats to public health through water contamination. According to Dr. Kim Lyerly of Duke University, “if there’s a new normal” of more intense storms, people may need to start incorporating the possible health effects of the resulting spills — “not just basements being flooded and replacing drywall, but exposure to contaminants in our community.”