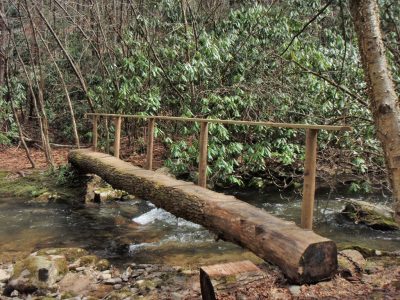 Martha Sundquist State Forest, which was added to the Tennessee state forest system in 2001, is home to the out-and-back Tennessee Gulf Trail, which is 3.5 miles each way.

The fairly flat Tennessee Gulf Trail offers visitors a pleasant hike through rhododendron and magnolia trees along the Gulf Fork of Big Creek in Cocke County. The trail crosses the Big Creek several times via rustic eastern hemlock bridges, two of which are named for people who were instrumental in the acquisition of the forest and construction of the trail.

Of Tennessee’s 15 state forests, Martha Sundquist is one of the few with a designated hiking trail, a true treasure for the state. In recent years, staff at the Martha Sundquist State Forest and the U.S. Forest Service linked the Tennessee Gulf Trail to the Appalachian Trail near Brown’s Gap. In addition, the state forest is surrounded on three sides by the Cherokee National Forest, making it possible to turn the Tennessee Gulf Trail from a great day hike into much more.

The Tennessee Gulf Trail has an upper and a lower trailhead. Four-wheel drive vehicles are recommended for the lower trailhead, which requires a stream crossing. There are also six primitive campsites in the forest. — By Sara Crouch 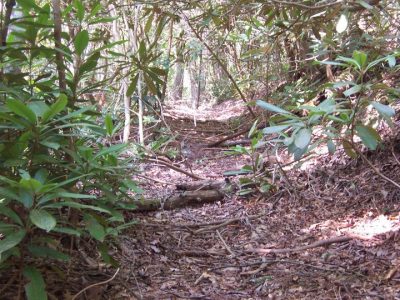 According to the Tennessee Overhill Heritage Association, this road was used by the Cherokee Nation as early as the 1600s, and possibly much earlier. The state commissioned the trail as a commercial turnpike in 1816. It was later used as a portion of the Trail of Tears when the Cherokee Nation was forcibly removed from their homeland.

In 1999, the White House Millennium Council named the Unicoi Turnpike one of 16 National Millennium Trails, which the council described as “trails of national significance.”

To experience and pay respect to the storied and complex history of the Unicoi Turnpike Trail, visit the Coker Creek Welcome Center in Tellico Plains, Tenn., three miles from the trailhead. Inside the welcome center you will find brochures with historical information about the area and opportunities for more outdoor experiences like panning for gold and hiking to Coker Creek Falls. — By Sara Crouch