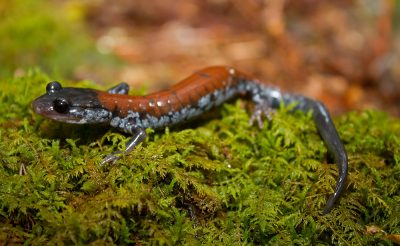 
Milanovich studied the largest group of salamanders, a lungless genus known as Plethodon, and focused on the Appalachian Highlands. The 2010 study projected significant declines in suitable habitat within the region as early as 2020, with the more southerly distributed Plethodons experiencing at least a 20 percent range reduction if climate change was not mitigated.

Appalachia contains the greatest salamander diversity in the world, according to the Highlands Biological Station. But a 2014 study found that six Plethodon salamander species experienced a reduction in average adult body size over the previous 55 years, with P. yonahlossee impacted the most.

The team of researchers from the University of Maryland, Iowa State University and Clemson University state that as the weather becomes hotter and drier, the cold-blooded amphibians have to work harder and use more energy to grow and survive. Due to their physiology and constant need for moisture, salamanders are particularly susceptible to environmental changes, according to the study, which drew off the work of former University of Maryland ecologist Richard Highton.

However, critics of the 2014 study like University of Florida population ecologist Ken Dodd noted that many related species in the region experienced increased body size or no change. “Other potential factors — such as long-term air pollution, habitat changes and forest-structure changes due to non-indigenous insects — weren’t considered in the analyses,” said Dodd in an interview with the journal Nature.

This study also compared salamanders captured in the wild to museum specimens. Milanovich, who has researched lungless salamanders and other amphibians since 2004, says that approach was problematic because the researchers did not know what the conditions were like when the original animal was collected and therefore could not replicate those circumstances to make sure they had an accurate comparison.

The conditions where the underground-dwelling Plethodon salamanders are most active, according to Milanovich, is at night in the rain. Without these conditions, it is possible that large females may not surface for food, and would not have been found by the researchers.

The largest of the Plethodon genus and one of the most renowned salamanders of the Southeast is the Plethodon yonahlossee salamander, according to AmphibiaWeb. The first specimen was collected on Old Yonahlossee Road on North Carolina’s Grandfather Mountain, where it derives its name.

P. yonahlossee is known for its size and distinct coloring — a rust pattern contrasted with its black base color and gray to white blotches on the sides. Males average a body length of 2.6 inches, not including the tail, while females average 2.8 inches.

P. yonahlossee lives in the southern Blue Ridge Mountains in Tennessee, North Carolina and Virginia typically between elevations of 1,430 to 5,699 feet. This is a small range compared to other Plethodon salamanders, which can live across the whole eastern United States, according to Milanovich.

This species dwells and breeds underground in forests and streams, with egg clusters hatching in late summer and fall. P. yonahlossee emerges at night to hunt for flies, spiders, ants and other insects.

Yonahlossee salamanders also demonstrate a number of defense mechanisms to increase their chance of survival. The species can produce tail secretions that are noxious to potential predators like birds. They also become immobile when initially contacted, which makes them less likely to be detected by predators.

According to the International Union for Conservation of Nature, a coalition of governmental and non-governmental groups that tracks global conservation statuses, the population of P. yonahlossee was classified as Least Concern in 2014 due to its occurrence in protected, unthreatened areas. The IUCN’s Red List of Threatened Species contains seven categories: Least Concern, Near Threatened, Vulnerable, Endangered, Critically Endangered, Extinct in the Wild and Extinct. However, the 2015 Virginia Wildlife Action Plan classified the species as a Moderate Conservation Need due to the significant declining trend. According to the IUCN, the population could benefit from less intensive timber harvesting practices. 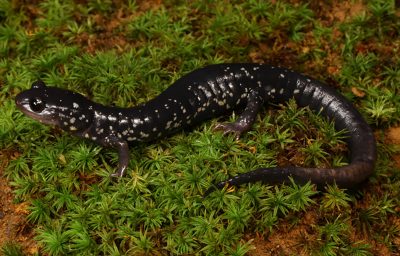 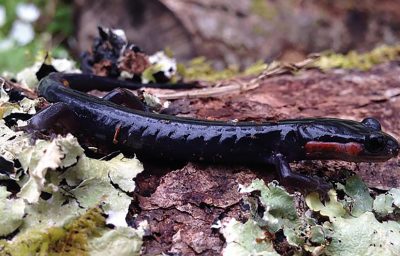 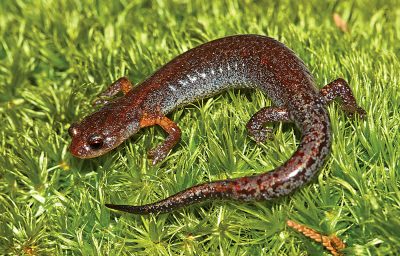 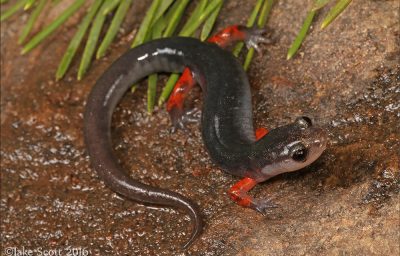 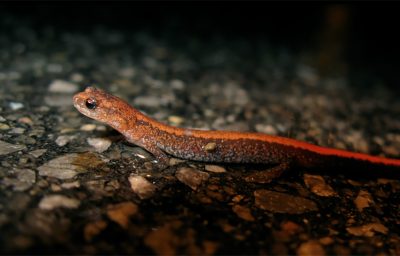 Sources: International Union for Conservation of Nature and amphibiaweb.org