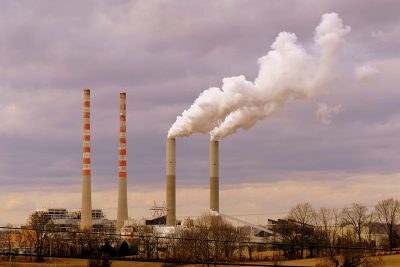 Chattanooga, TN – Nearly 40 people attended today’s Tennessee Valley Authority Board meeting to speak out against TVA’s plans to change the way it charges local power companies for energy. Many speakers argued that the “New Pricing Paradigm,” as TVA has called it, would result in a disproportionate burden for shouldering TVA’s costs on low-income residents and would thwart future investments in renewable energy and energy efficiency.

The proposed change in TVA’s rate structure would shift more than $1 billion of TVA’s revenues out of energy and demand charges and into a new “Grid Access Fee,” which TVA says is necessary in order to ensure it can recover its costs for providing reliable power. TVA also argues the change “help low-income families who tend to have the highest cost of electricity relative to their income.”

However, numerous studies have shown that this type of rate structure often increases energy costs for low-income families, especially renters, with a disproportionate impact on minorities and the elderly or disabled. TVA’s propose rate restructure could negatively impact hundreds of thousands of families in Tennessee alone, given U.S. Department of Energy estimates showing that 400,000 low-income households in the state already spend 12 to 22 percent of their income on home energy costs.

“I work directly with families who want access to energy efficiency and renewable energy programs so that they can have greater control over their electric bills and improve the health of their communities,” says Brianna Knisely, Energy Savings Outreach Coordinator, who spoke at the board meeting today. “TVA’s proposed rate design could effectively eliminate these possibilities for rural communities in Tennessee.” (Brianna’s full comments to the board are below.)

Additionally, by moving more revenues into a fixed fee and out of the energy rates, which are based on customer usage, the payback period for customer investments in energy efficiency and renewable energy would be extended, reducing the cost-effectiveness of such investments for residents and businesses.

“For the last decade, TVA has been a leader in clean energy development in the Southeast,” says Energy Savings Program Manager, Rory McIlmoil. “However, if TVA adopts this new rate structure, it will stifle the growth of clean energy across the Tennessee Valley, as well as the jobs and other local economic and environmental benefits that could be generated for years to come.”

TVA is expected to vote on the current proposal at its May board meeting and implement the new rate structure in October 2019. Appalachian Voices recommends that TVA not act on the proposal until the utility studies the potential impacts in greater detail.

Knisely ended her comments at today’s meeting by stating, “Given the significance of this issue, I ask that TVA explore other options that achieve a broader set of goals, be transparent with the public about any new proposals, and get back to being a leader in renewable energy, energy efficiency and economic development for the Tennessee Valley.”

Hi, my name is Brianna Knisley. I work as an Outreach Coordinator for Appalachian Voices and am a Knoxville resident. In my professional capacity, I work with members of electric cooperatives across East Tennessee, providing them with education and promoting inclusive financing models for energy efficiency programs that are greatly needed in this region. I’d like to thank TVA for receiving public comments at today’s board meeting.

I’m here to address my organization’s concerns, and indeed, my personal concerns with TVA’s proposal to implement a new Grid Access Fee that will be charged to local power companies, including the electric cooperatives that serve people I work with every day.

While TVA has claimed that the proposed change to its rate structures will be “revenue neutral,” and that ratepayers will benefit from the new pricing formula, there have been no public studies conducted that reinforce these statements with facts.

In reality, high fixed charges are known to be disproportionately burdensome to low-energy users and low-income ratepayers because they reduce customers’ ability to control their energy bills. If local power companies add these fixed charges on top of the 1.5% rate increase that TVA approved in October, many families who are already struggling could end up having to choose between necessities like food and medicine and paying their electric bills.

And while there was a time when TVA was a leader in making clean energy investments in the Southeast, it is now moving backwards. If implemented, this new rate structure will stifle investments in renewable energy and energy efficiency, two fast-growing industries that create well-paying jobs and boost local economies. I work directly with families who want access to these kinds of programs so that they can have greater control over bills and improve the health of their communities. TVA’s new rate paradigm could effectively eliminate these possibilities for rural communities in Tennessee.

We understand that TVA must recover its costs, but cost recovery should not be the only factor considered when designing a rate structure that will impact millions of people across the Valley. Instead, TVA should solicit an independent, public study of other rate design options that can achieve cost recovery goals as well as equity, economic development and environmental benefits.

Given the significance of this issue, I ask that TVA explore other options that achieve a broader set of goals, be transparent with the public about any new proposals, and get back to being a leader in renewable energy, energy efficiency and economic development for the Tennessee Valley.

Thank you for your time and consideration.