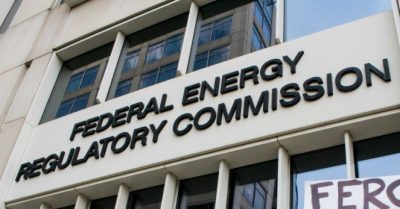 WASHINGTON, D.C. — Appalachian Voices and partner organizations have filed a request for a rehearing before the Federal Energy Regulatory Commission (FERC) for the Mountain Valley and Atlantic Coast pipelines, a necessary step before filing suit in federal court. The groups are asking FERC to withdraw the pipelines’ existing flawed permits and prepare a full and complete environmental impact statement for the Atlantic Coast and Mountain Valley pipelines. Appalachian Voices, Chesapeake Climate Action Network and the Sierra Club are represented by Appalachian Mountain Advocates.

The Atlantic Coast Pipeline would run through nearly 600 miles of prime forest and agricultural land from West Virginia through Virginia to end in southern North Carolina. The pipeline would include a massive compressor station near a historic African-American community in rural Virginia, and an almost 70-mile-long spur to Virginia’s Hampton Roads region. The Mountain Valley Pipeline would cut through more than 300 miles from northwestern West Virginia to southern Virginia to connect to the Transco Pipeline. Both pipelines would be 42 inches in diameter (by comparison, Keystone XL would have been 36 inches). Both would cost billions of dollars and increase fracking in central Appalachia.

A court ruling earlier this year sided with the Sierra Club’s assertion that FERC did not adequately consider the effects of burning natural gas transported by pipelines in their EIS for the Sabal Trail Pipeline in Florida. While that pipeline is already in operation, the ruling is widely seen as having long-term implications for similar projects FERC has approved or will review. There is an ongoing court battle that may result in the Sabal Trail pipeline ceasing operation while FERC does another EIS for it.

The following are statements from petitioners in yesterday’s FERC filings:

“Two out of three FERC commissioners failed to require credible evidence of the purported need for this pipeline. We must hold them accountable in all aspects of this decision because the consequences for communities, landowners, wildlife and water are too dire to accept. This request for rehearing is about forcing the commission to dig deeper into the evidence in the record and act accordingly.”

“It’s time FERC took its responsibility as a regulatory body seriously and did a real review of this dirty, dangerous pipeline. Instead of acting as a rubber stamp for the fossil fuel industry, FERC must do a new supplemental environmental impact statement, and offer a new public comment period. FERC has blindly accepted corporate polluters’ assertions that they need these projects and now the American people deserve the chance to tell their government these pipelines hurt our health and communities and aren’t even necessary for energy production. The Atlantic Coast and Mountain Valley pipelines are designed to make money for the big energy companies at the expense of their customers and the climate. Since electricity demand is flattening and clean, renewable energy sources are affordable and abundant, these gas pipelines are unnecessary and should be rejected.”

“From coastal flooding to monster hurricanes to ravaging wildfires, climate change is impacting the critical systems that support life on our planet — right now. Building these pipelines is equivalent to flipping the switch on 45 new coal-fired power plants, a commitment to fossil fuels that we can no longer afford to make. With yesterday’s rehearing request, we’re simply reiterating what the courts and the former FERC Chairman have told FERC it must do: Conduct a meaningful analysis of the full scope of greenhouse gas emissions from building these pipelines.”