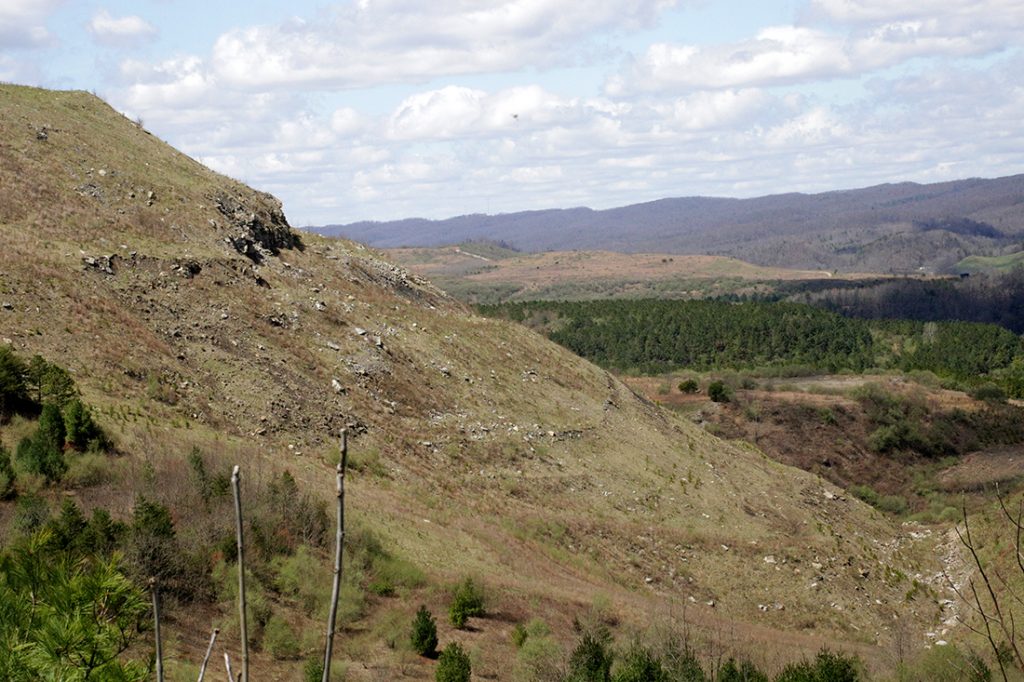 A Red River mine in Wise County.

In October, Southern Appalachian Mountain Stewards (SAMS) and the Sierra Club won a favorable ruling in Virginia, which confirms the rights of citizens to participate in mine inspections. The win involved a complicated interplay between the two most prominent laws related to mining, the Clean Water Act and the Surface Mine Control and Reclamation Act (SMCRA). The case centers on a citizen’s request for inspection I requested from the Virginia Department of Mines Minerals and Energy (DMME) four years ago, while I was working as the water and enforcement organizer at SAMS. In this position, I helped bring a number of successful lawsuits against coal companies and land holding companies for discharge of selenium into Virginia waterways

To bring selenium cases, I routinely tested below wastewater discharges from mines. In Virginia, discharging selenium at a concentration above 5 ug/L (the equivalent of parts per billion) for four or more days violates the chronic water quality criterion. Typically, selenium concentrations tend to remain relatively consistent in waterways when sampling close to the source of the discharge. In order to test close to the wastewater discharges, I often had to request that a state inspector conduct an inspection of the mine in question with me. Both SMCRA and Virginia law affirm that when a mine inspection results from information provided by a citizen, the citizen is allowed to accompany the inspector onto that mine. 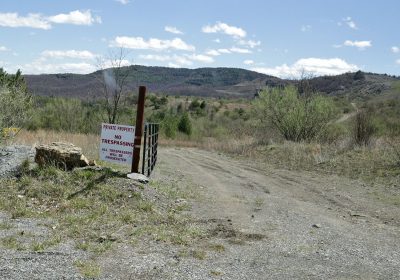 The DMME has routinely denied me citizen inspections, favoring the coal industry’s interpretation of the regulations and requiring four consecutive days of selenium sampling when I have tested streams. Effectively, this put the burden of proof on the citizen (me) to prove a chronic violation is happening, instead of giving me the benefit of the doubt and conducting an inspection. This increases the workload and cost for citizen enforcement, since four separate lab-certified tests for selenium would be required.

While reviewing a renewal of a SMCRA permit by Red River Coal Company, we discovered that Red River’s own documents showed there was selenium at levels above the state’s chronic criterion at a sampling point in Critical Fork, which flows into the Guest River. We suspected this indicated that the mine was discharging selenium into the Guest River watershed.

I requested a citizen inspection from the DMME on behalf of SAMS, so that we could obtain additional samples to test for selenium and be present when sampling occurred. As we anticipated, DMME denied the citizen inspection request, stating that they would address the selenium pollution at the next permit renewal. They simultaneously claimed there might not be a violation, because my sample was taken from a point above the nearest sediment pond.

We appealed the DMME’s decision with the federal Office of Surface Mining Reclamation and Enforcement (OSMRE), which oversees state mining agencies. OSMRE issued a 10-day notice to DMME, during which DMME staff were required to justify their decisions. OSMRE staff then conducted their own sampling of the wastewater and found selenium at 5.77 ug/L. DMME reaffirmed its position that there was no need for citizen inspection as there was not enough proof that a violation was occurring. OSMRE ruled that DMME’s decision was “arbitrary and capricious.” DMME then appealed OSMRE’s decision in OSMRE’s appeals office.

DMME then conducted its own inspection and took water samples from the wastewater discharge. The selenium concentration was 4.9 ug/L– just below the state chronic standard. Both the state and federal inspectors conducted their inspections without informing me or inviting me to participate, despite my request they do so, and despite the fact that the law gave me the right to participate. 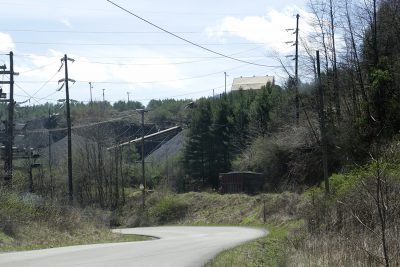 A Red River processing plant, near the site of the complaint

The OSMRE appeals office ruled in DMME’s favor, citing the new sampling data as evidence that a violation was not occurring, but also noting that a citizen inspection should have happened. We then appealed to the federal Interior Board of Land Appeals (IBLA). IBLA also ruled in favor of DMME. The IBLA decision stated that our case was moot because we failed to exhaust all administrative remedies at the state level before alerting OSMRE. This bad IBLA decision was a major blow for citizen participation in SMCRA.

Following the IBLA decision, we appealed in the Western District of Virginia Federal Court and finally received a favorable decision. This new decision contains two orders which do very important things. First and foremost, it reverses the IBLA decision, which means citizens do not first have to exhaust all their options at the state level before appealing for federal help. This is important because appeals can take years, even at the state level. While this is the primary win in the decision, the court also directed the secretary of the Department of Interior (which houses OSMRE) to grant me the citizen inspection. This means a lot to me personally because I have been waiting four years for this inspection.

Furthermore, the text of the decisions states that data obtained from outside sources, like documents from the coal company, are valid documents for requesting citizen inspections and that collecting evidence can be the purpose for an inspection. It also states that SMCRA does not require a citizen to provide such evidence when seeking a federal inspection. I am hopeful this language will change how OSMRE and DMME both conduct future inspections.

Red River has likely cleaned up its selenium problem, as DMME did have them address it at their National Pollution Discharge Elimination System permit renewal in 2016. Still, I plan to go on the citizen inspection, as I have been waiting a long time for it. The decision may even allow me to revisit a few other sites where I have previously been denied an inspection. It is possible I may discover a violation at the Red River mine. But even if I don’t, the decision is an improvement for citizen participation in SMCRA enforcement, and an important victory for those who wish to monitor the health of their streams.