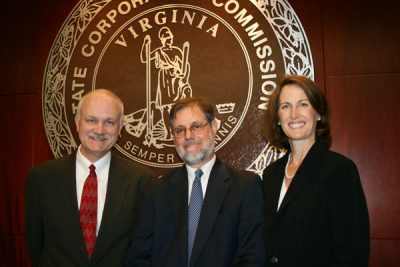 Yesterday, the Virginia State Corporation Commission rejected a program proposed by Appalachian Power Company that would have charged customers well above market rates if they elected the utility’s proposed program for 100% renewable energy.

Appalachian Voices and others who participated in the SCC proceeding were concerned the program would have misled environmentally-conscious consumers. The program did not commit to adding any new renewable energy resources to the grid; it simply repackaged existing renewables that are already part of APCO’s standard rate. In its ruling, the commission determined that APCO “has not established that the rate proposed … is just and reasonable.”

“This decision is a victory for consumers and for renewable energy advocates. If a utility company proposes a renewable energy program that locks out competition, that program ought to be driven by new, Virginia-based renewable energy facilities and priced competitively. The price tag for building wind and solar resources has never been lower. Utility programs marketing renewables to their captive customers should reflect that.”

A statement from Cale Jaffe, Director of the University of Virginia School of Law’s Environmental and Regulatory Law Clinic, which represented Appalachian Voices before the SCC:

“Under Virginia law, if the commission approves a power company’s proposal for 100% renewable energy, independent competitors then are locked out of the process. That’s an extraordinary power that the law grants the commission. It’s the power to tell an existing, renewable energy business that it can no longer enter into new contracts with new customers. The commission recognized the need to demand that any power company’s renewable power tariff must be just and reasonable for customers before blocking access to alternative options.”