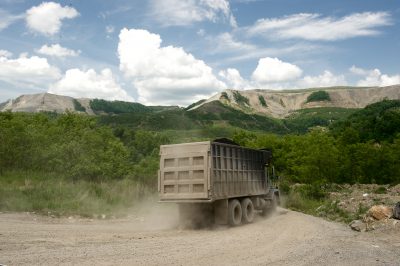 On Aug. 18, the U.S. Department of the Interior (DOI) sent a letter to the National Academy of Sciences (NAS) ordering it to halt its review of the links between mountaintop removal coal mining and human health impacts.

In 2016, the DOI’s Office of Surface Mining Reclamation and Enforcement (OSMRE) had commissioned the NAS to complete the two-year review, providing a budget of $1 million. The review came at the request of the West Virginia Department of Environmental Protection, which was under pressure from West Virginia citizens concerned with the growing body of research pointing to negative health impacts strongly linked to living near surface coal mines.

According to a statement by the NAS, the letter from DOI indicated that “the Department has begun an agency-wide review of its grants and cooperative agreements in excess of $100,000, largely as a result of the Department’s changing budget situation.” The letter ordered the NAS to cease all work on the study, with the exception of the August 21-23 meetings in Kentucky, which were already underway.

The order for the review came in an April 2017 memorandum from Interior Secretary Ryan Zinke. The memorandum outlines the required review of grants and cooperative agreements and says that grants should not be awarded until the review has been completed and the DOI has provided clearance to proceed to bureau heads and office directors. The memorandum also states that the DOI spends $5.5 billion annually on grants and cooperative agreements, indicating the potential for many more projects to be halted. The NAS review of mountaintop removal appears to be the only active project that has been stopped at this time.

“The Trump Administration is dedicated to responsibly using taxpayer dollars and that includes the billions of dollars in grants that are doled out every year by the Department of the Interior,” an Interior spokesperson told Bloomberg. “In order to ensure the Department is using tax dollars in a way that advances the Department’s mission and fulfills the roles mandated by Congress, in April the Department began reviewing grants and cooperative partnerships that exceed $100,000. As such, the $1,000,000 funding agreement was put on hold.”

In May, the ranking Democrats on the House Natural Resources Committee, Raul Grijalva and Donald McEchin, sent a letter to Secretary Zinke questioning the rationale and legality of the funding review. “It is not clear whether or not the Acting Deputy Secretary retains, or will exercise, the authority to stop or require changes to awards that he decides do not align with Department priorities,” the letter states.

The former head of OSMRE, Joseph Pizarchik, expressed his displeasure after the NAS review was abruptly put on hold. “The American people need to know whether living close to a coal mine is killing them, Pizarchik told S&P Global. “The economic viability of the coal industry is dependent upon whether or not the industry is incurring liability for the health and lives of the American people.”

It remains unclear whether the NAS review of mountaintop removal coal mining and human health impacts has been specifically targeted by the Trump administration, but it appears likely at this point. The review is well underway — two public comment meetings have been held in Central Appalachia, and two additional meetings have been held in Washington, D.C. Given that the review is nearly halfway into its short 24-month timeframe and that its $1 million budget represents less than 1 percent of the DOI’s current spending on grants, it seems ridiculous not to allow the review to proceed.

It is not possible to say what the outcome of the review will be should it be allowed to continue. Given the large amount of research already pointing to strong connections between mountaintop removal and a multitude of health issues, it seems unfathomable that the review would uncover no cause for concern. At the very least, it might settle the debate between a dwindling Appalachian coal industry and the communities that must live with the long-term effects of coal’s legacy.

Silencing the review won’t bring coal jobs back to Central Appalachia. But allowing it to be completed could help show the world that what Central Appalachian communities have been telling us for so long is true — that mountaintop removal and our dependence on coal has cost them their lives.