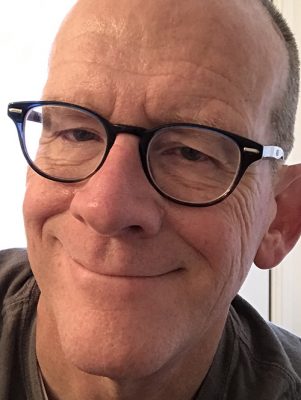 Special to the Front Porch: Our guest today is Joe Stinnett is retired editor of the Lynchburg and Roanoke newspapers, an Appalachian Trail section hiker and a freelance writer. He lives in Lynchburg.

Two pileated woodpeckers sailed out of the nearby trees last week as I gazed at the blue-green side of Torry Ridge in Augusta County, Virginia where the Atlantic Coast Pipeline would cross before tunneling under the Appalachian Trail and the Blue Ridge Parkway into Nelson County. 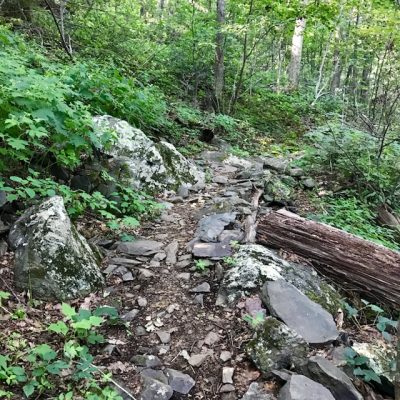 The proposed Atlantic Coast Pipeline would bore through the mountain somewhere near this spot on the Appalachian Trail between Augusta and Nelson counties in Virginia. (Photo courtesy of Joe Stinnett)

They startled me from my musings about the pipeline and exactly where it would go under the AT. I was perched on Cedar Cliffs, a small outcropping on the western side of the trail a few miles north of Three Ridges mountain.

Later, I consulted The Sibley Guide to Bird Life and Behavior and found that pileated woodpeckers are “monogamous and territorial,” like me. They can live 12 years or longer, so this couple will probably be around to see the building of the pipeline scar their habitat. 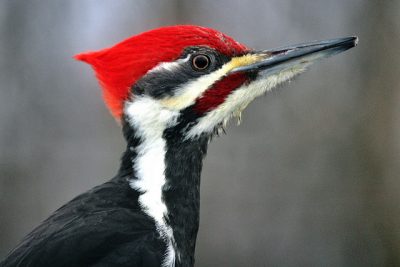 The black, white and red birds were headed toward the path of the pipeline, shooting out of the woods and then diving down toward the valley where Virginia 664 winds along the south fork of Back Creek toward the little crossroads of Sherando.

Pileated woodpeckers aren’t rare or protected. They’re not quite in the backyard-bird category like robins or blue jays or crows. Still, hearing them hammer a dead tree in the Lynchburg suburbs where I live is not unusual.

Living here, it’s also easy to take Virginia’s Blue Ridge Mountains for granted. They’re often in view on the western horizon. Few people bother to learn their names. But if you pay attention, there’s a mystery to them that is hard to express in words.

When I was a child growing up in Amherst County just south of Nelson, part of this mountain range was called the Sleeping Giant, because the profile of the ridge lines resembled that of a man flat on his back, with his head to the north, near what I now know to be Three Ridges. I imagined that the mountains really were a giant man who had somehow been turned into rocks and dirt and trees.

I reckon that’s one reason why I love the Blue Ridge Mountains so much. My wife and I have been married 43 years, and both of us have always lived within sight of them. The mountain foothills of Virginia are our territory. Even in college, I drove through these mountains from Charlottesville to visit her in Blacksburg. 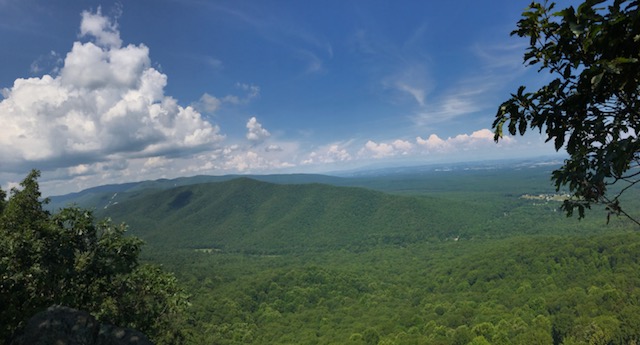 View from the Appalachian Trail of Torry Ridge in Augusta County, Va. The proposed Atlantic Coast Pipeline would cut a swath over the mountain. (Photo courtesy Joe Stinnett)

Now, at age 65, I find the reality of the Appalachians even more amazing than my childhood fantasy, that these high peaks are actually the worn-down protrusions of the collision of the continents hundreds of millions of years ago, and that before that, Virginia was actually south of the equator.

Why doesn’t everyone appreciate this? Or the woodpeckers? Or the old trees? I don’t know. I do know that today, money trumps the natural world, almost always.

Certainly this is the case where natural gas would be fracked from the earth by shattering the underground strata, then pumped into the Atlantic Coast Pipeline which would eventually carry it underground again as it passes through this Virginia ridgeline.

I know Dominion Energy (the lead project developer) wants to make the most money it can from this project. That’s the nature of corporations. Other than for temporary construction jobs, that money will flow elsewhere.

The mountains will still be here if Dominion gets its ultimate permissions, which I fear is likely given the current political climate. But I’m sure a lot of trees where pileated woodpeckers make their home will fall in the process.

Take action to stop the pipelines!