20 Years of Action: A Letter from Our Board Chair

Editor’s Note: This story was part of a special section dedicated to Appalachian Voices’ 20th anniversary. For more about the organization’s history and vision for the future, along with a timeline of the past 20 years, click here. 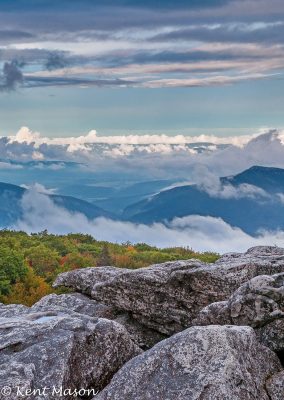 When I joined Appalachian Voices’ board of directors in 2014, I knew I was coming into a trusted organization with a reputation for getting results. The group had long been at the forefront of the fight to end mountaintop removal coal mining by helping to build a nationwide movement from the ground up. With your support, we’ve become so much more.

Today, Appalachian Voices is working at the nexus of America’s energy transition. This organization is a leading force accelerating the shift from fossil fuels to clean energy, healthy communities and more sustainable local economies.

Our community-first approach has been fundamental to Appalachian Voices’ work throughout our 20 years of fighting to protect the land, air, water and economic future of Central and Southern Appalachia. The well-being of local communities remains the soul of our mission and informs our strategies going forward during this most critical time for the region.

By engaging deeply in impacted communities, our team earns the respect of local leaders, state and federal officials, and members of Congress. Those relationships allow us to transcend the boundaries that have hindered progress in Appalachia for far too long.

Although the coal industry has begun loosening its grip on Appalachia, mining continues to endanger communities and the environment. Emerging threats to natural resources are also on the horizon in the form of massive natural gas pipelines that cost billions of dollars, often crossing pristine mountain heritage lands. 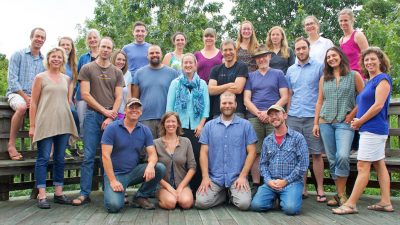 The Appalachian Voices team in August 2016

To counter that threat, Appalachian Voices is putting forward a positive vision for the region’s future and the role it can plan in America’s energy transition.


Appalachian communities deserve to share in the benefits of the new, clean energy economy. It’s a testament to this organization’s nimbleness and staying power that, while continuing the fight against fossil fuels, Appalachian Voices is now also recognized as a champion of clean energy sources that generate local jobs and community wealth, and that sustain Appalachia’s incomparable natural heritage.

After two decades of innovative and successful campaigns, we are well-positioned to help lead the region toward a healthy, prosperous future.

Please join me in supporting this remarkable organization.

On behalf of the Appalachian Voices Board of Directors,