Welcoming New Members to Our Board of Directors 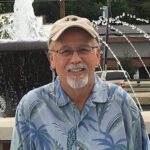 Bill Bailey grew up in a small Michigan farm town before moving to Washington State for his undergraduate and master’s degrees. After two decades in operations, marketing, training and human resources, he joined the N.C.-based grocer The Fresh Market as VP of Human Resources in 1994 and served in that position until retiring in 2013.

Bill first became involved with Appalachian Voices when he joined with his North Carolina community to fight coal ash pollution at Duke Energy’s Belews Creek coal plant. He brings decades of business experience along with service on the boards of the March of Dimes, Juvenile Diabetes Research Foundation and the Muscular Dystrophy Association. Bill and his spouse Tucker live on a farm outside Mocksville, N.C. 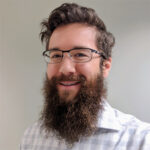 John Dezember developed a love and respect for nature early in life through frequent outdoor excursions as a member of the Boy Scouts in Kentucky and Tennessee. He earned a degree in information technology while living in Knoxville, Tenn., and worked as a systems integrator while honing his web development skills. He went on to work in higher education as a web developer where he also gained experience in social media, video production and live streaming.

John recently relocated to Virginia where he is the Director of Strategic Communications at Southwest Virginia Community College. His interests include working with electronics, home gardening, solar and building a sustainable lifestyle.

We also bid a fond farewell to Pat Holmes after two terms on our Board of Directors. His service is deeply appreciated.