Since 1984, the national conservation group American Rivers has worked with grassroots conservationists to bring attention to 10 of the nation’s most threatened rivers by compiling the annual America’s Most Endangered Rivers list. To be included in the list, the river must face risks and have a “major decision (that the public can help influence) in the coming year.” Over the years, the list has included several Appalachian rivers. Below are updates on how some of the decisions facing these waterways were resolved. For more information and to view past reports, visit americanrivers.org/about-mer/ 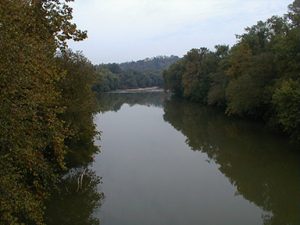 Named No. 9 out of 10 in America’s Most Endangered Rivers of 2012 because “the devastating practices of mountaintop removal mining and valley fills that bury and poison headwater streams pose a dire threat to the health of the Coal River and surrounding communities.”

A 2011 decision by the U.S. Environmental Protection Agency to block the permit for the Spruce No. 1 mine, the largest potential mountaintop removal site threatening the Coal River watershed, was mired in legal challenges when the river was included in the list. But in July 2016, a U.S. Court of Appeals upheld the original decision to not issue a permit for the site. 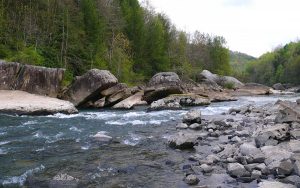 This 107-mile river is famous among whitewater enthusiasts, particularly for its class IV and V rapids that result from the annual opening of the Summersville Dam floodgates. It was named No. 3 out of 10 in America’s Most Endangered Rivers of 2010 because it “is scarred by coal mining impacts and subjected to degradation from ongoing mining activity.”

The listing highlighted the need for more stringent water quality regulations, particularly for conductivity and the pollutant selenium. Conductivity measures the ability of water to pass an electrical current and is used to gauge the presence of pollutants dissolved in the water. In 2010, the U.S. Environmental Protection Agency issued a conductivity guidance, which was delayed by legal battles, but is now in effect. In 2016, the EPA finalized a new criterion for selenium. Read more here. 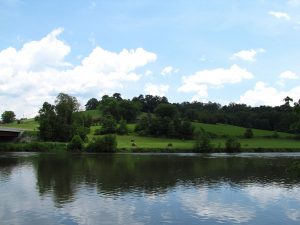 For 274 miles, this river flows from Southwest Virginia into Tennessee where it joins the French Broad River to form the mighty Tennessee River. It was named No. 3 out of 10 in America’s Most Endangered Rivers of 2015 because “the river and its communities are threatened by an army ammunition plant that has been contaminating water supplies with toxic chemical pollution for years.”

On Sept. 28, 2015, Tennessee Clean Water Network, the U.S. Department of Defense, and BAE Systems Ordnance Systems, Inc., the contractor that operates the Holston Army Ammunition Plant, reached an agreement to reduce the amount of RDX discharged in the river by 2020. RDX is the toxic and explosive chemical causing the pollution. 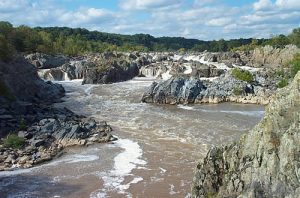 Great Falls on the Potomac River. Photo courtesy of the National Park Service

The majestic Potomac flows for 380 miles from West Virginia through Virginia and Washington, D.C., before emptying into the Chesapeake Bay. It was named No. 1 out of 10 in America’s Most Endangered Rivers of 2012 because of agricultural and urban pollution and the threat of congressional rollbacks to the Clean Water Act.

The passage of the 2015 Clean Water Rule clarified which bodies of water are covered under the Clean Water Act in response to challenges in the courts, although congressional efforts to roll back the legislation continue. The main threat facing the Potomac River today is contamination from coal ash impoundments at Dominion Virginia Power’s Possum Point Power Station, according to Dean Naujoks, the Potomac Riverkeeper.