{ Editor’s Note } The following is an abridged transcript of a testimonial given by Daile Boulis of Kanawha County, W.Va., about how she became involved in the fight against mountaintop removal coal mining. This speech was delivered at a grassroots policy training held by The Alliance for Appalachia at the Highlander Center on April 9, 2016. It was transcribed by Forrest Gray Yerman. 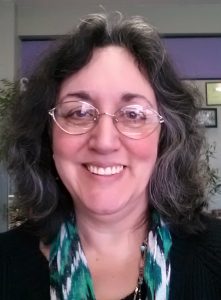 I moved to West Virginia about three years ago to help take care of my father-in-law. He has a home he’s lived in since 1963 in a hollow about 10 miles west of Charleston. When I looked on Google Maps to show my friends in Ohio where I live I saw lots of big scraped areas. I went next door to my neighbor and asked, “what is this?”

But as Rush Creek Mine was working this way, we started hearing more and more booms, and occasionally the houses would shake.

Someone came in and did a pre-blast survey and they didn’t talk to us. We thought, okay, we complained about hearing these booms from this mine getting closer. So they must be doing this to cover their butts, in case we make a claim. What we didn’t know is they had filed for a permit for an extension to this mine.

One day in May I was on Facebook, and I saw that the Charleston Gazette had posted a map of this permit that had just been approved. I’m looking at this map going, “I think that’s my house.” This mine was 2,000 feet from my house and our house is the monitoring well. I’m learning all kinds of stuff here, and I was shocked!

There was an organization posting on Facebook about this article saying, “You need to come help us fight this mine.”

I immediately texted someone from the organization and asked, “where do I have to be and what do I have to do?” And that started my journey. That was the Kanawha Forest Coalition.

This mine, I mean, it’s like they slid it under. And none of us knew anything about it. I don’t check classifieds. Do you? I had no idea that’s the only place they announce them. When they did the public comment period, they did it in a community 30 miles away from us. So we weren’t involved at all. We were told that our property value dropped 50 percent the day the permit was signed.

I’m a social media girl, so I’m out there going, “This isn’t right. How can they do this?” And I’m getting hate mail back saying, “If you don’t like it, you can leave.”

No I can’t, because I can’t sell my house now for anything near enough to move somewhere else. And my father-in-law has been here since 1963. Should he have to move too?

I started going to the Kanawha Forest Coalition meetings and I was mad. I couldn’t understand why my neighbors weren’t mad. My neighbors were kind of mad, but they figured I’m so naive and you can’t fight coal.

The state Department of Environmental Protection office is in Kanawha City. Well I can get to Kanawha City. So my wife and I went down to the DEP office thinking that they were going to stand with us. That that’s what they’re for.

So I walked in and said that I wanted to talk to somebody about this. But they told me, “well that’s not how it’s done.” Then I said that I would not leave until somebody talked to me. So we sat down and waited for somebody to come talk to us.

Eventually, a woman came down and gave us all these forms that we could take home and fill out saying we were against this mine. I said, “This is ridiculous, who can I talk to?” Someone else came out and said, “We’re going to set you up with a meeting. You’re neighbors can come in. We’ll set you up with an informational meeting.”

I can only get two of my neighbors to go to the meeting with me. So it’s my wife and me, and two of our neighbors. And there were twenty-four DEP people. At least half of them have this I’m-supposed-to-be-home-now look on their faces.

We said to them, “Look, this mine is right next door — literally. The only thing that separates it from us is a little road to Kanawha State Forest. There are trailheads that come down from there, and they’re going to be in the radius of fly rock.”

Well, I was told fly rock doesn’t exist, that absolutely nothing is allowed to leave the permit boundary.

I said, “Everyone’s told us we’re going to lose our wells.”

They said, “well, this is an awesome opportunity to get on city water,” at our expense, of course.

I looked at the guy — and mind you this is in May 2014, the water crisis happened in January of the same year — and I asked, “have you forgotten January that fast? Where do you think people went to get water and to take showers and to maybe wash a load of clothes? They came to my house, and the other houses in the holler.” I told them that we already have good water. Why is it okay, why is it just understood that I’m going to lose my water?

But I started this journey, and I saw people at Kanawha Forest Coalition meetings that showed me they were going to do something, that we could fight this. Everybody knows someone who works in the coal industry. I respect that. I understand that. But policies that say that our lives are the cost of doing business, that we’re an acceptable loss, are not OK. What does it take to get you fired up? I get it. You’re downtrodden. You’re tired and exhausted. But somebody has to scream, and stomp their feet, and go do whatever it takes to get their attention.

And this group in particular, the Alliance for Appalachia, has become family for me, and this family, I could contact any one of them and say, “Help me get mad!” Because mad is better than sad, and I’ll leave you with that.