At a recent economic summit in Wise, Va., Dickenson County resident Tammy Owens paused at the Appalachian Voices information booth to talk about reclaiming existing abandoned coal mines in ways that benefit the local economy. Owens runs an organic commercial farm on former strip mine land. She also wants to start an outfitter company running river trips along the Russell Fork River and is working with the county and the U.S. Forest Service to develop a boat take-out site on another abandoned strip mine. 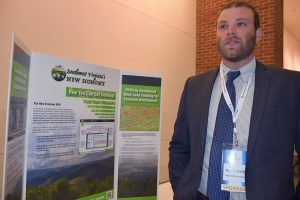 Owens was one of more than 300 people who attended the 2016 Economic Forum on May 12 hosted by the University of Virginia’s College at Wise. The forum brought together public, private and nonprofit entities — including Appalachian Voices — working on economic development initiatives to help move Southwest Virginia forward.

Although the region is struggling, there are opportunities, too. Under the Obama administration’s POWER Initiative to boost areas around the country hit hard by coal’s decline, the 2016 federal budget includes a total of $65 million for matching grants. And if passed, the bipartisan RECLAIM Act would release an additional $1 billion over five years for remediation of abandoned mine lands that have a post-cleanup economic benefit. 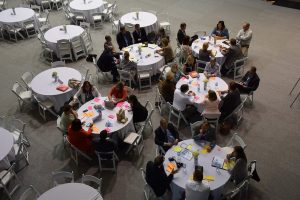 Developing solar energy in Southwest Virginia was one of the featured topics at the Appalachian Voices booth. For the past several months, we have been partnering with the nonprofit organization Appalachian Institute for Renewable Energy to research opportunities for community-scale solar energy in the region. Our focus is on building the local economy by generating local jobs and relying on local services.

Our booth also focused on the opportunity to reclaim abandoned mine lands (generally strip mines closed prior to 1977) in a way that also develops economic opportunities such as solar energy. Appalachian Voices is currently working with environmental consulting firm Downstream Strategies and engineering firm Coal Mining Engineering Systems, LLC, to identify optimal sites for potential funding under the RECLAIM Act.

Hundreds of ideas came out of the breakout sessions at the economic forum and are posted on the UVA-Wise website. Six action teams will continue to develop those ideas in advance of a 90-day progress meeting scheduled for Aug. 24.

For more information on the forum, visit tinyurl.com/swva-economic-forum. To learn more about our work, visit appvoices.org/new-economy.