From inside Appalachia, a look at WGN’s “Outsiders”

Exclusive to the Front Porch: Award-winning author Ron Rash, known for his distinctly Appalachian voice as a poet, novelist and essayist, offers this reflection on WGN original series, Outsiders, about a clan of Kentucky natives living deep in the hills, and well outside of society. 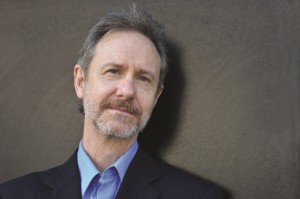 So meet the Farrells (get it, feral), who live atop a mountain in southern Appalachia. It is 2016 elsewhere in America, but the Farrell tribe (who number between twenty and two hundred depending on which episode you watch) is living a lifestyle that is a bit retro, say by about two thousand years. They clothe themselves in animal pelts, walk barefoot, and do their internecine “feuding” with clubs.

There is no need to worry about any instances of micro-aggressions in this show. Five minutes into the premiere, we are assured that these mountain folks are nothing but a bunch of incestuous “retard hillbilly animals,” which the next scene confirms. We meet the Farrells at a clan-wide hoedown where everyone is at least a cousin and hell-bent on keeping it that way, openly fornicating when not swilling moonshine or brawling. No stereotype is overlooked: everyone is illiterate except for one heretic who left for some book-larning; Indoor plumbing? Are you kidding, these folks don’t have electricity except for a generator, whose sole purpose appears to be powering a screeching electric guitar. Otherwise, it’s candles and wood stoves. In the first three episodes, we get hexings, attempted matricide, fingers chopped off for violating tribal law, a Viking-like raid of the local Wal-Mart, and language that makes the bad guys in Deliverance sound like Rhodes Scholars. No one plants anything but marijuana and the only hunting is for “furrinurs’ unlucky enough to get these folks riled up. So where does the food come from? I’m expecting a later episode to reveal why Ferrell and cannibal sound so similar.

Assuming reviewers if not TV executives would find such outrageously grotesque depictions disturbing if not reprehensible, I checked their responses to Outsiders. That the show might even be remotely offensive went unmentioned. If anything, three of the four reviewers found the idea that such people existed in Appalachia plausible. Variety praised the show’s ability to depict “a strong sense of place in the wilds of a still-untamed pocket of America.” The Washington Post found it “artfully conceived” although acknowledging parts of the show were ridiculous “{e}ven if rooted in some anthropological research.” The New York Times also found the show cartoonish, though cautioning “Maybe there really are Kentucky hill clans who act like the staff at Medieval Times, but the best efforts of the actors in Outsiders can’t make the Farrells credible.” The L.A. Times gave Outsiders a largely positive review, although noting during a publicity event for the show that a reporter “asked if some of the characters might be werewolves.”

It’s all in good fun, I can imagine the writers and producers saying, and I myself have had some laughs while discussing the show with fellow Appalachians. But I also think of the national outrage when residents of Flint had to drink bottled water for weeks because their own supply was polluted, yet there is no national outrage that in parts of Appalachia the water has been undrinkable for years. Appalachia has always given more to this country than has been given back, especially its natural resources and in times of war, as we’ve recently witnessed, its children. The region is diverse, and many areas are doing well, but for those that are not, might a show focused on “retard hillbilly animals” make it easier for America to ignore the region’s needs? I’m not advocating the show being banned or boycotted. I would even encourage people to watch Outsiders, but with one caveat: if this show were about any other minority group, would you find it nearly as entertaining?

Ron Rash is the author of the 2009 PEN/Faulkner Finalist and New YorkTimes bestselling novel Serena, in addition to five other novels, including One Foot in Eden, Saints at the River, The World Made Straight, and Above the Waterfall; five collections of poems; and six collections of stories, among them Burning Bright, which won the 2010 Frank O’Connor International Short Story Award, Chemistry and Other Stories, which was a finalist for the 2007 PEN/Faulkner Award, and most recently, Something Rich and Strange. Twice the recipient of the O.Henry Prize, he teaches at Western Carolina University. His latest novel The Risen will be out in September from Ecco.