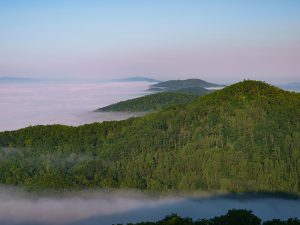 Throughout the history of the United States, Appalachia has attracted the attention of outside investors hoping to profit from the region’s valuable commodities. First timber, then coal and now natural gas are all highly valued.

To ensure access to these resources, early investors bought large parcels of land in Appalachia. “By 1810, as much as 93 percent of [the] land in present day West Virginia was held by absentee owners,” according to a 2013 report issued by the West Virginia Center on Budget and Policy, and by the 1880s, outside interests began purchasing extensive timber and underground mineral rights on land whose residents retained only the surface rights.

Outside ownership of large tracts of land for the purpose of resource extraction has created a conduit through which significant wealth has been drained from the region in the form of corporate profits. And that drain has been flowing for more than a century.

An Early Study of the Problem

In 1974, Tom D. Miller, a reporter for the The Huntington Herald-Dispatch, conducted a study of landownership patterns in West Virginia. Miller found that two-thirds of the private land in the state was owned or controlled by “absentee landlords,” and that “in almost 50 per cent of West Virginia counties, at least half the land is owned by the out-of-state corporate interests.”

Comparing the wealth of corporations to that of many West Virginians, Miller wrote, “Often paying tiny property taxes, [corporations] extract the state’s rich deposits of coal, timber, oil and gas. And their activities inevitably help sustain the striking paradox of a state with abundant mineral wealth and much abject poverty.”

In 1978, the Appalachian Land Ownership Task Force undertook a thorough investigation of land ownership patterns in the region. Funded in part by the Appalachian Regional Commission, this group of paid researchers and volunteers collected and reviewed land deeds from 80 counties in Alabama, Kentucky, North Carolina, Tennessee, Virginia and West Virginia.

In 1981, the group released its findings in a multi-volume 1,800-page report. They found that 40 percent of the property and 70 percent of the mineral rights in Appalachian counties sampled were owned by corporations, and of the land owned by individuals, less than half was owned by “local individuals.”

The task force concluded that “these ownership patterns are a crucial underlying element in explaining patterns of inadequate local tax revenues and services, lack of economic development, loss of agricultural lands, lack of sufficient housing, the development of energy, and land use.”

Despite its significant findings, the report lead to no significant changes, in part because even the Appalachian Regional Commission distanced itself from it. Reporting in April 1981 after the report’s release, the New York Times wrote, “A spokesman at the commission’s headquarters in Washington, [when] asked why the commission had done little to draw attention to it, called the survey ‘controversial’ because portions of it contain ‘subjective judgments’ and ‘some rhetoric.’”

In his book “Uneven Ground: Appalachia Since 1945,” Ronald D. Eller notes that the commission’s continued existence was under threat from the Reagan administration’s federal budgets cuts, writing that “agency leaders abandoned the politically sensitive study to rally support for their own organization’s survival.” 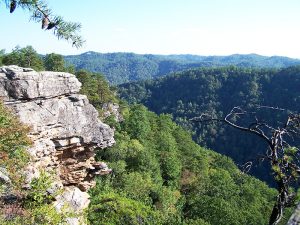 The Heartwood Forestland Fund is the largest landowner in West Virginia and a significant landowner in Virginia. Photo of Highlands Property in Va. by Craig Kaderavek

In 1995, Dr. David Rouse, a philosophy professor now retired from the University of Virginia’s College at Wise, explored the ethical implications of outside land ownership in Appalachia. He concluded that these large corporate landholdings restricted access to land by individuals, increased the political influence of corporate landowners, and decreased civic engagement in those communities. According to him, the “correlation between landownership and political participation” is still relevant.

With many of the land-owning coal companies now declaring bankruptcy, Rouse is hopeful that some of this land might finally be available to benefit the community. He is now chairing a committee for the Southern Appalachian Mountain Stewards, a coalfield community organization, that will re-examine the findings of his and other earlier studies.

In December 2013, the West Virginia Center on Budget and Policy, together with the American Friends Service Committee, released a comprehensive report detailing the state’s current land-ownership figures and updating the findings of both Miller and the Appalachian Land Ownership Task Force.

Using 2011 property data, the study revealed that the concentration of land ownership in the state has actually declined during the past 30 years. While Miller’s study concluded that two dozen corporate landowners held one-third of the state’s 12 million privately owned acres, the 2013 study showed that the top 25 private owners held just 17.6 percent of the state’s 13 million acres of private land. The authors concluded that this was “still a significant percentage but a dramatic decline in concentration of ownership.”

The researchers also identified a new type of corporate entity that did not exist during the previous studies now plays a dominant role, namely the timber management companies that maintain forestland as financial assets. In fact, they found that in 2011, “the North Carolina-based Heartwood Forestland Fund, a timberland investment company that owns 500,366 acres in 31 counties, [was] West Virginia’s largest landowner.”

The report’s authors noted that lands classified as “managed timberlands” were eligible for certain tax credits that significantly lower their tax rates.

According to Rouse’s study, another factor deflating tax rates on corporate land in Appalachia is their artificially low market value. While the companies owning the land may have changed ownership several times, the land rarely goes on the market. As a result, he notes, the property value cannot be based on a recent sale price. And because this land cannot be used for homes, the residential market nearby becomes more competitive and expensive. “The result is that homeowners bear a disproportionate share of the tax burden,” Rouse concluded.

The most recent available property records for Wyoming County uphold the findings of the 2013 study. For example, Pocahontas Land Company, a subsidiary of Norfolk Southern, is still listed as owning more than 77,000 acres in the county, or roughly 25 percent of the privately owned land, with an average assessed property value of less than $350 per acre for 2016.

For Dewey Houck, president and founder of the Rural Appalachian Improvement League in Mullens, W.Va., these large land-holding companies have their own personalities and policies, and each should be considered individually.

According to Houck, Pocahontas Land Company has cooperated with his organization — a nonprofit community group working to bring opportunities to southern West Virginia — even leasing them several properties for agricultural and recreational purposes.

But another large landowner, Western Pocahontas Properties, has been harder to work with. The company’s parcels of land that were once accessible to the public are now locked behind gates with “no trespassing” signs. “For years,” Houck says, “the land was used by the public. Especially hunters could go on their property and hunt, and use the land same as public land, and what they’ve done is started leasing their land to whoever can pay the fee that they charge.”

This Western Pocahontas property, near Mullens, W.Va., is locked behind a gate and “no trespassing” signs. Photo Ruby Anne Ingram

While West Virginia has been more thoroughly studied, it is not the only state in the region dealing with the impacts of having much of its privately owned land concentrated in the hands of a few. In Wise County, Va., a heavily mined area in the southwestern part of the state, roughly 45 percent of the land is owned by corporations, Carl Snodgrass, the county’s economic development director, told Appalachian Voices.

An analysis of public property records reveals that two corporate entities — Penn Virginia and the Heartwood Forestland Fund — together own nearly one-third of the county’s surface land. Penn Virginia is listed as the owner of more than 58,000 acres and Heartwood Forestland Fund nearly 28,000 acres, or 22.5 and 10.7 percent of the county, respectively.

While most corporate-owned lands in Wise are in rural areas, they are surrounded by struggling towns that could benefit from policy changes that expand the tax base. “The one thing that people in Wise County seem to be most aware of is the threat of towns losing their incorporations, simply because the tax base is not able to support services,” says Rouse.

Shannon C. Scott, administrator for Wise County, does not believe these corporate holdings hinder local economic initiatives. “For instance, if [the corporations] know that it’s a project that will not interfere with their future development in the way of natural gas or coal extraction … they work with us very closely,” he says.

The Impact on Appalachia 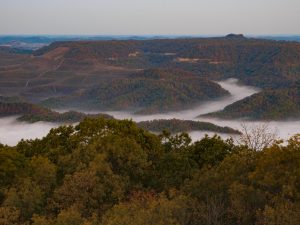 For more than a century, corporate land ownership has defined much of the region. While some in the region find ways to cooperate with these large companies, others feel cause for concern.

In an email, Dr. Ronald Eller, a retired professor from the University of Kentucky, wrote that the concentration of corporate landowners in the region “continues to be a major issue limiting the tax base (especially with the decline of coal production), but more importantly limiting the options for alternative land uses.”

Ideas about what those land uses could be are as diverse as the people in the region and not mutually exclusive. Eller would like to see an expansion of public lands, and Rouse a change in tax policy. And others, like Houck, simply hope the landholding corporations will open more of their land to hunting and recreation. But regardless of how — or if — land ownership patterns change, who controls the land will greatly impact the future of Appalachia.