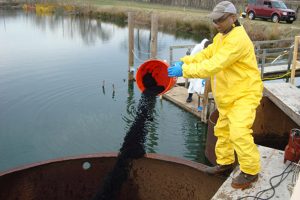 Scientists implement bioremediation techniques in an effort to reduce the volume of PCBs at the overflow pond in Altavista, Va. Photo by Kevin Sowers

For decades prior to the 1970s, local industries dumped polychlorinated biphenyls, or PCBs, into the six-acre emergency overflow pond of the Altavista, Va., wastewater treatment plant. This toxic chemical cocktail, manufactured in the United States starting in 1929, was banned fifty years later. Now, the strategies being adopted to eliminate the high levels of PCB contamination at this site in southwestern Virginia are rooted in natural capability.

Although utilizing plants, fungi and microorganisms to remove toxic material from soil and water is an ancient practice, bioremediation has not been well-studied. A new project in Altavista could be the first to show that this strategy can successfully treat PCBs — and at a lower cost than current methods.

After Altavista was told by the Virginia Department of Environmental Quality in 2002 to remediate the contaminated sediment in their pond, the town joined the state’s Volunteer Remediation Program and began evaluating potential treatment options. The most popular option today involves removing contaminated sludge to be either burned or shipped to a landfill, but after learning this would cost more than $4 million, the town began searching for a more practical and affordable option.

One outcome of this search is a 2012 experiment that planted nearly 170 willow and poplar trees around the banks of the contaminated pond. Ecolotree, a small private company, is known for these phytoremediation projects which use plants to soak up toxic contaminants. That same year, researchers from the University of Maryland-Baltimore County also began participating at the Altavista site, where Dr. Kevin Sowers and his team are testing how effectively microorganisms can break down PCBs.

In an email, Sowers reports that results from his lab suggest “that we could reduce PCB levels by 80 percent over a 2.5 year period with bioaugmentation — a decrease that would normally take decades.”

Field results remain uncertain, however, and could take many years to establish. In June, a peer-reviewed analysis of these two experiments was presented at a workshop which attracted scientists from across the country. With funding from the Altavista town council, this review was conducted by the Danville, Va.-based Institute of Advanced Learning and Research. The institute also received town support to initiate its own bioremediation project at the pond last March. Dr. Scott Lowman, a scientist at IALR, says the workshop was likely the first of its kind in the United States.

Lowman and his team are experimenting with a perennial switchgrass which they have injected with a rhizosphere bacteria that can metabolize or break down PCBs. The first sample results of the project are expected this summer. “[L]iterature has shown that this works in the lab, but now we are trying it in the field,” Lowman says.

The town has yet to decide on a full-scale treatment project to fund, but if the results from Lowman’s favorable, a phase two may be initiated. “This is a worldwide problem,” Lowman says. “If this project is successful, it would not only benefit the town of Altavista but many other localities as well.” 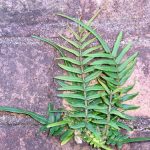 Bioremedial Benefit: Brake ferns draw heavy metals into their tissues and out of the earth to accumulate high levels of arsenic
Native to: China
Interesting fact: Able to grow in heavily polluted soil, and high arsenic concentrations may even boost the fern’s growth 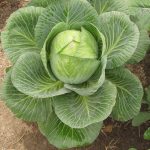 Bioremedial Benefit: Able to remove lead from soil; just don’t eat them if that’s what they’re being used for!
Native to: Europe and temperate Asia
Interesting fact: There are about 30 different species of Brassicaceae, most of which are highly regarded for the nutritional value 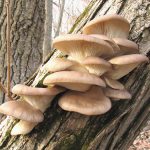 Photo by A. Bower

Bioremedial Benefit: Breaks down organic bonds in toxic chemicals
Native to: Tropical and temperate climates around the world
Interesting fact: These mushrooms secrete enzymes that break down the carbon-hydrogen bonds in wood, which are similar to those found in oil and pesticides

Bioremedial Benefit: Able to absorb lead, arsenic, zinc, chromium, copper and manganese from polluted soil
Native to: North and South America
Interesting fact: Sunflowers were successfully used to clean up uranium and strontium-90 from contaminated soil in Ukraine after the Chernobyl disaster, the worst nuclear power plant accident in history