Community Rallies Around Need for Energy Efficiency in the High Country 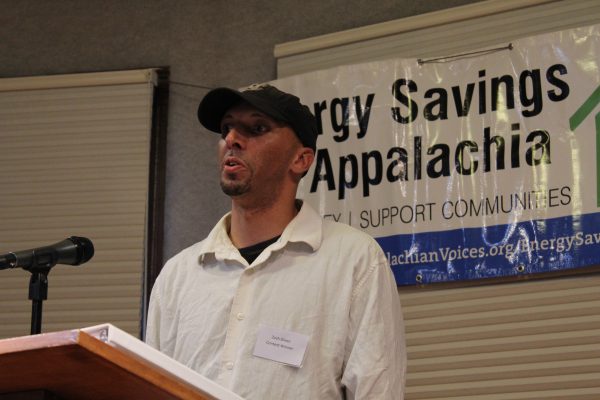 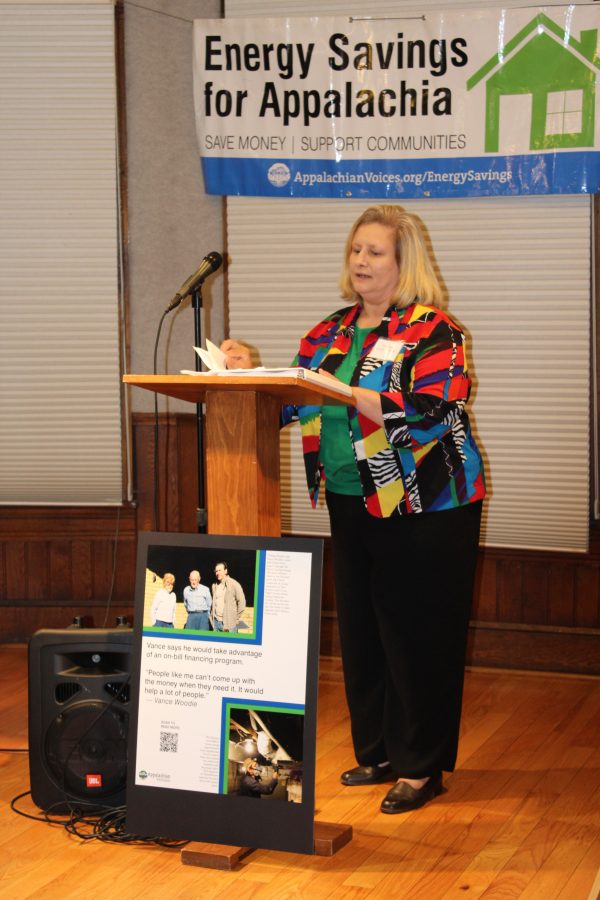 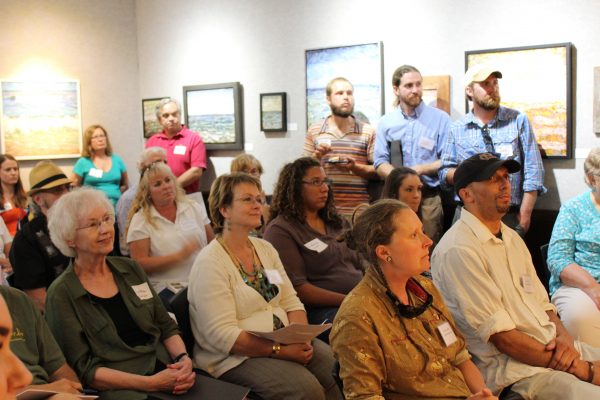 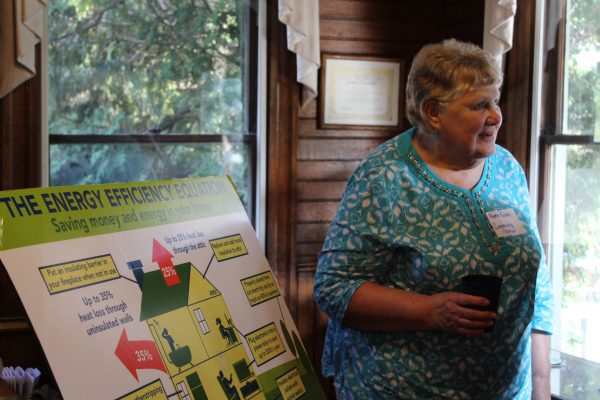 Appalachian Voices, a regional environmental non-profit organization promoting electric utility “on-bill energy efficiency finance” programs, organized the event with the support of local residents. On-bill financing offers residents a way to pay for energy efficiency upgrades to their homes through their electric bills using the savings gained as a result of the energy improvements. During the event, Appalachian Voices presented a folder containing more than 1,000 signatures by High Country residents and letters from more than 20 local businesses and service agencies supporting an increase in energy efficiency investments through on-bill finance programs. According to Appalachian Voices, such programs provide the best option for addressing high energy costs related to poorly weatherized homes and old, inefficient appliances, and for alleviating the impact that energy costs have on low- to moderate-income residents.

The event closed with a call for local electric utilities, government agencies, service organizations, businesses and residents to identify and invest in solutions such as on-bill financing for lowering energy costs, alleviating poverty and creating new jobs in the High Country.

“Energy waste isn’t just an environmental problem, it’s also an economic problem,” said Rory McIlmoil, energy policy director for Appalachian Voices. “Here in the High Country we see a high incidence of poverty, lower-than-average family income, a housing stock that is mostly decades old and in need of efficiency improvements, and energy costs that for some folks accounts for nearly half of their income in the winter months. Together those issues are having a negative economic impact on the area, and this is a problem that we need to work together to address.”

To illustrate the need for home energy improvements and the benefits such improvements can have on local residents, Appalachian Voices hosted the High Country Home Energy Makeover Contest, which ended last February with three residents receiving free efficiency upgrades. Zach Dixon, a resident of Boone and the grand prize winner of the contest, described the benefits he’s received, saying, “Before winning the contest and getting my attic and floors insulated, I had so much heat escaping right through the attic, and I was paying as much as $200 a month on my electricity bills. Just having that insulation has made a major difference.”

An analysis of the three winning homes was conducted by ResiSpeak — a Cary, N.C.-based utility data collection and analysis service. Daniel Kauffman, general manager of ResiSpeak, summarized the results by saying, “Based on the few months of data since the retrofits, the homes appear to be consuming between ten and thirty percent less electricity than they were before. We will have a clearer picture of the energy savings due to the retrofits after this coming winter, and if current trends continue we should see significant savings.”

In addition to the services WAMY provides, much is already being done in the region to assist families who struggle with their energy bills in the winter or are in need of home energy improvements. For instance, Blue Ridge Electric Membership Corp.’s donation-based Operation RoundUp program provides bill payment assistance for residents who are unable to pay their energy bills in the winter. Community service organizations such as WeCAN help distribute these funds, while other organizations provide free firewood for winter heating needs. Many High Country residents have taken steps to lower their own energy costs. Despite all of these efforts, the fundamental lack of financial support remains largely unaddressed, leaving thousands of residents without the means for improving their home’s energy efficiency.

Speaking at the event, WAMY’s Executive Director Melissa Soto said “WAMY can weatherize homes for individuals that fall below 200% of [the U.S. poverty line]; however, there is always a long waiting list and never enough funding. There is also a huge gap between those that qualify for our services and those that can afford to make the improvements themselves. That’s why an on-bill financing program is so exciting — it gives those in the middle income brackets an opportunity to improve their quality of life.”

To which Mary Ruble of Boone, who is also a Blue Ridge Electric member, added, “I’m one of those that falls in the gap. I’ve been able to pay for some improvements myself, but not for everything that needs to be done. To me, on-bill financing is a win for all of us, and I’m really thankful that Blue Ridge is exploring ways they can help.”

“New solutions are required that provide comprehensive energy improvements while greatly increasing the level of investment in residential energy efficiency in our communities,” concluded McIlmoil. “We’re already seeing steps being taken to achieve this with the recent announcement by Blue Ridge Electric that they are considering developing an on-bill financing program for their members. We greatly appreciate this and are extremely encouraged by their leadership in tackling the issue.”

Appalachian Voices and local residents expressed hope that the event would spark a conversation throughout the High Country about how to develop more effective programs for addressing the problem of high energy costs. More information about on-bill financing and the Energy Savings for the High Country campaign can be found at appvoices.org/highcountry.