Is the Obama administration ready to continue modernizing the landmark law? 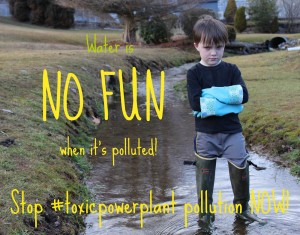 Last week, the U.S. Environmental Protection Agency announced the release of its long-awaited Clean Water Rule, which clarifies the scope of waters protected under the Clean Water Act.

The finalized rule ends a decade of confusion; a 2006 U.S. Supreme Court decision brought into doubt the definition of “navigable waters,” which the EPA had historically interpreted to include areas connected to waters by tributaries or other smaller streams.

As The Los Angeles Times reports:

Before the new rule, up to 60 percent of American streams and millions of acres of wetlands were potentially overlooked by the Clean Water Act, EPA officials say. One in three Americans … use drinking water affected by these sources that lacked clear protection from pollution before the rule change, according to the agency.

Is the Obama administration ready to continue the trend of strengthening and modernizing the Clean Water Act — the crucial environmental law that came about due to levels of water pollution that seem unfathomable today?

As the EPA pursues updating the Effluent Limitation Guidelines, which provide standards on wastewater discharge from power plants, we hope that is indeed the case. Sixty percent of water pollution comes from coal-fired power plants alone, and these guidelines would also include natural gas and nuclear facilities.

The primary reason the EPA is even updating these guidelines is because clean water groups sued the agency for not having updated the rule since 1982.

These out-of-date standards do not contain federally enforceable limits on toxic heavy metals. Any limits are left for individual states to decide; as a result, 70 percent of current Clean Water Act permits for power plants do not have limits for heavy metals.

Even worse, the water pollution from these plants has become more dangerous since many coal-fired power plants have installed air pollution technology that “scrubs” emissions before they leave the smokestack. This is good news for air quality, but not for water quality. The scrubbed pollution has to go somewhere, and that somewhere is in waste impoundments where these pollutants supposedly “settle” to the bottom. Power plants are then allowed to dump water from these impoundments into our river and lakes, which sometimes serve as drinking water sources.

Heavy metals are dangerous at varying levels to wildlife and human health. The industry is also discovering that the chemicals used in the “scrubbing” process can interact with chemicals from drinking water treatment plants to create trihalomethanes, which have been linked to bladder cancer.

The EPA released draft options of the Effluent Limitation Guidelines in 2013 and received more 160,000 comments, most asking for the strong technological options that would create zero waste. The agency is planning to release the final standard this fall. But there is real concern among clean water advocates that the final rule may not pursue the most technically feasible option for stopping pollution from heavy metals and other chemicals, as required by the Clean Water Act.

We are going to need your help to crank up the pressure on the White House to make sure the EPA listens to us water-drinkers as it works to finalize the rule for this fall. Sign up here to receive updates. Follow us on Facebook and Twitter, too.