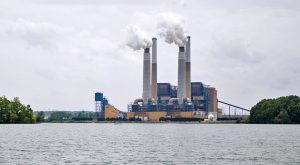 Dozens of North Carolinians living near Duke Energy’s coal plants learned this week that that their well water is unsafe to drink or use for cooking. Photo by Avery Locklear

Dozens of residents across North Carolina received notices this week telling them not to drink or cook with their well water due to recent tests which show unsafe levels of contaminants that may be associated with coal ash.

As part of North Carolina’s coal ash law enacted last year, Duke Energy is required to test the well water of residents living within 1000 feet of the massive coal ash ponds that dot the state.

For years, the demands of residents in communities next to coal ash ponds and environmental advocates were ignored by Duke and the state Department of Environment and Natural Resources, despite independent water sampling that showed elevated levels of contaminants. Now, more than a year after the Dan River coal ash spill, water testing results are coming back, giving residents and regulators a clear picture of just how widespread the problem is.

Residents living near 9 of the 14 coal plants across the state have been notified of exceedances of the groundwater standard for concerning metals such as arsenic, chromium, and vanadium. According to DENR, 87 of the 117 wells Duke tested exceeded North Carolina’s groundwater standards for one or more toxic constituents. Some wells also had high levels of constituents that may be naturally occurring in North Carolina soil, such as iron, manganese and pH.

Duke has been quick to latch onto those exceedances as evidence that the contamination is not from their illegally leaking coal ash ponds. But residents who can see coal ash ponds from their yards and have watched Duke’s smokestacks for decades have little doubt why they are now being told “don’t drink the water.”

DENR officials say they will investigate the source of contamination and, if it is linked to coal ash pollution, Duke will be required to provide residents with clean water. But that reassurance is hardly recompense for North Carolinians who may have been unknowingly drinking contaminated water for an unknown amount of time. And until the source is determined, residents will have to foot the bill for bottled water.

More residents have received results from their well water tests and 166 well owners out of the 207 wells tested so far have been told not to drink their water.

Duke Energy still denies that their leaking coal ash ponds have contaminated neighbors’ wells, but the company has agreed to supply bottled water to families who have been told that they can not safely drink or cook with their water. Duke is supplying a gallon per person today.