The mining industry likes to claim that mountaintop removal results in minimal impacts to water and that reclamation can often result in new benefits. Unfortunately for the industry, several new studies add to the ever-growing body of work that contradicts these claims. The impacts to communities and ecosystems near mountaintop removal mines far outweigh the benefits of flat land for a new Walmart or prison.

In August, Margaret Palmer and Kelly Hondula published “Restoration As Mitigation: Analysis of Stream Mitigation for Coal Mining Impacts in Southern Appalachia.” The research examines the effectiveness of compensatory mitigation, where coal companies restore previously degraded sections of streams to compensate for other streams buried or damaged during mountaintop removal mining. The study found that mitigation is not meeting the objectives of the Clean Water Act, due to factors including the following:

The study found that most mitigation projects examined focused on restoring the physical structure of the stream, but not necessarily the ecological function. Basically, just because it kind of looks like a stream, doesn’t mean it is a functional stream. This research provides support to a fact those who live around mountaintop removal already know: once streams and valleys are destroyed by mining, you can’t get them back. 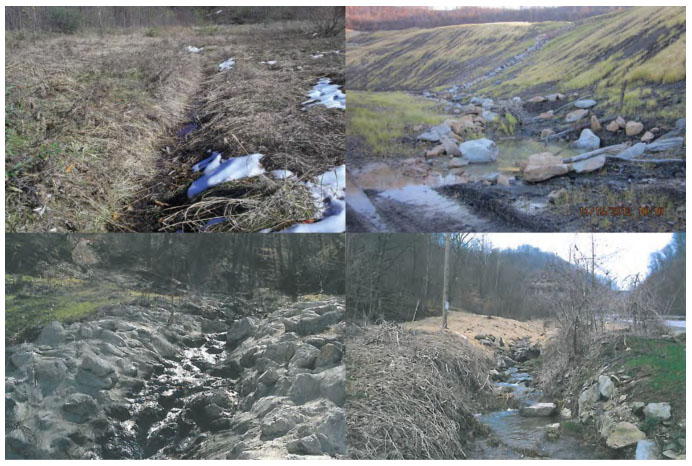 Another recent study by Nathaniel Hitt and David Smith, “Threshold-Dependent Sample Sizes for Selenium Assessment with Stream Fish Tissue,” provides additional cause for concern regarding both the impacts and regulation of selenium. Selenium is a naturally occurring element that often gets released into streams at unnaturally high levels through mountaintop removal mining. It is toxic to aquatic life at very low levels and is both difficult and expensive to treat.

In an effort to ease regulations around selenium, the state of Kentucky recently updated their freshwater selenium standards. The old standard was based on the amount of selenium in water. The new standard proposes to test the selenium level in fish tissues, when the concentration in the water exceeds 5 ug/L. Not only is this new standard less protective of aquatic life than the original, it will also be more difficult to enforce. The new Kentucky General Permit for eastern coal mines, which was issued last September, outlines enforcement of a permit limit of 8.6 mg/kg dry weight in fish tissue, obtained through two composite samples consisting of 2-5 fish.

Not only is there a concern regarding streams where fish may be scarce or absent, but the new research indicates that the number of fish used in a sample likely has significant impacts on the results. The study investigated the effect of the number of fish in a sample on the likelihood of correctly determining the concentration of selenium in the fish tissue. The study examined both the likelihood of finding a false positive and the likelihood of a false negative result – that either the samples indicated selenium was exceeding the management threshold when it actually was not, or that samples indicated selenium was not exceeding the management threshold when in fact it was. From a conservation standpoint, the consequences of a false negative are clearly more worrisome. One way to decrease this risk is to increase the chance of determining selenium is exceeding the threshold when it actually is not (increasing the type I error rate), but I suspect the coal industry would not look favorably upon that option. 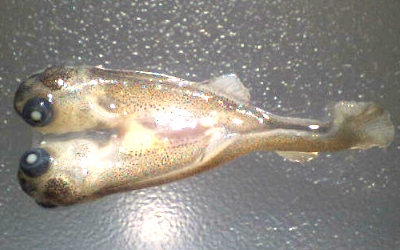 The study includes a scenario that closely resembles the requirements of Kentucky’s permit — a sample size of 4 fish and a selenium level of 8.0 mg/kg. In this scenario, a violation would be detected at least 80% of the time only when the true selenium concentration is 9.9 mg/kg to 10.9 mg/kg, depending on the chosen error rate. Selenium would have to be up to 36% higher than the threshold of 8.0 mg/kg in order to know that the threshold has been exceeded.

Basically the study indicates that for small samples sizes and high selenium concentrations, you are very likely to incorrectly conclude that you have not exceeded the selenium limit, when in fact, you have. This is an especially big problem for selenium, as it shifts from harmless to toxic over a narrow range.

In short, these two studies seem to indicate that reconstructed streams are unlikely to adequately support ecological functions, like providing appropriate habitat for aquatic life. Even if the reconstruction does sustain fish populations, it is likely that selenium pollution will still pose an insurmountable, or at least underenforced, problem.

If you find this all a bit disheartening, don’t worry, there is something you can do! Take action to change these issues. Oppose permits that will further degrade streams and release selenium into the watershed, comment on the next draft of the EPA’s selenium standards, and keep an eye out for the new Stream Protection Rule expected from the Office of Surface Mining Reclamation and Enforcement next year.