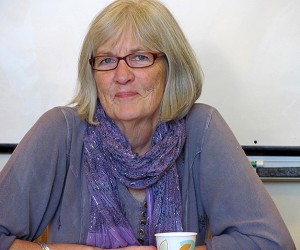 Patricia Beaver may not be a household name in all circles, but mention her name in a group of Appalachian scholars, and everyone will have a story to share. Beaver has been a leading scholar in the field of Appalachian Studies for over four decades. With a doctorate in anthropology from Duke University, Beaver has focused her studies on the influence of gender, class and ethnicity on social structure in both Appalachia and China.

Beaver is an advisor on “After Coal,” a documentary film project started in 1974 as one of the first initiatives to draw parallels between Appalachia and other mountain regions around the world. The ongoing project engages members of Welsh and Appalachian coalfield communities, encouraging dialogue and reflection on their respective pasts, visions for the future, and how each region can learn from the other.

Beaver also served as project director of the federally-funded Appalachian Land Ownership Study, a groundbreaking survey published in 1983 that detailed the overwhelming amount of absentee land ownership across Appalachia.

Until her retirement in December 2013, Beaver directed the Center for Appalachian Studies at Appalachian State University for 20 years, leading the center in its multi-disciplinary and regionally focused programs.

In his recent writing project on coal mining, North Carolina Poet Laureate Joseph Bathanti dedicated one poem to Beaver, but he declared that “She deserves a thousand poems in her honor.” Many in the Appalachian Studies field would surely agree.