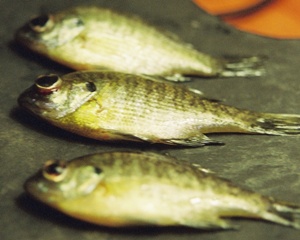 Thankfully, the EPA has rejected Kentucky’s proposal for the new acute selenium standard. The EPA stated that it “is disapproving the acute selenium criterion because it does not provide adequate protection of aquatic life.” The EPA further elaborated that the proposed acute standard did not properly account for the fact that diet is the primary means of exposure to selenium for most aquatic life. This decision means that Kentucky’s former acute standard of 20 ug/L will remain in place. 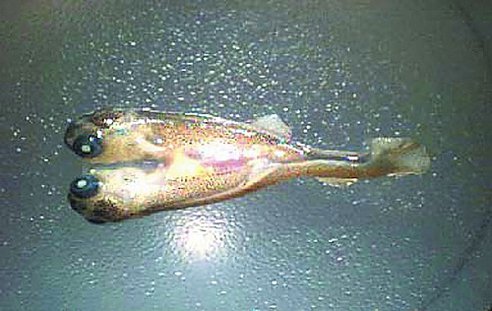 Unfortunately, the EPA approved Kentucky’s proposed chronic selenium standard, which will likely not only have real consequences for Kentucky’s fish, but also for those attempting to protect Kentucky’s waterways. Collecting fish samples to test tissue selenium concentrations does provide a more complete picture of selenium contamination in a stream, making it a useful tool for scientific research. But this method is not appropriate for enforcement of pollution discharge permits for industries such as coal mining, because it is not adequately protective of aquatic life, it is difficult to enforce, and it unfairly prevents citizen enforcement of the Clean Water Act.

The standard does not adequately protect aquatic life — where fish are available to test, it is likely that those fish will already be irreparably harmed before fish tissue sampling is triggered by the 5.0 ug/L number. The new 8.6 ug/g fish tissue standard is higher than the 7.9 ug/g standard proposed by the EPA back in 2004, which was rejected when a group of the nation’s leading selenium scientists argued the standard was too high. The new Kentucky standard will be especially damaging to species that are particularly sensitive to selenium, including bluegill and catfish.

After being confronted by Appalachian Voices and our allies with concerns about what would happen if no fish were available to test because they had already been extirpated by excessive pollution below surface mines, Kentucky Energy and Environment Cabinet Commissioner Bruce Scott clarified that if no fish were available for sampling, the 5.0 ug/L water column standard would be used for enforcement of the mine’s water pollution permit. While this is a small step in the right direction, we question the feasibility of enforcing pollution discharge permits based on fish tissue samples. There is a very real concern that any enforcement attempt by the state will be met with legal arguments around fish tissue sampling – what if fish can only be found very far downstream of the pollution outfall in question? What if multiple outfalls from different companies exist upstream of the sampling location (a very real possible in eastern Kentucky)? In many cases, it may be possible for a company to legally argue that it is not solely responsible for the level of contamination in a fish tissue sample.

Additionally, sampling fish tissue involves a more complex collection process than collecting a water sample, and involves more expensive laboratory testing. Not only will mining companies and the laboratories that they employ have to implement additional testing procedures, but the state may have to do so as well. The complexity that this new rule adds is puzzling when you consider the limited resources of the underfunded and understaffed agency whose job it is to enforce it. Secretary of the Kentucky Energy and Environment Cabinet wrote in a 2011 letter to the editor that “it is virtually impossible for any of the 50 states’ environmental regulatory agencies to satisfy all the requirements under the ever-growing mountain of regulatory edicts and unfunded mandates handed down from Washington. It’s a little like putting our finger in the regulatory dike and hoping it doesn’t come crashing down.”

As cumbersome as fish tissue sampling may be for mining companies or the state, it will likely be impossible for citizens and citizen groups. The Clean Water Act includes a very important citizen suit provision, which allows people to participate in the protection of their water resources. While it is feasible for citizens to collect water samples downstream of coal mines, it is much more difficult to collect fish samples. Perhaps the largest hurdle will be that such collections likely require permits issued by the state. In a state where more than 40,000 violations of the Clean Water Act went unnoticed by the state mining agency, citizen enforcement of the Clean Water Act is imperative.

TAKE ACTION: Tell the EPA to do its job and protect citizens rights to clean water.