Fall is right around the corner and football season is upon us, so let’s get rolling!

Now this is just the kind of headline every Tennessean wants to see: Chattanooga; America’s Next High-Tech Hub?

Here’s what Chattanooga Mayor Andy Berke has to brag about my hometown’s technological literacy and phenomenally fast internet:

In the past, we’ve called ourselves the ‘Boulder of the South.’ Then, the next Austin. All kinds of comparisons. My mantra has been: Now is our time. Let’s not worry about what others are doing. Let’s be proud of where we are and take advantage of all of our opportunities.

As if it wasn’t already cool enough that Chattanooga was opening its own trampoline park. C’mon guys, this isn’t even fair anymore.

Now, some bad news that bears repeating. Appolo Fuels is applying for an 804-acre surface mining permit in Claiborne County. But you can help stop this monstrosity of a permit. How?

A joint public meeting is being held on Tuesday, September 24 as part of the local interagency working agreement. This is a new process in which all the relevant regulatory agencies are working together to issues mining and water pollution permits. You can find much, much more on the proposed mountaintop removal mine here.

For the eighth consecutive year, TVA has received high marks for economic development. Additionally, after facing a lot of criticism about the extremely low cap on their Green Generation Partners Program, TVA is starting a Solar Communities Initiative.

The innovative approach tries to provide renewable credits and tax breaks for industry, the chance for residents to promote more solar power and the opportunity for TVA to get more renewable power to comply with a 2-year-old settlement with the U.S. Environmental Protection Agency.

TVA began soliciting proposals under the new Solar Aggregated Value and Education (SAVE) program last month. Program Director Neil Placer said TVA expects to have one or two solar projects added to its grid by 2015.

What to do if you’re ever spelunking in Tennessee and happen stumble across the bodies of a few pre-European contact southeastern Native Americans? Indian Country Media Today has more on the discovery of what is believed to be a burial site of the Eastern band of Cherokee by some nearby cavers. They came from an amazing civilization, that’s for sure.

Howe said that when the Europeans arrived, it was the height of the Mississippian culture. When the Europeans arrived they encountered the largest towns they had ever seen, and Howe said the Europeans and Spaniards, “fueled by God, Gold, and Conquest” were from such a poor stratified community, “and here there was art everywhere, a very powerful society. There was no concept of the frontier for the Southeastern Americans. It was a very vibrant, large, system of many towns.”

Congrats to Dr. Chris Moore on his successful effort to have Lookout Mountain Conservancy achieve national accreditation by the Land Trust Alliance! Great news for Chattanooga area mountain-ers. Of the 1,700 groups of this type across the country, according to coverage by Nooga.com, only 230 conservation groups have been awarded this accreditation since the fall of 2008. It is the third in Tennessee to receive the designation. 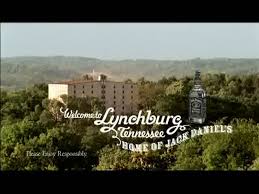 Finally, we’ll end on some good news. Jack Daniels recently announced a $100 million expansion to its distillery in Lynchburg, Tenn., and that means one thing — JOBS In an announcement, Gov. Bill Haslam said that the investment is the “largest single production expansion in the 147-year history of Jack Daniel’s. It will add stills and barrel warehouses and about 90 jobs at the Jack Daniel Distillery in Lynchburg, about 65 miles south of Nashville. The reason for the expansion? Overseas demand for American whiskey and bourbon is booming. Last year, the popular whiskey was sold in more than 160 countries.

Thats some good publicity for Tennessee. Or as Senate candidate Joe Carr would call it, publickity!

Song of the Week
“Birmingham” by Shovels and Rope. Great band that is really catching fire lately. If you missed them at the Ryman, they’ll be at Bristol.