TVA says they are in line with the president’s plan on climate change! National Coal is packing their bags and leaving Tennessee! More solar is on the way! Cleaner air, healthier kids, fewer coal plants? It sure does make sense for Tennessee.

We’re having our Tuesday with a dash of Wednesday today over here at Appalachian Voices’ Tennessee HQ. It’s been a big week in the energy world, with President Obama delivering a much bally-hooed speech about his administration’s plans to address climate change through the remainder of his term, and the U.S. Senate Shaheen-Portman (S 761).

Let’s drive straight over to President Obama’s supposedly historic speech on his administration’s plans to address climate change. You can watch the full speech on whitehouse.gov, see the nifty infographic they put together here, and read Appalachian Voices’ statement here.

Appalachian Voices Executive Director Tom Cormons said (and I agree, not only ’cause he’s my boss):

President Obama must stop industry from pushing the costs of doing business off on communities and our environment, while doing more to invest in energy efficiency and renewable sources, particularly in Appalachia and other regions that have borne the brunt of a fossil-fuel economy. For example, the administration’s plan to provide up to $250 million in loan guarantees to rural utilities to finance job-creating energy efficiency and renewable energy investments is a great start. Compare this to the $8 billion in the president’s plan for loan guarantees supporting fossil fuel projects, and its clear that we need to see a much stronger commitment.

Two of the key points of criticism from many environmental, health and public interest groups was that the president’s plan — while taking some important steps on emissions from coal-fired power plants — was essentially a green light for natural gas fracking, and didn’t mention mountaintop removal coal mining at all. 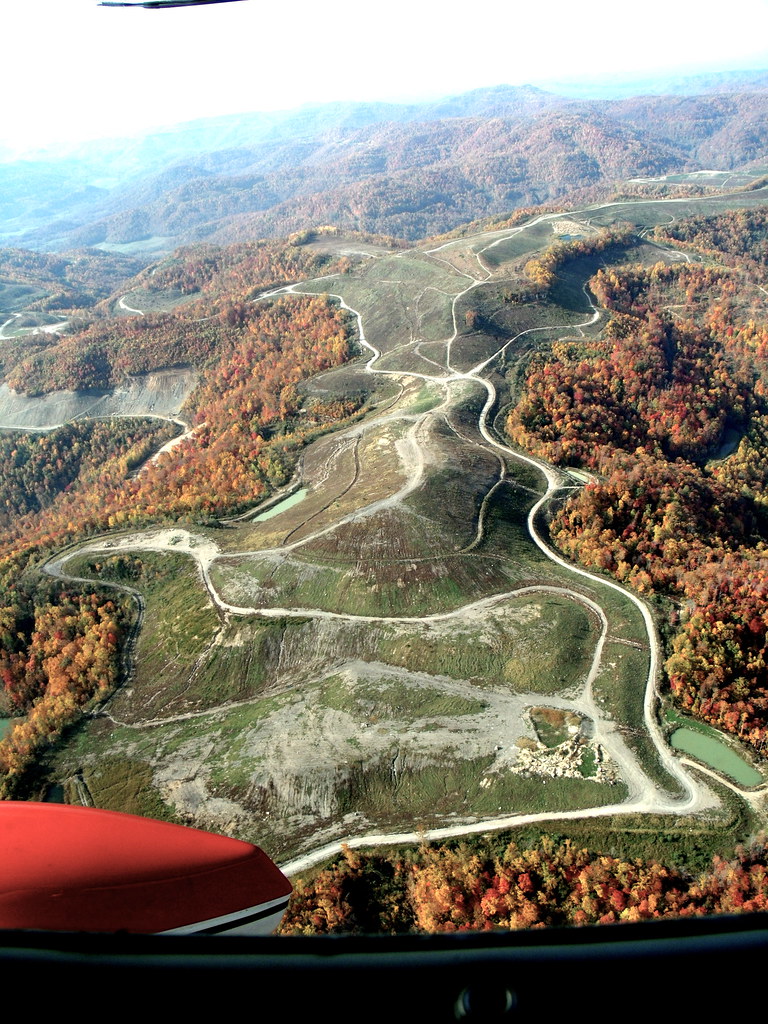 In fact, due to the looming speech, and a slowing Chinese economy, coal shares took a giant nosedive at the beginning of the week. Perhaps that’s another reason that we’ve just learned that National Coal — once Tennessee’s largest coal company — will no longer be doing surface mining in Tennessee. Congratulations to our friends at Sierra Club, SOCM, Tennessee Clean Water Network, and Appalachian Mountain Advocates. We will have more on that case on this blog soon.

It does seem as though there is broader consensus among utilities, coal companies, progressive and conservative groups than is often acknowledged on the facts about coal and climate change. The conservative National Review says:

Across the political spectrum, people agree on three things 1) regulations aren’t coal’s biggest problem. 2) China something something and that 3) the U.S. is doing better at curbing pollutants, including carbon.

And that’s exactly right. I think we all agree. Of course, the coal industry only agrees privately that regulations aren’t their biggest problem while publicly they scream about a “war on coal,”® are more than happy to sell off our land and resources to China, and say that since we’re doing better at curbing carbon and other pollutants, we shouldn’t do anything else ever. But big utilities, including TVA, say that they are acting in accordance with the agenda laid out by President Obama:

We think the direction we are headed is aligned with his plan,” said John W. Myers, TVA director of environmental policy and regulatory affairs … In a conference call with reporters, Myers said that TVA has adopted a goal of becoming an industry leader in producing low-cost and cleaner energy. TVA plans to retire 36 coal-fired units at its 11 fossil plants.

TVA is among those who understand that our air is cleaner than it was 20, or even 10, years ago because we’re not dumping as much point-source pollution from coal plants into the air. As with reductions in other pollutants, part of the trend of lower carbon emissions has been the closure of existing coal-fired power plants.

Coal plant closures are a trend that the Energy Information Administration (EIA) expects to continue:

The Energy Information Administration reported March 12 that power plant operators shut down about 7.9 gigawatts of coal-based generation capacity in 2012 … The agency noted that some of the 2012 closings were offset by the addition of five new coal-based generating units, with a combined capacity of 3.6 GW … However, the long-term trend is clearly toward more retirements, which averaged only about 1 GW annually from 2006 to 2010, according to EIA.

TVA agrees, clean air is an enormous boon to the economy of Tennessee, particularly the eastern part of the state, and the closure of power plants is helping:

TVA environmental monitoring senior manager Dennis Yankee said since the 1970s, the utility has reduced sulfur levels by 94 percent and nitrogen levels by 90 percent in emissions from its power plants … The Daily Times reported Jim Renfro, air quality specialist to the [Great Smoky Mountains National Park], said reduction of pollutants is widely beneficial … “Emissions and climate go together, so that’s going to define the air quality you have,” Renfro said.

And, to me, that’s the context that is absent from most of the national media coverage of President Obama’s speech, or most coverage of climate in general. The old media doesn’t know how to cover this issue apart from the tired frame of “JOBZ® vs. ENVIRONMENTALISTS.”

Fortunately, our friends at Grist do understand both science and politics, and they break down the president’s plan into some important bullet points, while Dave Roberts offers, as always, some excellent, must-read commentary on what IS and what ISN’T in the president’s agenda.

The also-brilliant Adam Siegel focuses on the fact that folks will exaggerate the costs and understate the benefits of the president’s policy:

There are two things that we know, without question, before the President opens his mouth … Those in denial on climate science will scream that the president is doing too much and those who understand climate risks will be concerned that the actions are inadequate. Everyone — EVERYONE — will overstate the costs of action and understate the benefits of climate change mitigation and action.

Fact of the day

The U.S. Energy Information Administration yesterday reported that U.S. coal producers delivered [a one-month] record [of] 13.6 million short tons overseas in March. That’s nearly one million short tons above the previous export record set a year ago in June 2012. The top five buyers of U.S. coal in March were China, the Netherlands, the United Kingdom, South Korea and Brazil.

So, as we’ve always said, we’re blowing up our mountains for what benefit? It’s not worth destroying America, our health and communities in order to send more coal overseas.

Good News of the Day

Sometimes, while you’re reading the news, you get a pleasant surprise. Thisexcellent article about Blue Hole in Chattanooga was just such a surprise.

And finally,Volkswagen’s vision of sustainability takes place in Tennessee.

The Nuclear Regulatory Commission has proposed a $70,000 civil penalty against the Tennessee Valley Authority for violations related to the commercial grade dedication program during the construction of Watts Bar nuclear plant Unit 2.

In meetings with solar industry representatives this week, TVA agreed to expand the initial 7.5 megawatt-allotment for its solar incentive program for 2013 up to 10 megawatts. “TVA was an industry leader, and we’re still offering more programs and available capacity than others in the industry,” TVA spokesman Mike Bradley said Friday. But those in the solar industry complain that TVA’s credit expansion isn’t enough to meet the demand or prevent layoffs in the industry. “This [extra credit] is going to last one day because this will be fully subscribed even before August ever gets here,” said Steve Johnson, founder and president of Lightwave Solar, a 7-year-old company that was forced to lay off four employees last week after the cap was reached for solar incentives by TVA. “TVA was an early leader, but I’m afraid they are now going backwards…TVA is not adequately paying for the true value of solar,” Rabago said during a meeting with reporters and editors at the Times Free Press. Last year, TVA spent $8 million — $2 million of which was paid for in voluntary higher utility payments through the Green Switch Program — to support solar power producers in the Valley with premium purchases. “That hardly compares with the $2 billion change order TVA made at the Watts Bar Nuclear Plant,” Johnson said.

Hilarious Citizen Letter of the Week

Blog of the Week

Check out Rick Held’s excellent TNergyblog. It’s got great, in-depth coverage of all things Tennessee Valley, particularly relating to energy and the environment.

Song of the Week

She may have been born in West Virginia, but Tennessee sure is proud to be home to Kathy Mattea! Check out her new record Calling Me Home, and have a great week!

Here she is doing a beautiful song about her first home, West Virginia.