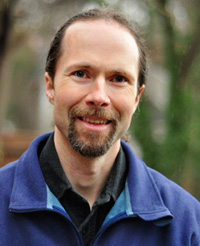 Charlottesville, Va. – Tom Cormons, who established the Virginia office of Appalachian Voices in 2007, has assumed the role of executive director of the regional nonprofit organization whose mission is to protect the land, air and water of the Appalachian mountains and transition the region to a clean energy future.

**NOTE: Cormons will be available for interviews today and throughout the week. His contact information is: Office: 434-293-6373; Email tom@appvoices.org**

Cormons brings a wealth of experience to the job, including intensive wildlife research, stints with a variety of national nonprofit groups, a leadership role in the Wise Energy for Virginia Coalition, and most recently as the deputy programs director for Appalachian Voices, where he helped develop the organization’s long-range strategic plan.

“Under Tom’s leadership, our Virginia office has grown to six staff, and Appalachian Voices is front-and-center in some of the most pressing environmental issues in Virginia,” says Board Chair Christina Howe of Boone, N.C., where the group is headquartered. “We are very fortunate to have a man of his vision and talent at the helm as we embark on the next chapter of Appalachian Voices’ journey.”

“I joined Appalachian Voices as a member 12 years ago, inspired by its mission to protect the mountains that I love, and I am honored to now lead this organization, whose staff, board, members and partners continue to inspire me every day,” Cormons says. “I’m very motivated to help our region transition to cleaner energy and to ways of supporting people’s livelihoods that respect our natural heritage. What we do to the mountains, forests, and creeks has tremendous implications for people living here now, as well as for what we’ll be passing on to our children and their children. With three young kids myself, this is always on my mind.”

Cormons says Appalachian Voices is uniquely positioned to leverage major societal shifts now underway. While destructive forms of coal mining and processing continue to cause untold devastation and heartache in the region, Appalachian coal is in decline as the most accessible reserves are mined out. At the same time, renewable energy and smart investments in energy efficiency are emerging as viable alternatives that can generate thousands of jobs. “The whole country needs to make this transition, but in many parts of Appalachia, everything is at stake — from the fate of ancient mountains and the purity of streams and drinking water to the health and economic well-being of families and communities,” he says.

“As I’ve worked with Tom over the years, I have witnessed his thoughtful, contemplative, and intelligent work mature and shine,” says Kathy Selvage, a coal miner’s daughter in Wise County, Va., who has worked with Appalachian Voices to end mountaintop removal, and currently serves on the board. “His love of the Appalachians, its flowers and fauna, and its people and culture will be the lynchpin of his guidance. Appalachian Voices is in good hands.”

Cormons takes over from former executive director Willa Mays, who led the organization over the last four years. Mays is returning to work with the Blue Ridge Parkway Foundation, where she had worked for just a short period in 2008 before taking several years away to guide Appalachian Voices through a period of expansion.

Tom fell in love with the mountains after leaving Virginia’s eastern shore to attend the University of Virginia in Charlottesville, where he received his B.A., with Distinction, in Political and Social Thought from the University of Virginia, and his J.D. from UCLA Law School with a concentration in Public Interest Law and Policy. He clerked for the U.S. Department of Justice and the Southern Environmental Law Center before opening the Virginia office of Appalachian Voices. Before law school, Cormons conducted intensive field research on terns in Brazil with the Great Gull Island Project in New York over the course of six years, and was also a full-time whitewater and climbing guide in southern West Virginia for four seasons. He lives in Charlottesville with his wife, Heather, and their three children.

In partnership with our partner groups and supported by grassroots activists, Appalachian Voices:

Appalachian Voices is an award-winning, environmental non-profit committed to protecting the natural resources of central and southern Appalachia, focusing on reducing coal’s impact on the region and advancing our vision for a cleaner energy future. Founded in 1997, we are headquartered in Boone, N.C., with offices in Charlottesville, Va.; Nashville, Tenn. and Washington, D.C.