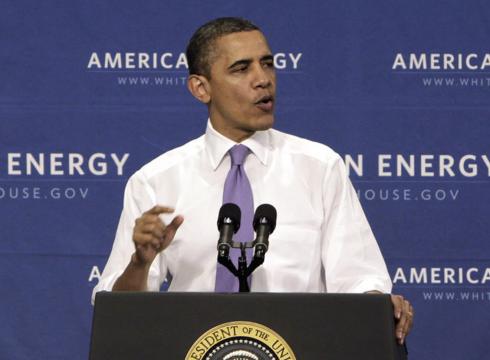 The first “State of the Union” address of President Obama’s second term had a little something for everybody. The President was aggressive about the need to tackle the problem of climate change, while using broad economic language to describe the potential benefits of growth in solar, wind, energy efficiency, and increased oil and gas exploration and consumption.

About the only energy industry the President didn’t throw a verbal bone to was the coal industry. But that doesn’t mean Appalachia isn’t directly implicated in some of the President’s new proposals.

Perhaps most importantly for our region, was how enthusiastically the President pushed rapid American investment in energy efficiency, saying:

I’m also issuing a new goal for America: let’s cut in half the energy wasted by our homes and businesses over the next twenty years. The states with the best ideas to create jobs and lower energy bills by constructing more efficient buildings will receive federal support to help make it happen.

We live right here in the Saudi Arabia of energy waste – the southeastern United States. As such, Appalachian Voices staff and members listened to this proposal with great interest. Energy efficiency is the lowest hanging fruit to negate and replace declining coal demand. It is cheap, clean, and creates loads of good jobs while lowering electricity demand. Few places are better suited to take advantage of the enormous potential of energy efficiency than Appalachia and the southeastern United States, and efforts to use our resources more wisely could provide an out-sized benefit to our historically wasteful region…

The President spoke of establishing an Energy Security Trust with oil and gas royalties, saying:

Indeed, much of our new-found energy is drawn from lands and waters that we, the public, own together. So tonight, I propose we use some of our oil and gas revenues to fund an Energy Security Trust that will drive new research and technology to shift our cars and trucks off oil for good. If a non-partisan coalition of CEOs and retired generals and admirals can get behind this idea, then so can we. Let’s take their advice and free our families and businesses from the painful spikes in gas prices we’ve put up with for far too long.

Considering the nature of the 113th Congress, this caught our ears as an interesting, intriguing (at the very least) proposal from a President perhaps more commonly known for sticking to less ambitious policy goals. Is this the type of proposal, or the type of mindset, that will allow Appalachia to continue to remain the electric powerhouse of the eastern United States as historical investment in coal changes into a focus on science, technology, biofuels, and renewable energy? Could this be good business for our region? A similar concept to consider, the President also laid the framework for a vision of decentralized business and manufacturing hubs:

Last year, we created our first manufacturing innovation institute in Youngstown, Ohio. A once-shuttered warehouse is now a state-of-the art lab where new workers are mastering the 3D printing that has the potential to revolutionize the way we make almost everything. There’s no reason this can’t happen in other towns.

So tonight, I’m announcing the launch of three more of these manufacturing hubs, where businesses will partner with the Departments of Defense and Energy to turn regions left behind by globalization into global centers of high-tech jobs. And I ask this Congress to help create a network of fifteen of these hubs and guarantee that the next revolution in manufacturing is Made in America.

There is a lot of food for thought in there, as Appalachian citizens and leaders work to replace the vanishing coal economy with something else. What will that world look like?

What did you think of the speech?