Since Europeans arrived, excessive hunting and deforestation has led to the demise of a number of Appalachian creatures.

The only parrot native to the United States favored old forests along rivers. Farmers saw it as a despised agricultural pest and ladies prized its feathers for their hats — it was extinct by the early 1900s.

Nesting colonies of passenger pigeons could be several miles wide and 40 miles long, with hundreds of birds in each tree. The birds could fly at 60 mph, but that didn’t save them from extinction in the early 20th century. 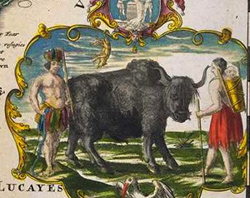 Smaller than their western counterparts, migratory eastern wood bison carved paths through the forest, and their trails were used by Native Americans as well as early European settlers. The last herd was slaughtered during the winter of 1799-1800, though a few individuals survived until 1825. 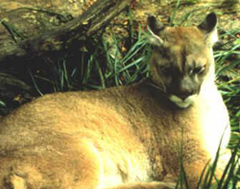 Experts believe the last of the eastern subspecies of mountain lion, or cougar, went extinct in the 1930s. It was officially declared extinct in 2011, the same year a cougar was killed by an SUV in Connecticut. That kitty had wandered east from South Dakota. It’s also likely that Florida panthers journey north to the mountains. 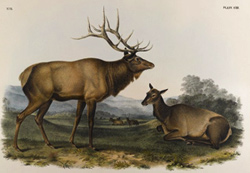 Extinct by the end of the 19th century, eastern elk were larger than their western cousins. Recently, western elk have been reintroduced to some parts of Appalachia. Remnants of the eastern elk’s bloodline might persist — Theodore Roosevelt sent 18 elk to New Zealand, and some might have been the eastern variety.