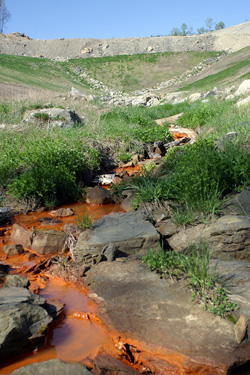 The coal industry and its allies jumped the gun yesterday in declaring victory over EPA in the first round of media stories. The court did not say the agency lacks the authority to ensure that Clean Water Act permits are consistent with that science.

Very importantly, the ruling does not prevent the Administration from denying valley fill mountaintop removal permits that violate the Clean Water Act.

We expect nothing less than for the EPA to defend its science-based guidance.

Appalachian Voices is also strongly calling on the Obama Administration to fulfill its responsibility to protect the health and environment of Appalachia by issuing new rules — with full public participation — to replace the coal industry-friendly rules that have been harming Appalachian communities for far too long.

Now more than ever, Americans need to stand by the Appalachian people and mountains and call for an end to mountaintop removal coal mining.