This is OUR LAND

Imagining a Land Ethic for a New Era 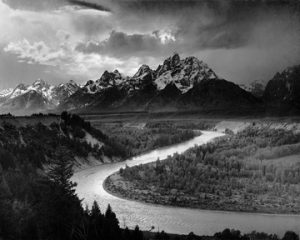 Whether it’s one of Ansel Adam’s iconic images — like this one of the Snake River (above) winding through the Grand Tetons — or an essay by Aldo Leopold (above left), works inspired by the American landscape and love of the land inspire the conservationists in us all.

There is no shortage of writers who have made the case for conservation and abundant public lands in which all Americans can take pride. It was Wallace Stegner, the historian and environmentalist, who said that “National Parks are the best idea we ever had. Abosolutely American, absolutely democratic. They reflect us at our best rather than our worst.” Writing from a distinctly American perspective, Stegner and others reinvigorate our commitment to conservation.

We read them intently. Then we go outside. With their wisdom in mind, if not a physical collection of essays or poetry tucked away in our backpacks, we can contemplate why we’ve made public lands such a priority. After all, the landscape itself offers no shortage of inspiration.

For more than a century, Americans have enjoyed the benefits of the country’s public lands — national and state parks, wilderness areas, national forests, nature preserves, and all the land maintained by government agencies and owned by us all. This includes 85 million acres managed by the National Park Service and 193 million acres of forests and grasslands managed by the U.S. Dept. of Agriculture under the Forest Service.

Echoing Aldo Leopold, the visionary conservationist who asserted that “a land ethic changes the role of Homo sapiens from conqueror of the land-community to plain member and citizen of it,” America’s protected lands serve as a refuge and respite to one of the most urbanized nations on earth — as of 2008, 80 percent of Americans live in cities.

It’s understandable then, that we turn to literature written out of love for the land or stare in wonder at the photography of Ansel Adams — even a black and white image of Yosemite Valley or the Grand Tetons inspires the conservationist in us all.

“For humans to have a responsible relationship to the world, they must imagine their places in it,” said Wendell Berry, a writer synonymous with the spirit of Appalachia, when he delivered the National Endowment for the Humanities’ 41st Jefferson Lecture in April. “To have a place, to live and belong in a place, to live from a place without destroying it, we must imagine it. By imagination we see it illuminated by its own unique character and by our love for it.” The benefits of conservation and maintaining our public lands are far from imagined. Nationwide, recreation on public lands is on the rise, and recreation tourism generates hundreds of thousands of jobs and contributes to every aspect of the local, often rural, economies that border them.

Despite broad support for public lands, however, some elected leaders have proposed stripping areas of their wilderness designation, and have advocated for increased leasing of public land for energy development, and even selling our national parks. 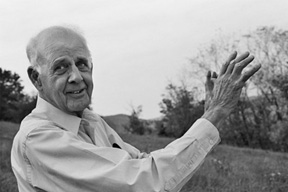 For decades, Wendell Berry’s writings and activism have spoken to the spirit of Appalachia. As the 41st Jefferson Lecturer of the National Endowment for the Humanities, Berry asks us to “Imagine our place in the land,” and remember why conservation is central to preserving the American dream. Photos liscensed under Creative Commons.

In the foreword to A Sand County Almanac, published in 1949, Leopold wrote that, “We abuse land because we regard it as a commodity belonging to us. When we see land as a community to which we belong, we may begin to use it with love and respect.” Evident from our fascination with our protected, public lands, Leopold’s notion of extending our ethic to include the land community continues to capture our imagination.

In this land-inspired issue of The Appalachian Voice, we contemplate the importance of conservation and the value of public lands by looking at the past and pondering the future. Trace the roots of the conservation movement and consider its place today; learn how climate change could impact the forests and wildlife habitats of Central and Southern Appalachia; meet a few of the men and women of our region who have dedicated themselves to land protection and conservation; and read about the audacity of extractive industries and how, in the pursuit of profit, even private property rights can come under attack.

You’ll find a special 4-page insert exploring a handful of the treasures hidden throughout the public lands of Appalachia. Pull it out, share it with your friends, pick your favorites and enjoy the extraordinary public lands of our region.