True community exists when neighbors respect each other. Good neighbors are mindful of the impacts that their actions have on the whole. When a powerful neighbor, like a corporation, does not respect their neighbors, communities can become literally endangered.

The corporation is Massey Energy, and this time around, the community is Rawl, West Virginia.

Over 700 people from Rawl and surrounding communities are suing Massey Energy in a class-action lawsuit claiming that Massey Energy is responsible for poisoning hundreds of southern wells with coal slurry. Water pollution is one of the most severe and life-threatening impacts of coal mining and processing. The trial is set to begin August 1.

UPDATE: According to an AP report, Massey Energy has settled the coal slurry lawsuit. The deal was struck earlier after a three day long mediation. The terms are confidential and all parties remain under a gag order.

Jennifer Massey-Hall, who is featured in the movie The Last Mountain, walks us through her neighborhood in Prenter, about 50 miles away from Rawl as the crow flies. Six people have brain tumors, with most of them now deceased. The national average for brain tumors is 6.5 per 100,000 men and women per year.

Here is the first of a 3-part video series by WCHS- TV, the local station about the illnesses. You can watch the other two here:


The culprit behind the brain tumors, as well as other illnesses, is believed to be heavy metals from nearby coal slurry impoundments and injections of the slurry into old underground mines that has leaked into the community’s well water. Coal slurry is a dangerous byproduct of the coal life cycle, when coal is “washed” and processed before it is shipped off by train or barge to power plants across the country.

There are over 600 coal slurry ponds dotting the Appalachian landscape.

This is only the tip of the iceberg of the overwhelming damage Massey Energy has caused to communities across southern West Virginia and beyond. They have been the biggest perpetrator of mountaintop removal coal mining, which has destroyed over 500 mountains and buried and polluted over 2000 miles of headwater streams. They violated the Clean Water Act over 4500 times in a six year time period and only paid $20 million dollars, which is less than 1% of the maximum fine. They are responsible for the deadliest coal mining accident in over 40 years. What right do they have to continue to do business?

Why does former CEO of Massey Energy, Don Blankenship walk free today, while climate activist Tim DeChristopher goes to jail? Tim DeChristopher illegally bid on oil and gas leases in Utah in 2008 in order to stop climate change and demonstrate how the federal government was giving away public lands to corporations for next to nothing. (Read more here about this case). In his eloquent pre-sentencing statement, DeChristopher says of Massey,

A West Virginia state investigation found that Massey Energy had been cited with 62,923 violations of the law in the ten years preceding the disaster that killed 29 people last year. The investigation also revealed that Massey paid for almost none of those violations because the company provided millions of dollars worth of campaign contributions that elected most of the appeals court judges in the state… Those crimes committed by Massey Energy led not only to the deaths of their own workers, but to the deaths of countless local residents, such as Joshua McCormick, who died of kidney cancer at age 22 because he was unlucky enough to live downstream from a coal mine. 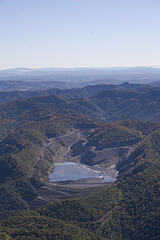 That’s why we have called on Beau Biden, Attorney General for Delaware (where Massey Energy is incorporated) to investigate Massey Energy’s business practices and consequently revoke their corporate charter. We started this campaign with Free Speech for People, a great organization dedicated to overturning the Citizen’s United Supreme Court decision that declared corporations have rights to “personhood”. Rainforest Action Network has also recently joined the campaign.

So far, over 13,000 citizens like yourself have joined us by signing the petition to Attorney Beau Biden that we intend to to deliver in September. Our goal is 15,000 signatures.