“The world’s religions have a crucial role to play in the fight against global climate change.” United Nations Secretary General Ban Ki-Moon, speaking to the leaders of nine major religious movements. 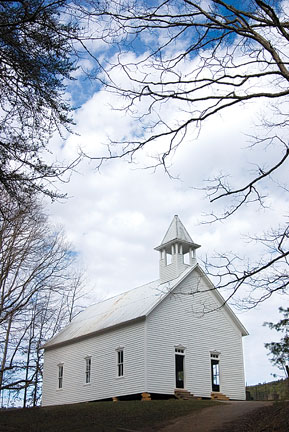 Approximately 85 percent of the world’s population adheres to some form of organized religion, and these organizations could be the key to changing how humanity views and treats the environment.

“Major social movements of our time have gained the most momentum when the faith community got on board,” said Jill Rios, director of North Carolina Interfaith Power and Light (IPL).

In Appalachia, the faith community is getting on board in a number of ways. Interfaith Power and Light has created the “Cool Congregation Calculator,” a tool which helps churches conduct energy audits of their buildings. Rios says that many North Carolina congregations have started using the tool, not only to be more efficient, but also to spark discussions within their communities about environmental issues.

At Bethlehem Farm, a solar-powered Catholic community in Pence Springs, W.Va., environmental education becomes a hands-on experience. During service weeks, volunteers come to the farm to learn to “be an authentic local community that seeks to ‘be the change we wish to see in the world’ and which, therefore, supports sustainable practices.”

In Knoxville, Tenn., the Lindquist-Environmental Appalachian Fellowship (LEAF) says “concern for God’s Creation is not a matter of being liberal or conservative, a Republican or a Democrat. We believe people of faith can look beyond such distinctions and do the Lord’s work together.”

A large part of LEAF’s work is campaigning for state legislation to end mountaintop removal. As part of their campaign, the group erects billboards showing mountaintop removal sites and the phrase “Only God Should Move Mountains.” Their view of stewardship is “using land with a forethought born of reverence.” 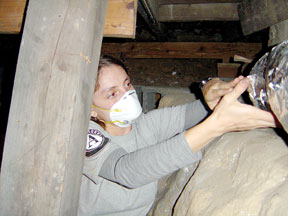 Peter Illyn, director of the Christian group Restoring Eden, says “there is a rich history of the Church drawing closer to the divine through nature…[however] a lot of Christians who care about nature have no idea how it works.”

Restoring Eden provides youth with a better understanding of nature and humanity’s effects on it through tours of mountaintop removal sites and service days in the communities affected by the practice.

Thomas Jefferson Memorial, a Unitarian Universalist Church in Charlottesville,Va., is in the early stages of planning an eco-justice program called “Go Tell It on the Mountain, which will help educate and organize their church to take action against mountaintop removal. In October, they hosted an interfaith vigil with Jewish, Quaker and Presbyterian churches to pray for an end to mountaintop removal.

Rios says furthering awareness and education of the issue is a crucial first step to empowering the faith-based community to action. “Many people of faith get the social justice issues but don’t necessarily connect them to environmental degradation,” said Rios. “The goal of groups like IPL is to provide a bridge between these two issues.”

Once that understanding is gained, people of faith use their deeply rooted social networks to spread the word on an international level.

“The faith community talks about climate legislation differently than scientists or environmentalists,” said Cassandra Carmichael, director of the Washington office of the National Council of Churches, in “Religious Groups Push for Climate Change” published in September in the US News and World Report. “We frame it in terms of the people impacted, which can bring in legislators who hadn’t thought in those terms.”

Christian for the Mountains: Christians working in the coal fields to end mountaintop removal. christiansforthemountains.org
Catholic Climate Covenant: “Care for Creation. Care for the Poor. Who’s under your carbon footprint?” catholicclimatecovenant.org

Green Muslims in the District: Member Sarah Jawaid says “Islam is a religion of reflection…the ayats of the Qu’ran, which literally mean “signs,” prove to us a direct connection of the covenant God has bestowed on mankind to take care of the earth.” dcgreenmuslims.blogspot.com

Quaker Earthcare Witness: a spiritually-centered movement of Quakers and like-minded people seeking ways to integrate concern for the environment with Friends’ long-standing testimonies for simplicity, integrity, peace, and equality. quakerearthcare.org

The Association of United Pagans: “By giving back to Gaia we show the world the environmentally conscience nature of the Pagan earth based traditions.” aupagans.org