The Root that Shaped a Region

An Interview about Ginseng with Author Luke Manget 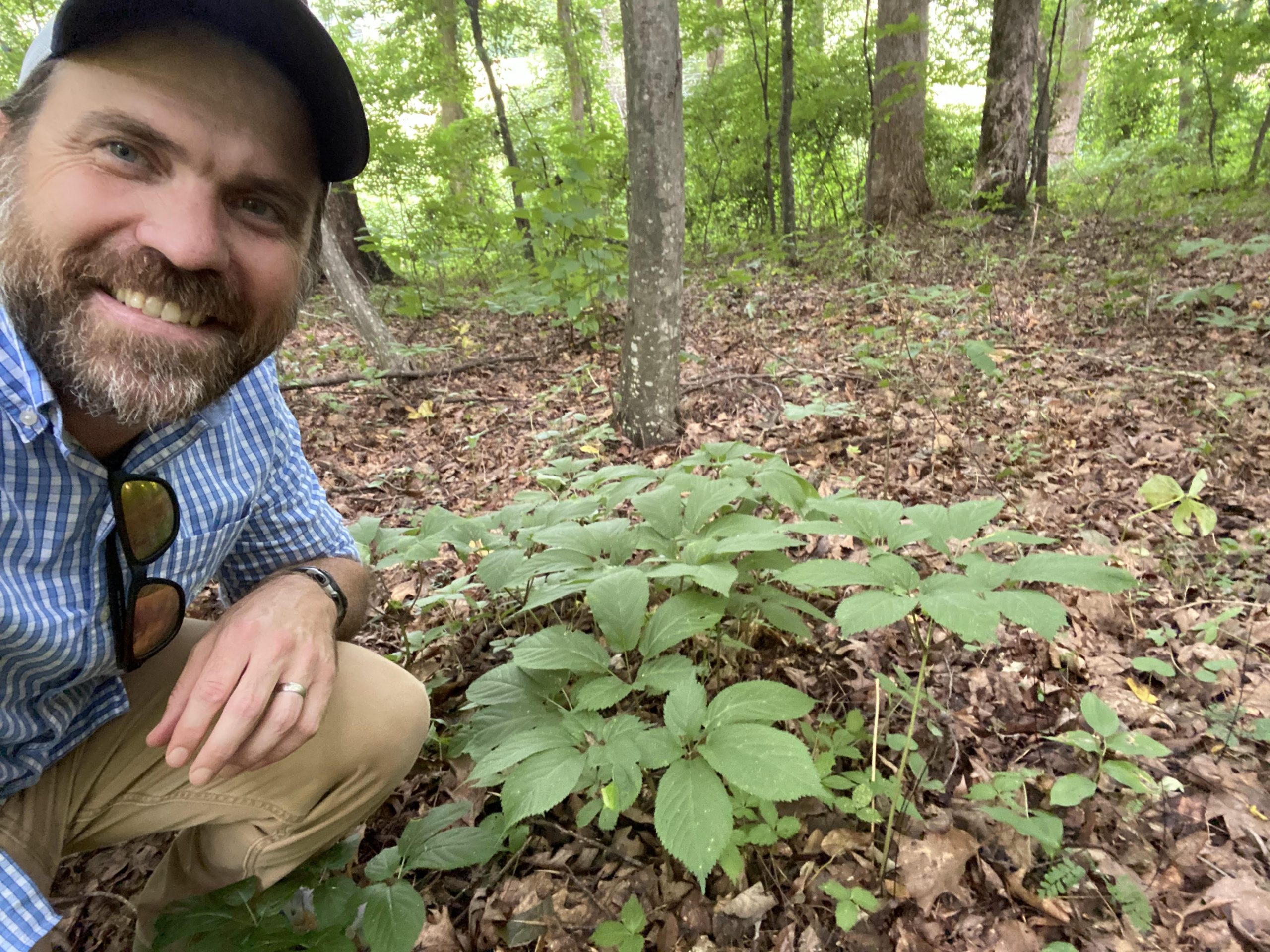 Author Luke Manget, pictured here, celebrates the Appalachian story of the leafy plant at his side in the book “Ginseng Diggers.” Photo courtesy Luke Manget

An author and historian who traveled across Appalachia examining business records of pharmaceutical companies, mountain entrepreneurs and country stores, Luke Manget’s book, “Ginseng Diggers: A History of Root and Herb Gathering in Appalachia,” unearths the complex and impactful history of ginseng and root digging. Manget delves into the relationship between a valuable root and a region’s cultural identity, transition to capitalism, and land use. The book was published by the University Press of Kentucky in March 2022.


The Appalachian Voice: Can you tell me a little bit about your background and what drew you to the history of ginseng?

Manget: My family on my mother’s side is from Eastern Kentucky and I grew up visiting family a lot. I grew up hearing some of these stories and my grandmother talked about digging mayapple behind the house. I was always kind of fascinated with it. When I was in graduate school for history and looking for topics to write about, I started looking into how the Appalachian region recovered from the Civil War in the late 19th-century period and kept seeing references to root digging and ginseng. I immediately became fascinated by this idea and wanted to know more about it. It was a family connection, but it was also part of my desire to figure out subsistence practices in Appalachia and how they were altered and how they were changed by the Civil War. 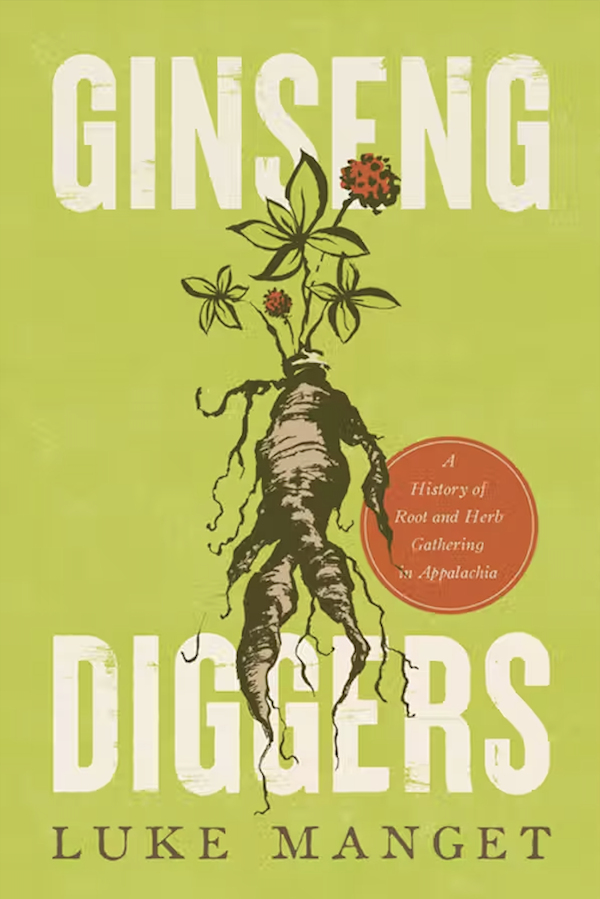 The Appalachian Voice: What is ginseng and what are its uses?

Manget: Ginseng is a deciduous perennial herb. It grows and dies back every year, but the root keeps growing every year. It’s about 24 to 30 inches high and is pretty inconspicuous – you’d probably pass right by it in the woods if you didn’t know what you were looking for.

[Ginseng] is a medicinal herb that the Chinese have been using for thousands of years in various capacities. They use it to prolong life, panacea to treat all kinds of ailments, increase energy, boost the immune system, and increase libido – so a lot of different uses for it in Chinese culture. That dates back at least 2,000 years.

The Appalachian Voice: In your book, you describe how the concept of “the commons” shaped people’s interactions with ginseng. Can you explain “the commons?”

Manget: “The commons” is a socially and culturally constructed informal institution that has existed around the world for a large amount of time. It’s the idea that if a particular piece of land hasn’t been improved by human hands, that is, if it hasn’t been planted or fenced or anything like that, then it is essentially open for use to the community. This could mean streams and forests to hunt in, roadsides picking blackberries, gathering firewood and medicinal plants – there are a wide variety of ways that people have used the commons.

In Appalachia, the commons persisted longer there than in other places in the United States, primarily because of the mountains and the fact that there weren’t crops growing on the hillsides. They were generally treated as open spaces for everyone to access.

The Appalachian Voice: How have the commons evolved in Appalachia?

Manget: As the area was resettled with Euro-Americans and the early frontier phase in the late 18th and early 19th centuries, [the commons] developed from practice and habit. In some ways, they are still around, but over time, they have become fragmented, and there’s been more of a stringent private regime that has been imposed over the last 100 years or so. [The commons] really started to change when timber became valuable. The forested hillsides were no longer open spaces that no one cared to claim or enforce property rights on. When timber became valuable and railroads came in to link [the region] to big markets, there was more of an effort to enforce private property. Second home and retired folks in the last 50 years or so don’t want people wandering around their property. [The commons] have been more and more diminished and fragmented.

The Appalachian Voice: How did the enclosure of the commons affect ginseng harvesting?

Manget: Ginseng has declined considerably over the last 100 years or so. There are always booms and busts in the cycle, but in the late 19th century, you see a dropoff in wild ginseng harvests that has stayed fairly low for the rest of the 20th century. During that time, there has been more of an effort to cultivate patches of ginseng in the woods and gardens and things like that.

The Appalachian Voice: You correlate the enclosure of the commons in Appalachia and the region’s transition towards capitalism. Can you explain this?

Manget: I think the story of the enclosure of the commons is kind of an untold story. Part of the way [Appalachian people] were able to maintain their independence on the land in their community was the commons: digging ginseng and other roots, fishing and gathering firewood. Once this property regime came in and timber companies who were managing their own property began keeping people off of it and restricting the activity that can be done on it,not to mention removing the forests altogether, people weren’t able to maintain their independence as much. They had to go work for the timber companies, coal companies, or get some other type of wage-earning job in the capitalist system. 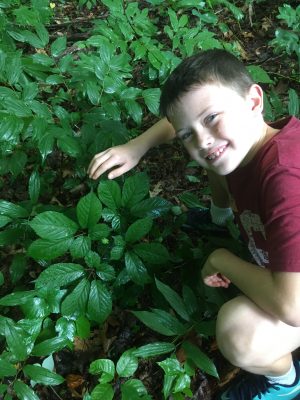 The Appalachian Voice: Could you explain the process of ginseng commodification in Appalachia?

Manget: First of all, it was very difficult to cultivate for ecological as well as cultural reasons. Unlike most commodities, ginseng remained what I call a commons commodity for a long time. It grew in the wild and it was one of these commodities that people didn’t control the growing conditions. It was the property of whoever found it, rather than the person on whose land it grew, and so this makes it a very different story.

Over time, ginseng remained this commons commodity but at various times there were efforts to impose more private ownership over it and over the land in which it grew. I think today, there is a large amount of ginseng grown in gardens, primarily in Wisconsin and parts of Canada – not to mention Korea — but in Appalachia, a lot of it is still harvested growing wild so to speak, not grown on purpose.

Manget: The extractive economies that developed in Appalachia that are typically talked about are timber and coal. In an extractive economy, the capital is siphoned off to other parts of the world and country and [these economies] had a particularly devastating effect on the region. People come in, sometimes bring their own labor force – or sometimes find local — and then profits are taken out of the region, by and large.

It was an extractive industry and a lot of the profits that accumulated from merchants trading were siphoned out of the region. But from all my research, I could tell it did help empower locals to a certain extent. People could always use ginseng to pay for whatever – taxes, books, sometimes food, anything you could get from a consumer economy. Depending on when we’re talking, they were able to get a fairly good price for it. It was a different kind of extractive industry for sure.

The Appalachian Voice: So ginseng had a more direct and positive impact on locals over other industries?

Manget: Yeah, it had more of a positive impact and promoted and encouraged to help protect, in some ways, a preindustrial way of life.

Manget: Yes, it definitely helped shape the stereotypes coming out of the region. The “seng digger” was, in the eyes of authors and middle-class publications, the most backward of all mountaineers. They could paint them as “you don’t believe in private property, you live in the woods, and live in a completely different way than us Americans were living at the time, didn’t believe in marriage, didn’t believe in laws, lived by violence, hunting ginseng.” The “seng diggers” were kind of a conglomeration of all the negative stereotypes of Appalachia and it helped paint them as these weird, peculiar people who harvested this root. 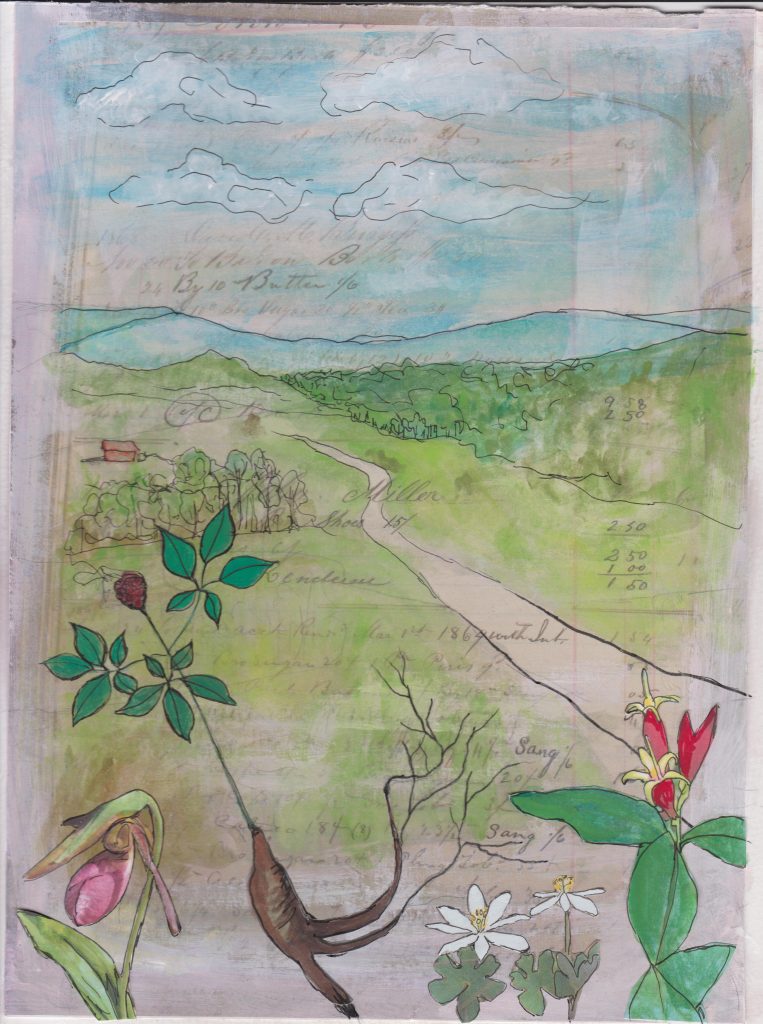 The Appalachian Voice: What is the landscape of ginseng and root digging today?

Manget: It’s a lot less common than it once was, 50 years ago or so, but especially 150 years ago or so. There are a lot fewer people doing it. There are fewer markets – the pharmaceutical industry has moved away from botanical drugs. There’s not as much demand as there once was. People have other means of income. They have wage jobs and various government incomes that provide a little bit of income. People don’t have to depend on [root digging] as much, which is probably good because, like I said, there’s not as much demand and there are not as many plants. It’s definitely changed, but there’s still a community of people involved in it.

People still find ways of digging ginseng. You can hunt ginseng on private property, but you have to have written permission on your person, during the season, and according to the laws of the state. [The private property regime] definitely deters people from digging ginseng on the mountainsides. It is hard to tell exactly how it affects harvests. It’s hard to tell how much people comply with that law. They still tend just to dig ginseng without written permission. Sometimes they get caught, and sometimes they don’t.

Some answers have been edited for brevity or clarity.