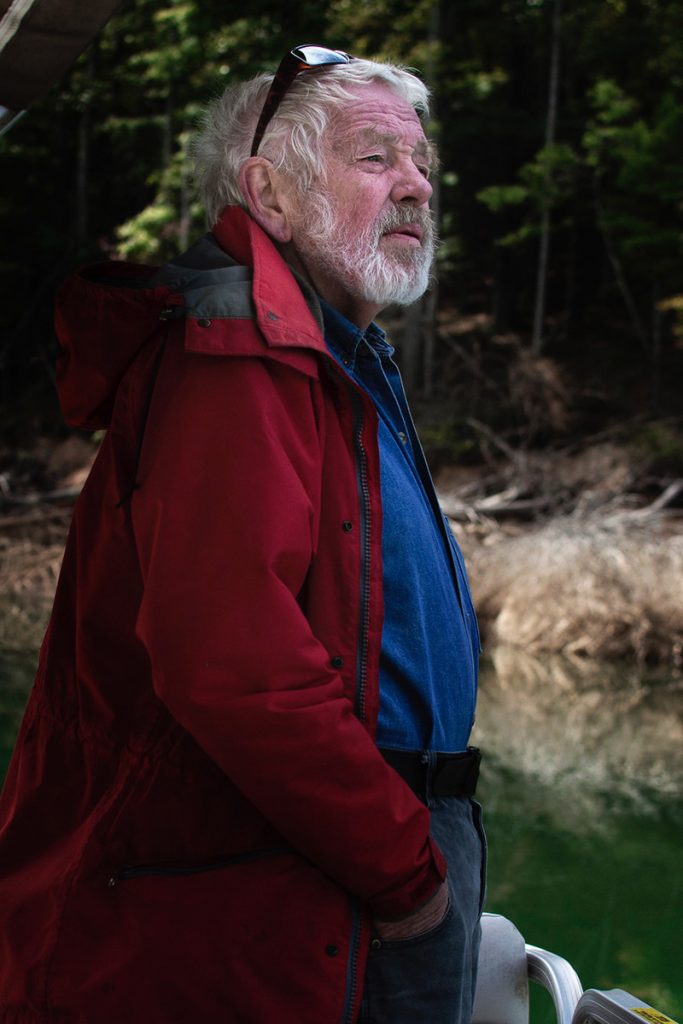 “I got out of the bus and walked to the brow of the hill where the garage now stands. I looked at the cabin, listened to the branch, breathed the cool, moist air, sweet with the scent of mature forest, and realized this it, I’m home.”

That’s how Dean Whitworth described the 1985 day when he first visited the land in Johnson County, Tenn., that became his home until his passing due to cancer on Sept. 1, 2018.

According to his life partner Catherine Murray, Dean often said, “the best water in the world is on Morgan Branch,” speaking of the creek that flowed beside his restored 200-year-old cabin. He was deeply committed to protecting Morgan Branch, and by extension the forests, mountains and waters of Appalachia.

Dean met Catherine at a Sierra Club meeting in 1992. They were both separately motivated to seek out ways to protect water quality and encouraged to get involved by the late Arthur Smith, an advocate with the Sierra Club and later a distributor of The Appalachian Voice.

“Through the leadership of Arthur and others in the group we learned the process of making comments, being involved and good stewardship,” says Catherine. “It was of a great interest to both of us to protect our water and so we became fast friends.”

The couple was involved in the formation of the nonprofit organization Cherokee Forest Voices in 1999, with Catherine at the helm and Dean as treasurer. Catherine still leads the grassroots organization, which focuses on forestry and water quality.

Dean, a former chemical engineer, expressed his care for the region in a number of ways. From 2002 to 2009, he was a board member of Appalachian Voices, the publisher of this newspaper. For years afterward he volunteered to distribute The Appalachian Voice around Mountain City, Tenn., and Johnson County, delivering a whopping 5,000 to 7,000 copies of each issue.

Dean was a member and treasurer of the Watauga Watershed Alliance, a close-knit group working to protect area waterways.

He also served on the executive committee of the Tennessee Chapter of the Sierra Club. Representing the Sierra Club, he and Catherine traveled to 12 public hearings on the 2001 National Forest Roadless Rule — with Dean garnering media attention in full character as President Teddy Roosevelt.

Acting was Dean’s other great passion, and he incorporated it into his conservation work whenever he could. He appeared in nearly 40 films, and derived great joy in working with the Johnson County Community Theatre. His high school drama teacher had nurtured his interest in acting, and he delighted in sharing that knowledge with others.

“I think you were blessed if you saw him in any production or theater,” says Catherine. “He always used that acting talent to protect his good waters and the waters of our state and the country.” 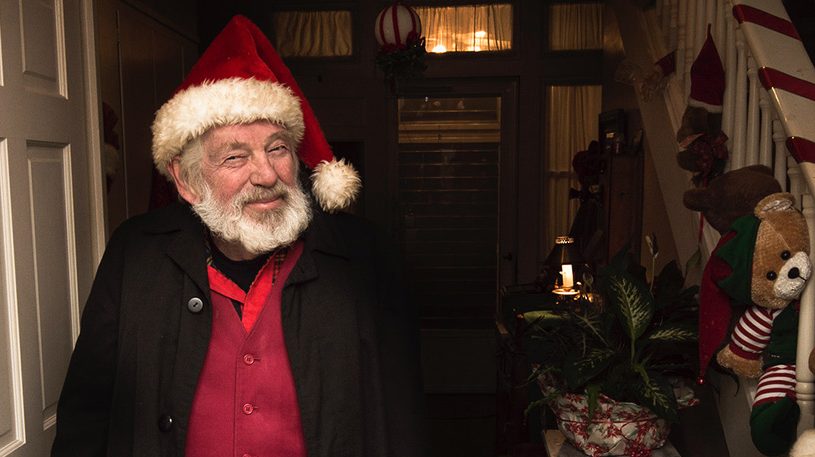 For three years, Dean shared his extensive record collection on a red-eye radio show called All Vinyl All Night on WMMT Community Radio. It was also another “way of putting in a word for water,” Catherine says.

She and Dean often walked his land in the morning, drinking a first cup of coffee on the cabin porch and a second on the porch of the “garden house,” one of several outbuildings Dean built with reclaimed barn wood. It was there that he would often share another of his sayings: “The mountain is good medicine.”

Now, Dean’s daughter and his grandsons will steward his mountainside, including his well-cared-for cabin, the meadow he mowed for stargazing and fireworks, and his beloved Morgan Branch.

Appalachian Voices is inspired by Dean’s legacy and grateful for his service to the organization and the region. We send our sincerest condolences to his family and friends. Memorials can be sent to Cherokee Forest Voices at cherokeeforestvoices.org