Creating a Future for Coal-Industry Workers in Clean-Energy Economy 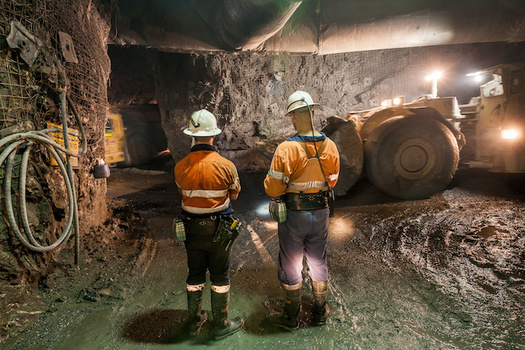 Mining employment has risen by 55,000 since a trough in August 2020 but is 96,000 below a peak in January 2019, according to the Federal Bureau of Labor Statistics.(Adobe Stock)

According to data from the Union of Concerned Scientists and the Utility Workers Union of America, the nation lost at least 25% of its mining jobs between 2015 and 2019.

Jeremy Richardson, senior energy analyst in the Climate and Energy program for the Union of Concerned Scientists, said a key piece of the puzzle in the clean-energy transition is addressing the needs of the workers most likely to suffer the consequences.

“The big one here is the piece around five years of comprehensive wage replacement for the workers, facing the closure of a mine or a plant,” Richardson explained.

According to a report Richardson co-authored this year, the estimated cost of these supports for coal workers ranges from $33 billion to $83 billion in the next 15 to 25 years. He argued it is a small fraction of the funds needed to shift the country to a low-carbon economy.

Richardson contended the length of wage-replacement benefits is critical to help workers move into clean-energy sector jobs that offer comparable or higher wages.

“What we find happening in the economy is that workers will take the quickest path that they can find to get a new job, because they need to support their families,” Richardson observed.

Richardson emphasized the federal government should prioritize individual workers’ livelihoods through retraining and economic development programs, and be prepared to help minimize the impact of facility shutdowns on coal communities.

“I really, passionately believe that if we’re going to solve the climate crisis, we have to solve this crisis as well,” Richardson asserted.

The report estimates $2.5 trillion in clean-energy sector investments will be needed by 2030 in order to reach near-zero carbon emissions by 2050.

Editor’s Note: This story was originally published by Public News Service on Sept. 7, 2021.