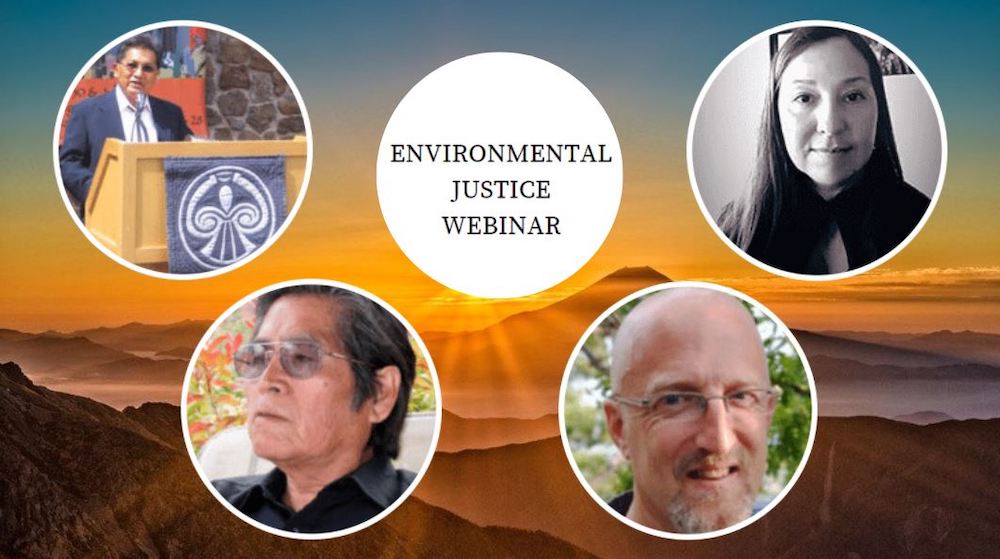 Appalachia may be far away from Hopi and Navajo lands out West, but both regions share a deep history of coal mining operations that — for a time — powered the country, but also left widespread environmental destruction and ultimately economic ruin.

The Alliance for Appalachia, a coalition of regional nonprofit organizations working to highlight the costs of coal and move toward healthier alternatives, will host a webinar titled “Environmental Justice, Water Rights, and Mine Reclamation on Native Land: Black Mesa and Kayenta Mines” on April 13 at 1 p.m. EST. The webinar is intended to help bring solidarity and support to Hopi and Diné (Navajo) people from advocates working on similar issues in Appalachia.

Register for the Webinar

During the webinar, four environmental and Indigenous rights advocates will speak on the efforts of Hopi and Diné communities fighting for a just resolution to the environmental damage to Native lands caused by Peabody Energy.

Peabody began operations on Black Mesa in the 1960s. By the time company operations closed in 2019, Peabody had extracted millions of tons of coal per year from the ancestral, traditional and contemporary lands of the Hopi and Diné Native peoples. Now, Peabody Energy has left hundreds of acres of razed land, damaged cultural sites, disturbed ancestral remains and has severely impacted the aquifer beneath Black Mesa to the point of near-total depletion.

Since mining operations ceased in 2019, grassroots Hopi and Diné organizations have petitioned federal regulators to hold Peabody accountable for the impacts of the Black Mesa and Kayenta mines, and what these advocates say is Peabody’s failure to adequately pursue reclamation — the restoration of disturbed land to a more natural state — required by federal law.

Former Hopi Tribal Chairmen Ben Nuvamsa and Vernon Masayesva pressed the issue of reclamation at Black Mesa and Kayenta to federal regulators in a June 2020 letter to the Office of Surface Mining Reclamation and Enforcement. The two are among the guest speakers at the upcoming webinar.

“The Kayenta Mine has been closed for more than eight (8) months,” wrote Nuvamsa and Masayesva. “Black Mesa Mine (BMM) has been closed since 2005 […] And yet Peabody has effectively ignored its contemporaneous reclamation obligation on these sites. We cannot understand why OSMRE has failed to recognize this fact and demand a reclamation schedule that is in line with [legal] requirements.”

The organizers of the webinar hope to bring the nuances of this issue to light through a discussion with four speakers directly involved in the Black Mesa and Kayenta controversy.

Appalachian Voices is one of 15 member organizations of the Alliance for Appalachia, a regional coalition of Appalachian advocacy organizations. For a full list of members, and additional details about the alliance, click here.

“The goal [of the webinar] is to get Appalachian activists who are dealing with unreclaimed mines in our own region to understand how similar issues are affecting Native people so that we can act in solidarity with them, and integrate their demands and their policies and their objectives into our own way of thinking about what we’re doing,” says Dodson.

For more information about the webinar and to register, click here.