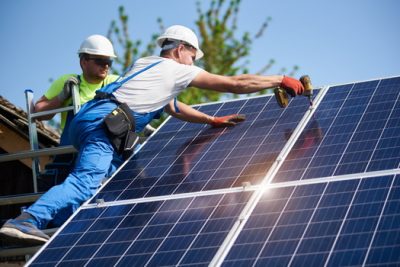 West Virginia could gain more than 1,100 jobs if the state shifts from coal power to renewable energy by 2035, according to a new report. Adobe stock image


CHARLESTON, W.Va. —  With more coal plants idling or shutting down during the pandemic, a new report makes the case for boosting West Virginia’s renewable energy and energy efficiency over the next 15 years.

Put out by the Center for Energy and Sustainable Development at West Virginia University, the report shows the state could move away from coal and generate more than 70% of the state’s electricity using wind and solar power by 2035.

“The economics are very clear,” Kotcon argued. “Which is one reason why nationally, two-thirds of the new electric generation added to the grid has been from renewables for each of the last six years. So it’s time for West Virginia to catch up with where most of the rest of America is already going.”

The report points to coal transition legislation passed by the state House of Delegates earlier this year as evidence of political commitment for the shift away from coal. But Kotcon contended more work needs to be done to meet the 2035 goal.

“The state Legislature has taken up some preliminary legislation authorizing the utilities to develop renewables,” Kotcon explained. “But we would need to move much faster than we have so far to achieve this.”

According to the report, 74% of U.S. coal capacity could be replaced by renewable energy with immediate cost savings, rising to 86% by 2025. It also predicts moving to renewable energy would create more than 1,100 full-time jobs in West Virginia.