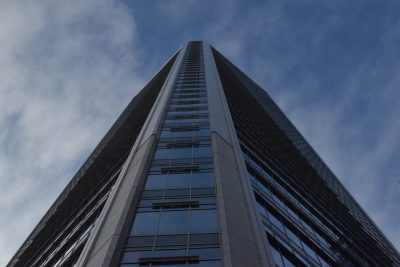 In September, the hearings regarding potential rate hikes for Duke Energy Carolinas and Duke Energy Progress customers came to a close. The N.C. Utilities Commission is required to make a decision on whether to grant the utilities’ requests to raise rates by the end of the year.

If approved, the bills of residential Duke Energy Carolinas customers would go up by as much as 6.7 percent. Duke Energy Progress residential customers would see an increase of up to 14.3 percent. This comes two years after the companies’ last rate hikes in North Carolina. These rate increases could also affect member-owners of electric cooperatives such as Blue Ridge Energy, which buys the majority of its power from Duke.

In August, Rory McIlmoil with Appalachian Voices, the nonprofit environmental organization which produces this publication, testified against the rate increase on the grounds that it would disproportionately impact low-income households. Appalachian Voices formally intervened in Duke’s rate case in 2019. McIlmoil stated that one out of five households served by Duke Energy Carolinas are low-income and most of those spent a disproportionately large of their household income on energy costs in 2016.

“When combined, if [Duke Carolinas’] original request for increases in actual residential rates is approved, annual electric bills for low-income households will have increased by approximately $138 per year ($11.48 per month), on average, between 2016 and 2025 — representing a 10.6 percent increase in a decade,” said McIlmoil in his testimony. “The large majority — 94 percent — of that impact would result from DEC’s proposed rate increase in this case.”

The monopoly utility claims these rate hikes are necessary as it shifts to cleaner energy and strengthens the grid. However, in the company’s latest long-term plan, Duke Carolinas and Duke Progress project the construction of new natural gas plants well into the 2030s in all but one of their modeled scenarios. Natural gas worsens climate change through methane leaks during extraction and transport as well as emissions of carbon dioxide from the burning of the gas for electricity generation.

Additionally, Duke is seeking to charge ratepayers for costs incurred by moving nearly 80 million tons of coal ash from unlined pits into lined landfills. A years-long legal dispute resulted in a settlement in January between Duke and state regulators to excavate coal ash. The settlement is a result of a lawsuit filed by the nonprofit Southern Environmental Law Center on behalf of numerous environmental organizations including Appalachian Voices.

In August, Duke Carolinas and Duke Progress asked the N.C. Utilities Commission for permission to enact future rate hikes for costs associated with COVID-19. The monopoly utilities stated that waived bills, unpaid fees and other measures have cost the companies $26.3 million as of June 30, and would likely rise to $45.8 million by the end of the year. Despite these losses, Duke Energy increased dividends for their shareholders as recently as July.

A Duke spokesperson told the Charlotte Business Journal that the request does not affect the company’s current rate cases in North Carolina. The N.C. Utilities Commission has yet to act on the company’s request.