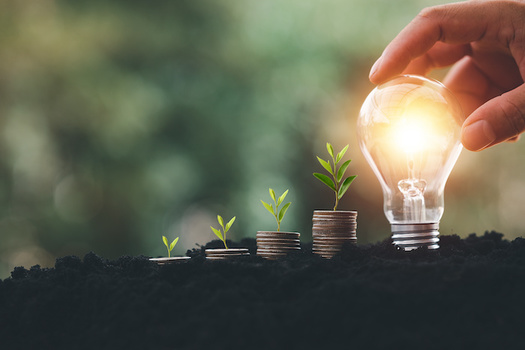 RALEIGH, N.C. — Critics of an energy bill moving through the North Carolina General Assembly say it would cost several hundred-million dollars over the next decade, and result in higher power bills for homes and businesses.

“It’s a really interesting case of, ‘Can there be back-and-forth in negotiation between a blue Gov.’s office and a red Legislature?'” Scott observed.

The legislation remains stalled in the state Senate, but Scott pointed out advocates are hopeful lawmakers could negotiate a version to achieve the governor’s emission-reduction goals and still be cost-effective for ratepayers across the state.

Scott added other ratepayers have concerns about the bill’s mandate to replace coal-fired power plants primarily with natural gas. They argued the choice should be left to the North Carolina Utilities Commission, not lawmakers.

“There’s some allocations for solar, and there’s also, the largest allocation, though, is for natural gas,” Scott outlined. “I think that’s where a lot of the disagreement has come in.”

And Scott noted the high cost of the changes proposed in the bill has drawn criticism from different sectors across the state.

“When you hear what the manufacturers, the commercial groups, the businesses are saying, it’s essentially that we think that mandating these new natural gas plants is going to be really expensive, especially if we have to retire them early,” Scott explained.

Critics say natural gas contributes significantly to methane emissions, and the fracking required to get it relies on toxic chemicals and wastes large amounts of water. Supporters argued natural gas is affordable and relatively cleaner than other fossil fuels.

Editor’s Note: This story was originally published by Public News Service on Sept. 8, 2021.