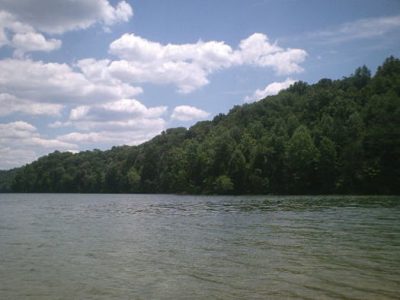 Critics say a plan developed by Kentucky Utilities to address groundwater pollution from an unlined coal-ash pond seeping into Herrington Lake is inadequate.

In 2017, the Sierra Club and Kentucky Waterways Alliance filed a lawsuit against Kentucky Utilities, which operates the power plant producing the coal ash, arguing that it violated federal regulations for storing toxic waste.

Lauren Piette, an associate attorney with Earthjustice, said the lawsuit is pending, but based on scientific evidence of groundwater pollution, the Kentucky Cabinet of Energy and the Environment required the utility to develop a corrective action plan.

“Unfortunately, from our perspective,” she said, “the corrective action plan didn’t really require Kentucky Utilities to do anything more than conduct a few years of studies on the pollution that we already knew was in the lake.”

A virtual public hearing on the plan was held on August 27. People can submit written comments through Sept. 15, 2020, by emailing DOWPublicNotice@ky.gov or through the Sierra Club’s website.

Hank Graddy, a representative of the Sierra Club Kentucky Chapter, said the cleanup plan doesn’t require the utility to take any specific measures to stop groundwater from seeping through its nearly 6 million cubic yards of buried coal ash.

Graddy said Herrington Lake is not only a popular destination for fishing and swimming, but also supplies drinking water to tens of thousands of people in the Harrodsburg area.

“Herrington Lake is a very popular lake. It’s an important lake to Kentucky,” he said. “A lot of friends of mine live on the lake, and KU owes it to their fellow Kentuckians to be more protective of this important resource.”

He said it remains unclear how the polluted groundwater is entering the lake. Environmental groups want the utility to either seal the unlined pond or transport the coal ash to a secure location.

Editor’s note: This article was updated from the original published Aug. 26, 2020 to reflect that the public hearing was held on Aug. 27 and to include the Kentucky Energy and Environment Cabinet email address for public comments.