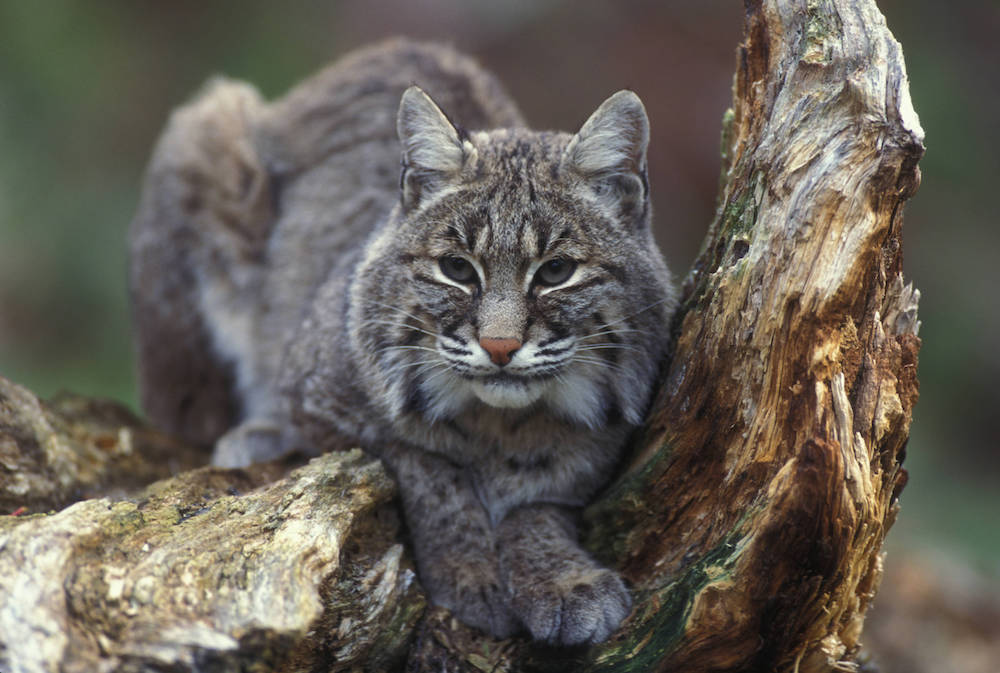 A bobcat sits in a tree. Photo by Gary Kramer, USFWS

In the Appalachian Mountains, creatures can creep closer than people know. One of these elusive animals is the majestic bobcat, a feline frequenting the fringes of forests and stalking prey in the wetlands. Agile and patient, these cats hide in trees or flatten themselves among tall grasses to wait on unsuspecting smaller creatures. When hunting larger game like the white-tailed deer, they use the night to their advantage, striking while the deer sleep.

Bobcats have long been hunted for their prized skins. Pelt prices skyrocketed in the 1970s after countries enacted restrictions on hunting cheetahs and leopards. The market hit a high in 2006, when more than 50,000 bobcat skins were exported from the United States. Today it is still legal to hunt these felines in 38 states.

Bobcat populations are not at risk in North America, though they are struggling in some areas. In New Jersey, the bobcats are listed as endangered by the state due mostly to hunting and rapid urbanization.

A typical bobcat in the Appalachian region sports a sleek tawny coat sprinkled with black and white spots. Their fur leans toward grayer colors in the winter. These mostly nocturnal hunters have large, intelligent eyes and their faces are framed by insulating fur. Far from their cuddly cousin the housecat, bobcats’ sharp teeth and vicious claws serve as a reminder that they are predators. Their tufted, pointy ears are one of the bobcat’s most useful tools in identifying prey. The short bobbed tail, almost comically small at around six inches, is the most surefire way to identify them. 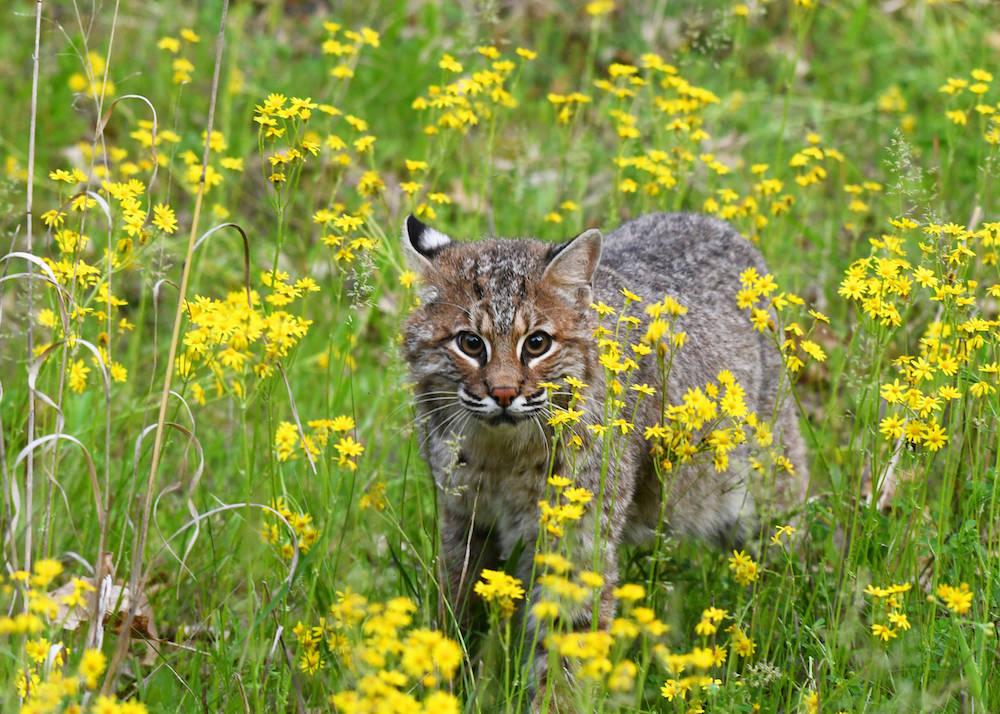 After being injured on a farm, this bobcat underwent eight months of rehabilitation before it was returned to the wild. Photo by Grayson Smith/USFWS

Aimee Rockhill has studied the bobcat since 2008 and is an assistant professor of biology at Western Carolina University. She states that the best way to get a glimpse of these sneaky cats is with cameras, as they tend to be shy and conceal themselves from the human gaze. Rockhill uses GPS collars to keep track of the movements of bobcats in the hardwood forests of the North Carolina mountains, and goes into the field to investigate more closely. She is looking for scat to give her clues about diseases, parasites and dietary habits of these creatures.

Bobcats will venture into more urban areas if their resources are depleted. With rapid urbanization, the bobcats are ranging closer to cities and suburbs. Male home ranges are typically about 25 to 30 miles, while the females take up only about 10 miles. This allows the males to access multiple female ranges. Normally wary of people, this secluded species is very good at hiding from humans, even when it is just 15 or 20 feet away.

“Just because you don’t see them, doesn’t mean they don’t see you,” Rockhill says.

The Wildlife Center of Virginia, a nonprofit wildlife hospital near Staunton, has only seen eight bobcats since 2012. Their most recent cat, a female kitten affectionately dubbed Bobcat #19-2408, was found in Floyd County in July.

This bobcat had been found inside a chicken coop, and was possibly without a mother. Bobcats do leave their mothers around seven or eight weeks after birth, but in the case of this kitten, it seemed premature. The kitten sometimes evaded the sight of the veterinarians inside the enclosure, which they considered to be a healthy sign. Bobcats rely on their stillness and sneaking abilities for both hunting and survival, and it may be their greatest attribute.

The Wildlife Center will nurse and keep injured animals until they are ready to be reintroduced into the wild. Bobcat #19-2408 will be kept until the spring, when kittens traditionally separate from their mothers. Although this center does not see many bobcats, the majority of the cases that come to them are from automobile accidents.

Increasing urbanization and road building are putting potentially deadly hazards in the habitat of the bobcat. Highways through the home range of a bobcat could potentially make a whole section of territory unreachable.

Even though human expansion creeps into the bobcats’ territory, they remain sly. Champions of hide-and-seek, the ferocious bobcat could be lying in wait, or just as likely taking a nap on a branch high above.