Understanding the mine cleanup process

A recent string of bankruptcies in Central Appalachia and across the United States is bringing more attention to the vast amount of mined land in need of cleanup. After extracting coal, mine operators are required by federal law to bring mined land back to a minimum level of repair. What that reclamation status entails — and how to make sure coal companies do it — is the subject of a complex regulatory process. 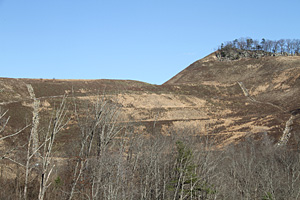 Reclamation is complete at this former surface mine near Hueysville, Ky. Two rock “riprap” conduits are designed to channel stormwater runoff. Photo by Molly Moore

The federal Surface Mine Control and Reclamation Act of 1977 ties the reclamation process to bonds to try to ensure that the state has money to clean up a site should a company go bankrupt, and to incentivize companies to repair the land and water at their former mine sites. Typically, mining companies post a cash bond equivalent to the estimated cost of repairing the site, though there is evidence that some of these bond amounts may be too low.


Reclamation is the actual process of restoring disturbed mine land into what the regulations call the site’s “post-mining land use.” When companies apply for a mining permit, they are required to declare what type of land use the site will be suitable for after mining. Very often, the post-mining land use is designated as unmanaged forest, which requires the permittee to include reforestation as part of the plan. Other uses, such as commercial forests and hayfields, are also common.

All operators are required to return the land to what regulators refer to as its “approximate original contour” through backfilling and regrading. When the state mining agency — or, in Tennessee’s case, the federal mining agency — is satisfied with this stage of the work, they release 60 percent of the bond back to the bond owner. This process is known as phase one bond release. At this stage, the mine looks very much like the surface of the moon, and not a single thing has been planted yet.

While in phase two of the bond release process, surface mines are required to follow the revegetation plan in their mine permit, which is tailored to the site’s designated post-mining land use. The revegetation plan includes which species of trees and grasses are to be planted as well as how much and which kinds of fertilizers will be employed. It generally also includes the metrics that will be used to evaluate the success of the planting.

To get the phase two portion of their bond released, mining companies have to undergo two successful planting seasons and conduct a vegetative assessment that is submitted to the state or federal agency. If unmanaged forest is the post-mining land use, the success metric will include a minimum survival rate for the tree species planted and a ground cover metric as well. The success standards for various post-mining land uses are spelled out in the state or federal regulations.

The remainder of the bond is released to the mine permit holder at phase three. This is typically when the roads once used by coal transport trucks are removed. Sediment ponds are also removed at this stage following some additional water testing to make sure they are still within compliance. The site also undergoes a more comprehensive vegetative assessment. For most post-mining land uses, the site must be able to maintain a suitable amount of plant life without intervention from the permit holder. 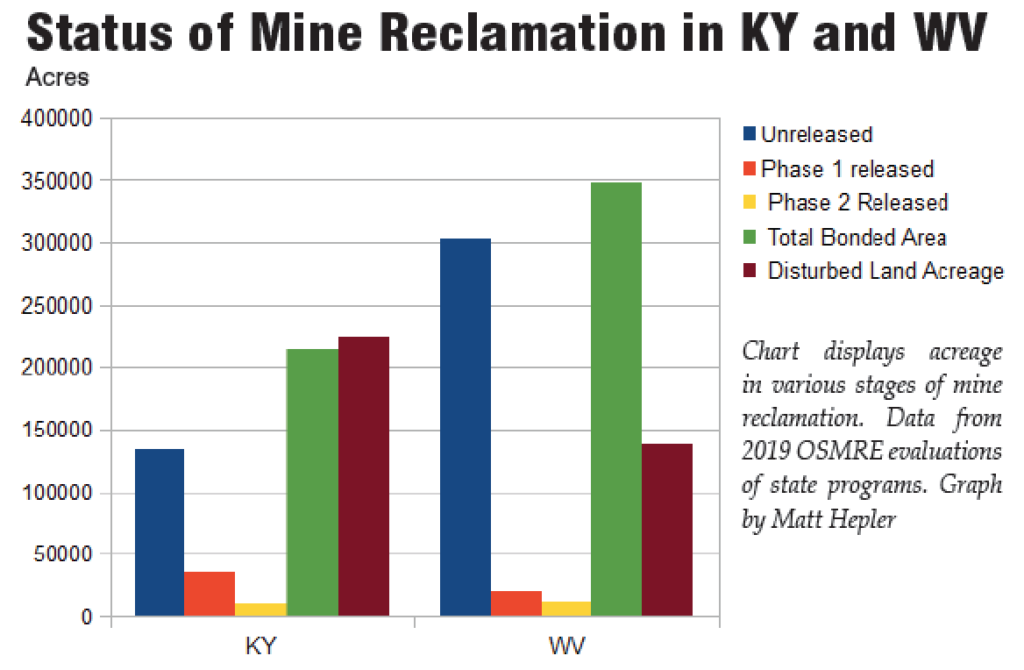 According to data from the Office of Surface Mining Reclamation and Enforcement, a cumulative total of 31,932 acres in West Virginia had progressed to the first two stages of mine reclamation by 2018, with 347,796 acres of former surface mine awaiting reclamation. In Kentucky, reclamation work was needed on 213,522 acres as of 2018, with 46,780 acres progressing through the first stages. The data came from the agency’s annual evaluation of state programs; cumulative totals were not given for Tennessee and Virginia.

The public has the right to participate in each phase of the bond release, though the details vary by state. When each stage of bond release for each permit is up for review by regulators, that announcement is posted in the classified section of local newspapers. Residents can contact their local state mining agency and request their own inspection to see if the mine is complying with each bond release phase. (Read more about people exercising this right).

When talking about the environmental liabilities associated with mining, the conversation includes all aspects of the reclamation process. This includes the cost of necessary earthmoving, structure removal, road removal, successful revegetation, and dealing with potential long-term impacts to water quality. 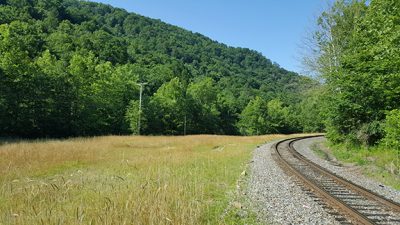 While federal law has these bonding systems in place to try and mitigate the impacts of coal company bankruptcy, the system shows signs of falling short. An April 2018 report from The Alliance for Appalachia indicates that many of the alternative bonding systems widely used by Appalachian states, such as self-bonding and pool bonds, are insufficient. Inadequacies in the bonding system, plus the decline of the coal economy with multiple bankruptcies, are leaving many in Appalachia concerned about a new abandoned mined land problem looming on the horizon.

Read more about problems with reclamation on idled mines and how recent coal bankruptcies are raising concerns about mine cleanup.