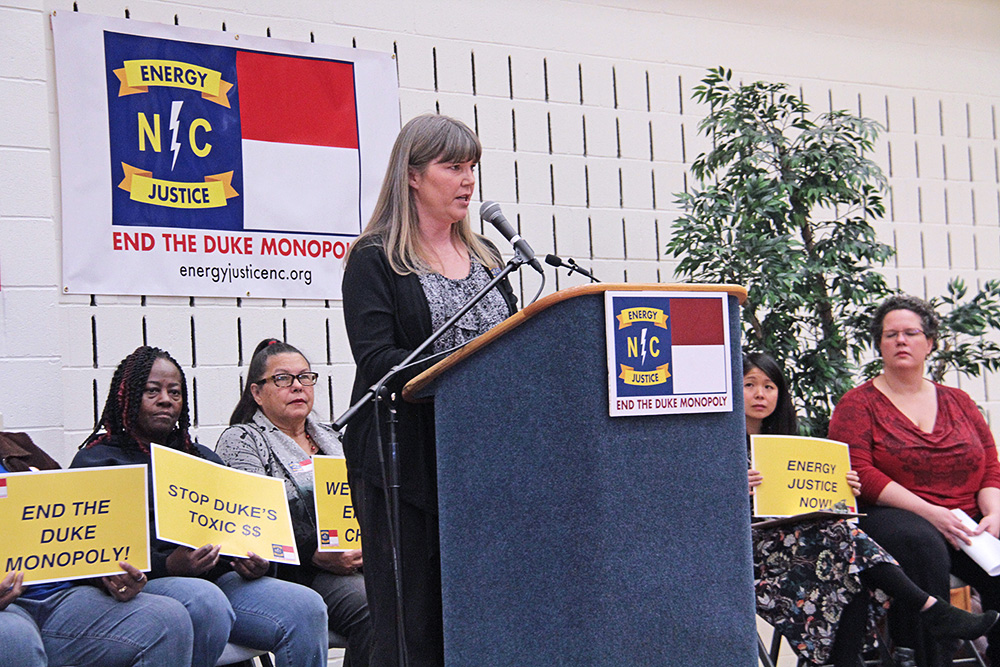 In February of this year, Tarheel residents and partner organizations including Appalachian Voices joined together in Raleigh, N.C., to launch the Energy Justice North Carolina Coalition to promote energy choice and end monopoly control of the state’s utility structure.

The Energy Justice NC Coalition’s three primary goals are to end the dirty money influence of Duke and Dominion; encourage decision-makers to promote common sense energy policies that shift the state to a more affordable, safer and secure energy system and opens the energy market; and support appointees to the N.C. Utilities Commission who will stand up to Duke Energy and prioritize the public interest and the state’s natural beauty.

“Our communities are being harmed both by Duke Energy’s coal ash negligence and by repeated flooding from our changing climate,” said Bobby Jones of the Down East Coal Ash Coalition at the public launch Feb. 13. “Duke’s influence is a moral decay that erodes our democracy – and we’re calling for people across North Carolina to tell their public officials to stop taking Duke Energy’s toxic influence money,” he said. 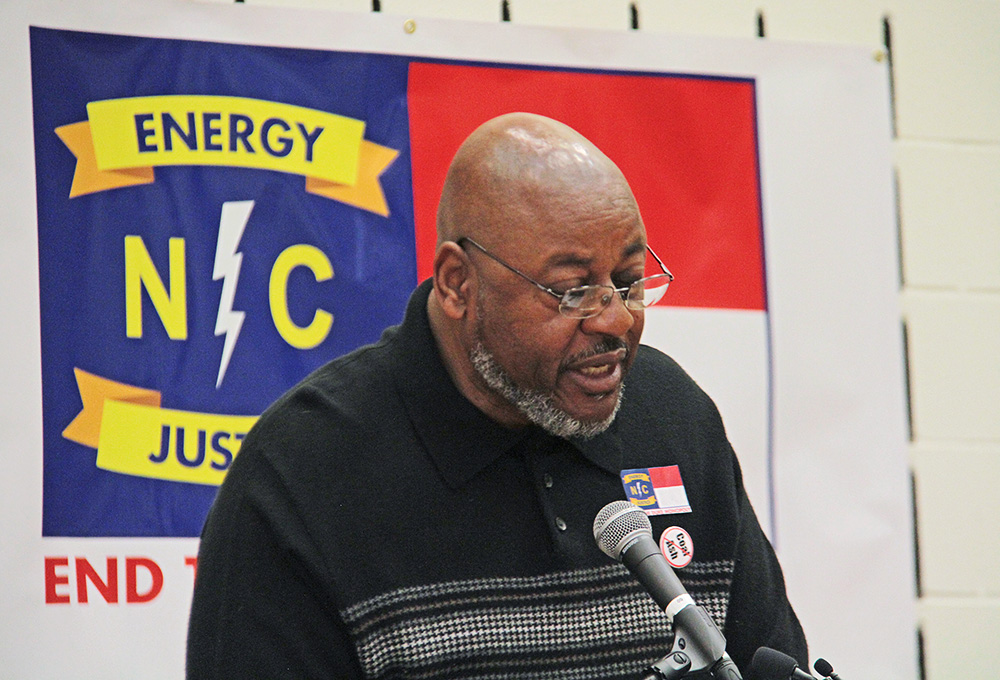 On March 27, the groups hand-delivered North Carolina Gov. Roy Cooper a letter urging him to select three new commission members who have no ties to polluters, will help fight climate change, consider economic and environmental justice in their decisions, and who will move the state’s fossil-fuel-dominated electricity system to clean energy.


The coalition will also be pursuing legislation to open the state to electricity competition and increase options for renewable energy generation.

The Energy Justice NC Coalition formed to bring an end to the Duke Energy monopoly because the electric utility continues to burn fossil fuels, build new dirty energy plants and hinder the widespread adoption of clean energy — all actions that work against the public interest.

“We must create a utilities commission that puts the future of our residents above the stock prices of Duke Energy,” said Appalachian Voices’ Amy Adams. “We must demand freedom from the relentless rate hikes that hurt our low-income and fixed-income neighbors … and freedom from decisions based on profits.”

Currently, North Carolina residents are burdened by Duke’s blocking of competition from cheaper renewable energy companies, and the utility’s $13 billion scheme for unnecessary transmission “improvements” – all of which cause power bills to soar year after year. Charlotte-based Duke Energy is the largest U.S. power provider, and generates 90 percent of the electricity used in North Carolina.

Individuals and businesses are encouraged to sign on to a petition asking Gov. Cooper and legislators to begin an open process for revamping the state’s electricity system and stop hindering growth of solar, wind and energy storage companies.

To learn more about the Energy Justice NC Coalition and sign the petition, visit energyjusticenc.org.