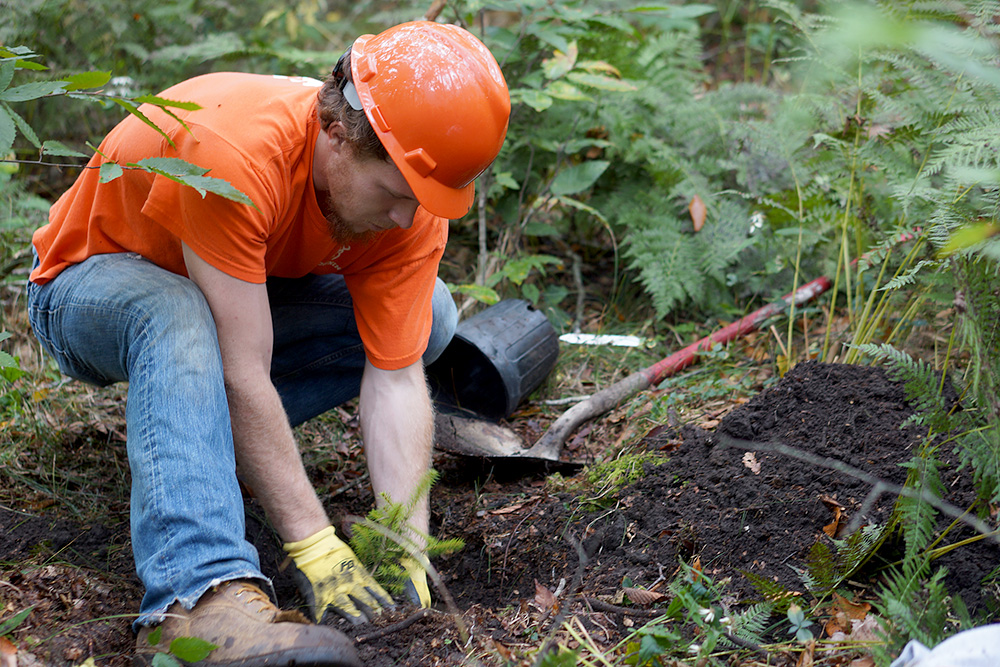 If a traveler were to drive 20 hours from northwest North Carolina to New Brunswick in Canada, they would find a view that looks remarkably familiar.


A number of trees, shrubs and animals that live in Maine and Canada extend their range southward along the highest peaks of the Appalachian range.

This includes the red spruce, a species remnant of the ice age that, prior to unsustainable logging in the early 1900s, was a dominant tree on most peaks above 4,500 feet in Central and Southern Appalachia. After a dramatic decline, red spruce are now returning to Appalachia’s highlands due to the efforts of conservationists across the region.

Legacy of the Ice Age

During the last ice age, northern plant and animal species flourished in the southern mountains. Firs, spruce and snowshoe hares would have dominated the landscape of Southern Appalachia.

When the warmth returned, hardwoods and pines, which thrive in warmer environments, outcompeted the much slower-growing northern plant species. Cold-tolerant animals migrated north, except in places that still supported their frosty way of life, like the high elevations that provide a home for red spruce forests.

Among the red spruce’s branches and at its roots are northern animal species that have found refuge from the heat of the south. One such animal is the northern saw-whet owl, a tiny bird with a cat-like face. In the north, its range extends across Canada. Here, it is only found on remote mountaintops, which are separated from each other like islands in the sky.

And then there’s the spruce-fir moss spider, a diminutive cousin of tarantulas. At just a 10th of an inch in size, they live their entire lives under the moss mats on the forest floor. This moss must be moist and undisturbed, or else their sensitive microclimate will be destroyed. The constant fog on high mountain peaks helps to support their way of life.

On the places where these forests still thrive, a person can be transported in time and place. On those high peaks, one can explore an Appalachia of long ago — one that is filled with evergreens and the smell of balsam.

Decline of the Spruce

This was the experience that Chris Kelly, mountain wildlife diversity biologist for the North Carolina Wildlife Resources Commission, expected to have at an elevation above 5,000 feet on Ivestor Ridge in the Balsam Mountains near Asheville.

In her research, Kelly had found a 1917 record stating that there was “exceptionally good quality spruce on Ivestor Ridge.” This indicated that she might be able to locate and research a population of rare Carolina northern flying squirrels at the location.
However, an inspection of the ridge in the early 2010s revealed that it was completely barren of spruce forest.

“It is now covered with wild blueberry and other heath plants,” Kelly says.

The fate of Ivestor Ridge is replicated many times across high elevations in the Southern Appalachians. Places that should be prime locations for the forests are now completely devoid of them.

“Unsustainable logging practices in the early 1900s are responsible,” explains Kelly. “The spruce became a target for the timber industry during World War I because they were used for airplane construction. Clear-cut areas were burned afterwards by accidental fires – arson, railroad sparks, cigarettes.”

After the fires, the remaining soil was uninhabitable for red spruce. Studies in the Southern and Central Appalachians have documented red spruce range decreases of 90 percent or more due to timber harvest and associated fires from 1860 to 1940.

One hundred years after the clear-cutting and burning, a coalition of organizations and federal and state agencies are spreading spruce into places where it has not been seen in decades. 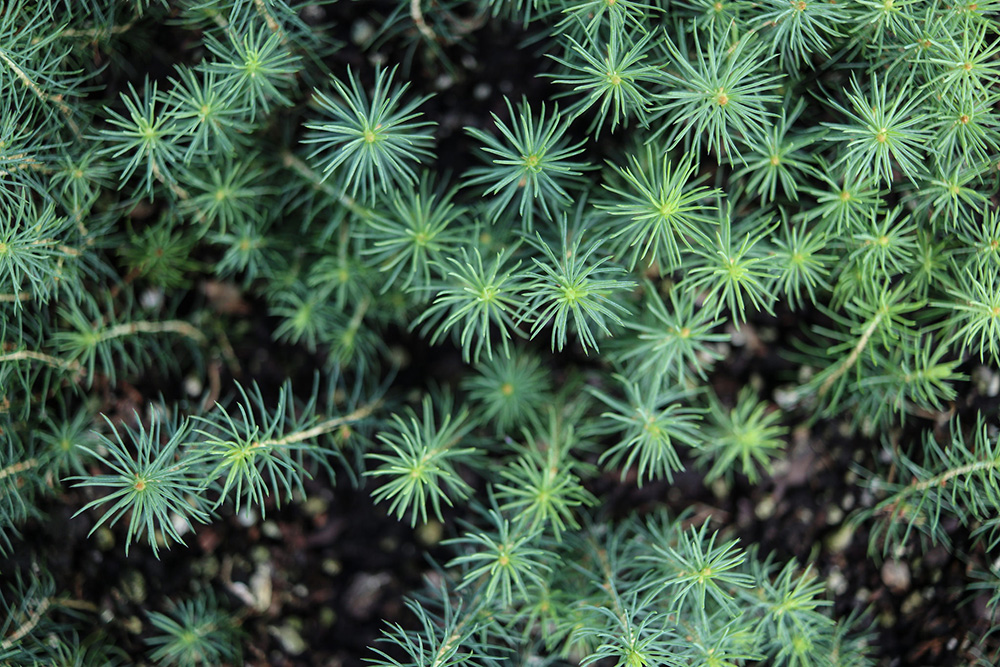 Red spruce seedlings at the Southern Highlands Reserve will be used to restore spruce forests. Photo by Gary Peeples/USFWS

The effort is the work of the Southern Appalachian Spruce Restoration Initiative and the Central Appalachian Spruce Restoration Initiative. These coalitions both include federal agencies such as the U.S. Forest Service and the U.S. Fish and Wildlife Service, state departments like the North Carolina Wildlife Resources Commission and West Virginia Division of Forestry, and nonprofit entities such as the West Virginia Highlands Conservancy and the Southern Highlands Reserve.

In 2017, Chris Kelly led a large-scale restoration effort in order to restore Carolina northern flying squirrel habitat along the Flat Laurel Creek Trail in the Balsams. The area had been logged from 1905 to 1920 and then burned by unmanaged wildfires in 1925 and 1942. What had once been lush balsam forest had been replaced by a monoculture plantation of pine.

After years of planning the restoration and rearing trees at the Southern Highlands Reserve, a native plant arboretum and research center in Western North Carolina, the effort came to realization as 900 spruce trees were planted throughout and around the pine plantation by volunteers and government employees.

Planting tree saplings is just one way to restore habitat. Land managers across the region are also “releasing” spruce trees – a process which involves removing specific hardwood trees and allowing spruce trees to naturally regenerate in the newly open space.
Restoring red spruce habitat has rebounding positive effects for the region and the world, as spruce forests generate soil that is extremely effective at trapping carbon. Encouraging the tree to return to its historic locations could help return significant amounts of the lost carbon back to the landscape in less than 100 years.

A paper released by Central Appalachian Spruce Restoration Initiative scientists in 2014 suggests that at least 6.6 teragrams of carbon, equivalent to 56.4 million barrels of oil, would be incorporated in the forest floor within approximately 80 years by managing to restore historic spruce-dominated stands in West Virginia alone — a small portion of the tree’s historic range.

“We’re trying to restore the whole ecosystem,” explains Kelly. “What we do can enable many species to thrive – including our own. We have the history and we know the science. Now it’s time to do something.”

Amy Renfranz is the Director of Education and Natural Resources for the Grandfather Mountain Stewardship Foundation. She currently teaches at Lees-McRae College in Banner Elk, N.C.